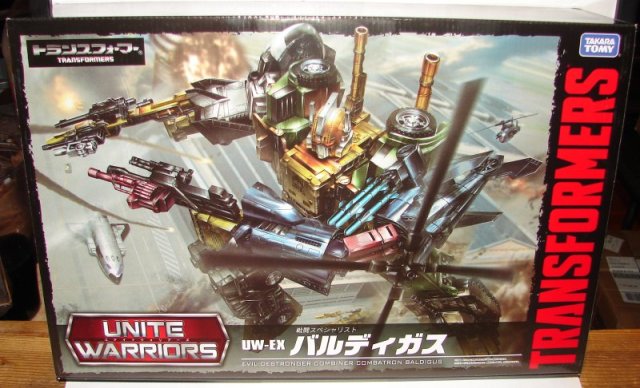 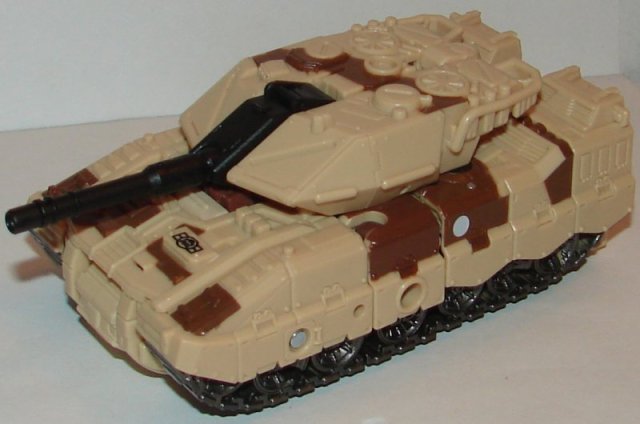 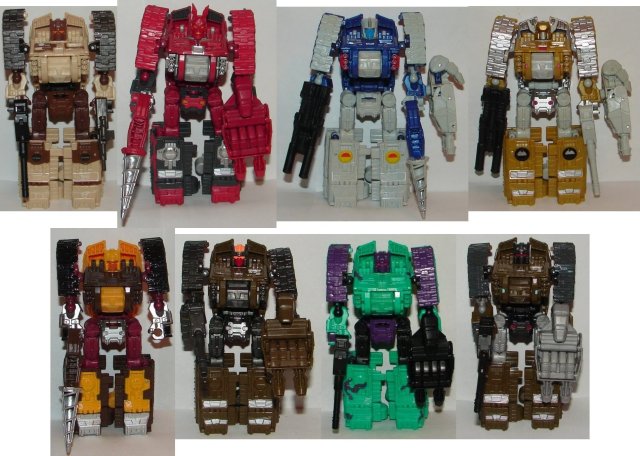 Dangar has an added weapon compared to other releases of this mold.  They have included the weapon from Unite Warriors Scavenger.  He’s been repainted in tan with brown camouflage.

I love the paintjob on Dolrailer.  The metallic gold paint looks awesome.  They have included the weapons from the Unite Warriors Scattershot repainted to match Dolrailer.  What I love about that is that he can keep his regular guns on his back the way he should in robot mode and still have weapons.  I forgot to take a picture of it, but Baldigus uses the hands and feet from Combiner Wars Computron, and the can attach to Dolrailer on each side.  It doesn’t look great, but at least there is a place to store them in vehicle mode. 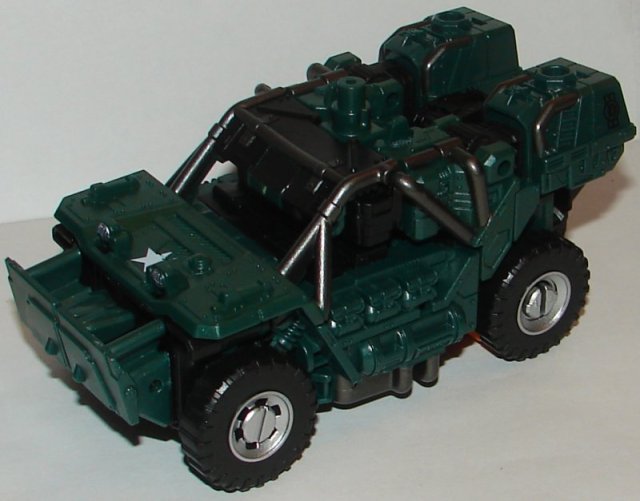 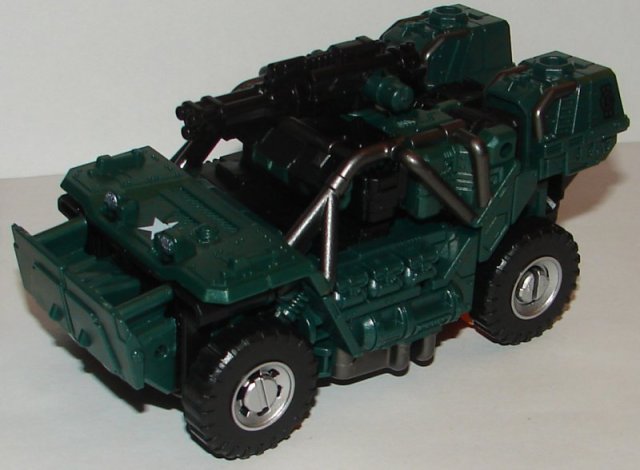 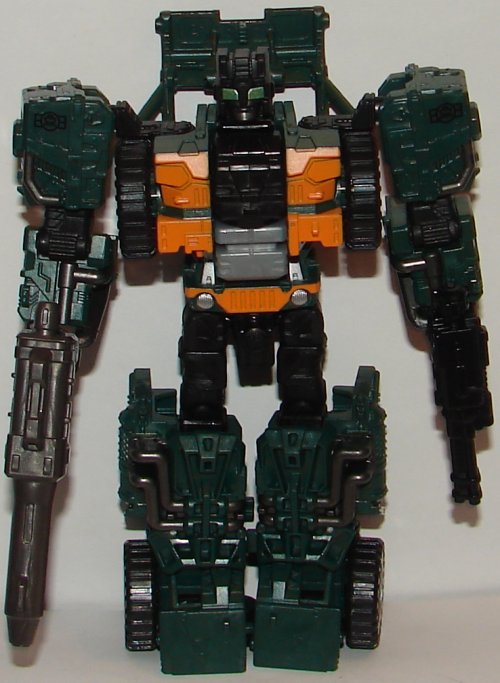 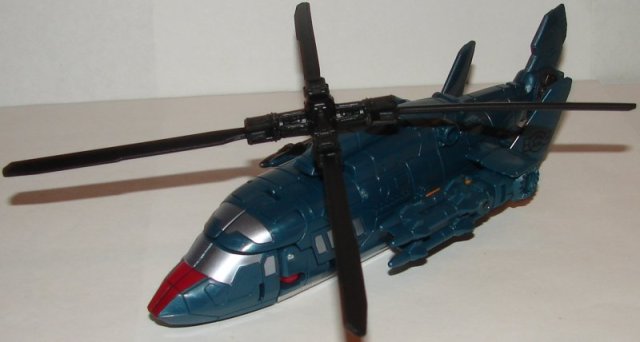 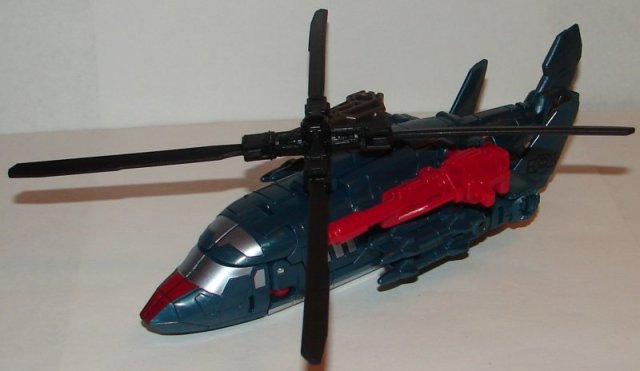 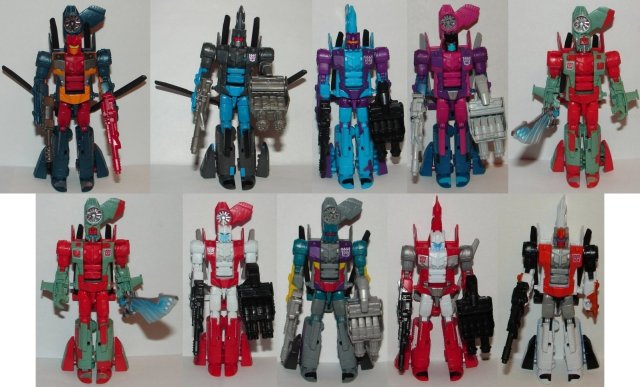 I love the paint apps on Hepter in robot mode.  The red and orange look great on the green.  It is a shame that this is only the second, and likely last, use of the four blades on this mold.  I like it way more than the dual bladed rotors.  He comes with Unite Warriors Mixmaster’s gun. 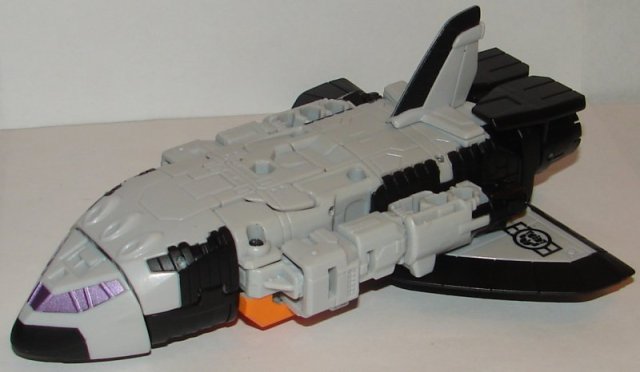 Amazingly, this is only the second use of this mold making him the least repainted Unite Warriors/Combiner Wars mold (of the toys that actually combine).  Shuttler might be the most interesting toy in the set.  They actually have him transform differently than Blastoff in order to give him the orange chest.  I like the look of it this way.  They did swap his arms so his hands are on the correct sides.  This was a very interesting choice.  They included the gun from Unite Warriors Scrapper. 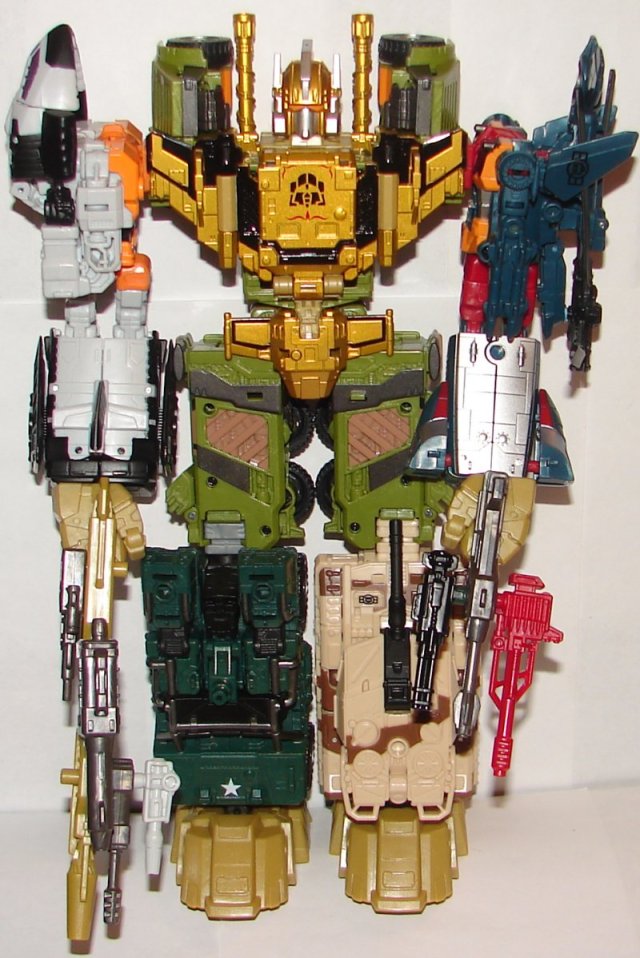 Baldigus looks amazing.  I love the gold chest shield with the inverted G2 Decepticon logo.  The inclusion of the extra weapons allows all his guns to combine, which is what the original Baldigus toy could do.  Takara puts so much more attention to detail into their toys (usually) than Hasbro.  They also did not use the interchangeable hands and feet, but instead used Combiner Wars Computron’s hands and feet.  I really like the look of those, and I’m glad they chose to use them for Baldigus.

Overall: There is no new molding on Baldigus, but I loved the look of him so much I had to get one.  He is a must, especially for Car Robots/Robots in Disguise fans.

I’m 36 years old, and I work in network tech support for a public school system. I am a huge fan of Star Trek, Transformers, Harry Potter, and Marvel Comics as well as numerous other fandoms. I’m a big sports fan, especially the Boston Red Sox and the New England Patriots. I collect toys (mostly Transformers but other stuff too), comic books, and Red Sox baseball cards. I watch an obscene amount of television and love going to the movies. I am hopelessly addicted to Wizard Rock and I write Harry Potter Fanfiction, though these days I am working on a couple of different original YA novels.
View all posts by lmb3 →
This entry was posted in Toy Reviews, Toys, Transformers and tagged Armorhide, Baldigus, Combiner Wars, Dangar, Dolrailer, Generations, Greejeeber, Hepter, Mega-Octane, Movor, Ro-Tor, Rollbar, Runiation, Shuttler, Toys, Transformers, Transformers Generations. Bookmark the permalink.