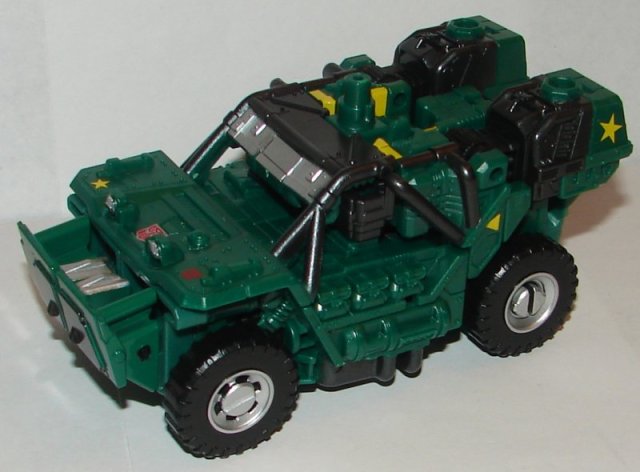 Hound only has minor color changes from the USA version.  He’s got some additional silver paint details including his hub caps which look great.  He’s got some yellow stars and other markings.  Oddly, they made the combiner connector in his chest gray.  The USA version was green which looked better.  He also has an extra weapon.  The ax that would normally come with Ratchet is for Hound in this set as Ratchet has a different weapon.  This is probably because giving Ratchet an ax is stupid. 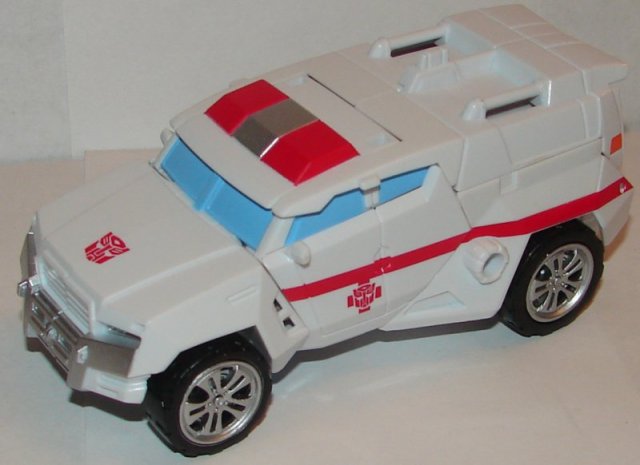 This is the first real version of Ratchet we’ve gotten as the Botcon Ratchet was unpainted.  It uses the same Autobot symbol over the cross as Masterpiece Ratchet.  They did a really nice job with the blue paint on his chest in robot mode to simulate the window.  In truck mode, Takara painted Trailbreaker’s front bumper and grill silver, but forgot to paint the rear side windows.  They also left out some of the colored striping on his sides from the USA version.  In robot mode Trailbreaker’s red parts are now gray, but they have added red paint in several places.  The blue on his chest is meant to make it look like a window, but they didn’t paint the middle, so that doesn’t really work.

Overall, the paint scheme for Sky Lynx is the same as the USA version.  There are minor differences you can see when you look at the side by side like the gray in the USA version’s legs.  The Unite Warriors version also has red inside it’s mouth and is missing some of the gold marking on the head. 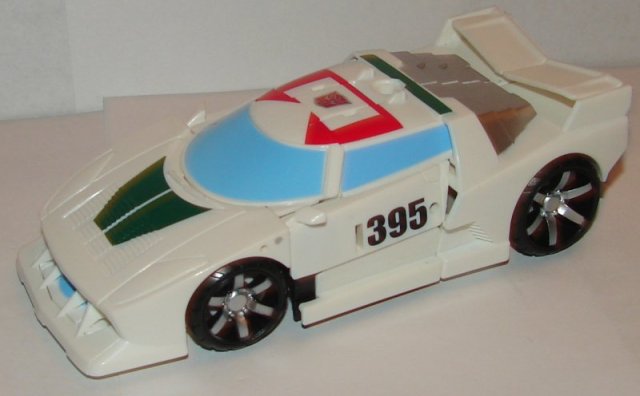 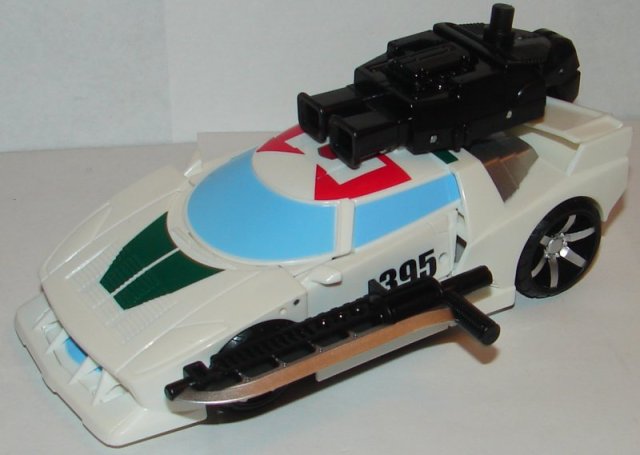 The paintjob on Wheeljack is very different from the USA version.  The USA version is painted to look more like the toy while the Japanese version looks more like the animation.  Both look great, it just a matter of which one do you prefer. 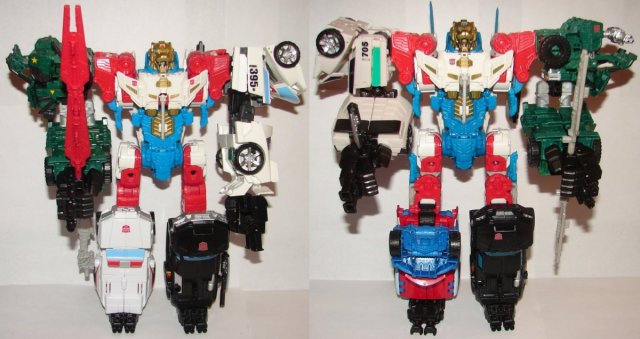 Unite Warriors Lynxmaster is assembled differently than the USA version swapping out Smokescreen for Ratchet and swapping the arms, but overall they don’t look that different.  I didn’t transform his upper legs correctly on the Unite Warriors version in the pick.  His thighs should be turned in 90 degrees.

Overall: It’s worth it for Ratchet, but none of the others are so much better than the USA versions.  If you don’t need Ratchet, you can probably skip this one.

I’m 36 years old, and I work in network tech support for a public school system. I am a huge fan of Star Trek, Transformers, Harry Potter, and Marvel Comics as well as numerous other fandoms. I’m a big sports fan, especially the Boston Red Sox and the New England Patriots. I collect toys (mostly Transformers but other stuff too), comic books, and Red Sox baseball cards. I watch an obscene amount of television and love going to the movies. I am hopelessly addicted to Wizard Rock and I write Harry Potter Fanfiction, though these days I am working on a couple of different original YA novels.
View all posts by lmb3 →
This entry was posted in Toy Reviews, Toys, Transformers and tagged Combiner Wars, Generations, Hound, Lynxmaster, Ratchet, Sky Lynx, Toys, Trailbreaker, Transformers, Transformers Generations, Wheeljack. Bookmark the permalink.