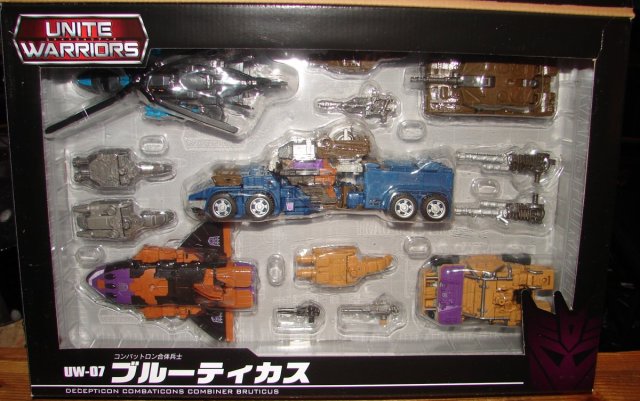 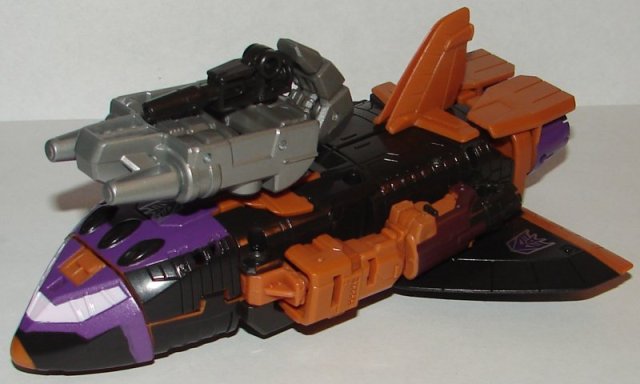 Vehicle Mode: Blast Off is the first completely new Combiner Wars/Unite Warriors mold since Swindle/Brawl.  He looks really good.  While I would prefer him look a little more like a classic space shuttle than a futuristic one, it’s a pretty cool looking design.  I would kind of like more brown, but the colors look great.

Robot Mode: Unfortunately, he has an enormous design flaw.  The jet nose is made up of five different pieces.  I have yet to transform him without popping at least two if not three parts off him.  They would have done better to make the nose smaller, and have it just flip down and twist around to become his chest.  His head is also poorly designed (though nicely sculpted).  It falls off if you look at it funny.  It’s just not a very good joint.  Overall, he’s not bad, and at least we get a real Blast Off.  Hopefully Hasbro will release him on card, both in G1 and G2 versions.  I know, it’s not going to happen, the G2 at least. 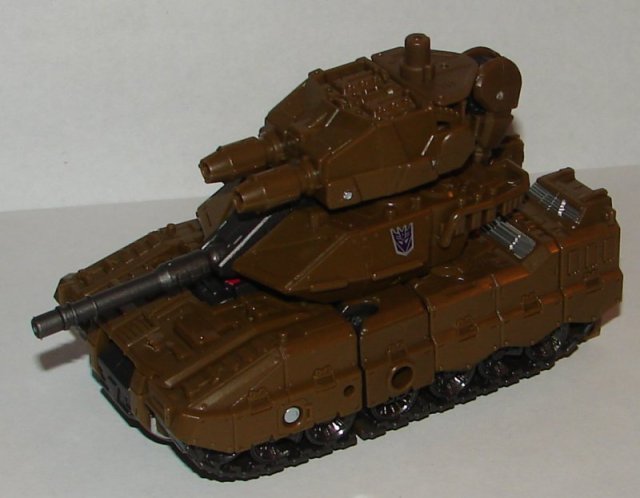 In vehicle mode, brawl is almost identical to the USA version.  In robot mode, you can see that the connector in his chest is black and as are his thighs.  His gun is also brown instead of silver.  They did a really nice job painting his head, which also differs from the USA version.  I think the Japanese looks a little better, but it’s so close, it’s almost a toss up.  What I don’t understand is why neither Hasbro nor Takara could make Brawl green like he is supposed to be.  I just don’t get it.  His toy has always been green.

Onslaught looks a million times better than the Hasbro version.  The silver paint on his barrels and wheels alone makes him look better, but he also has the brown cockpits and the really nice blue plastic instead of green.  The great color scheme continues on his robot mode.  The Japanese one is just better.  It’s beautiful. 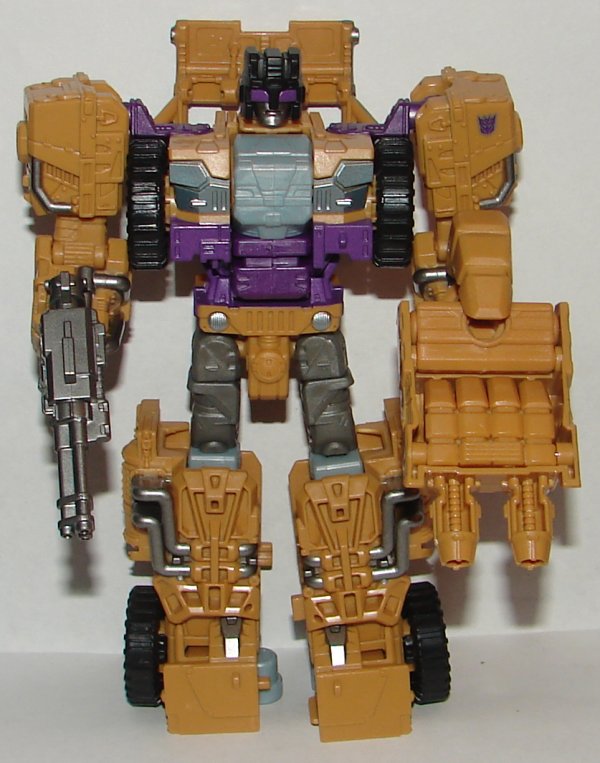 I love the silver piping instead of the black.  It really stands out.  I understand why they did the purple hood, to mirror the original toy’s flip down purple windshield.  It doesn’t take away from the toy, but I think I could have lived without that.  In robot mode, the purple paint on his lower chest on the combiner connector looks much better than the USA version. 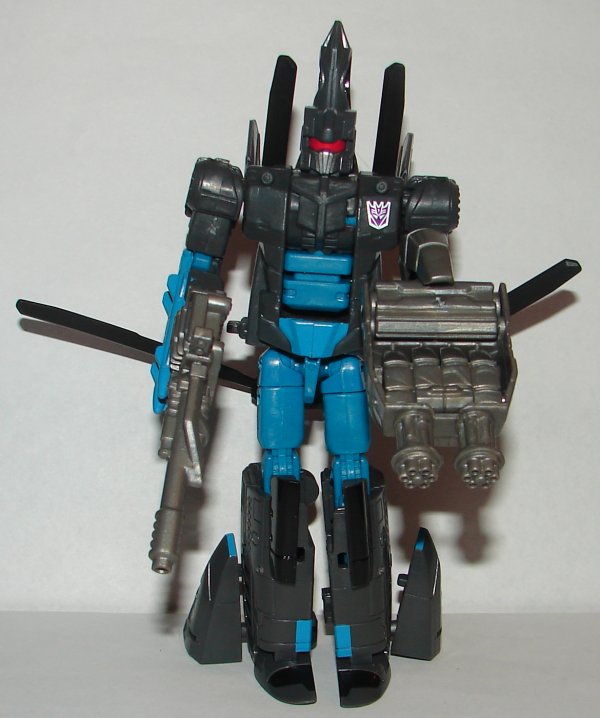 By Primus, I don’t believe it!  Are my eyes deceiving me!?!?  Takara made an intelligent mold change to the helicopter!  Hasbro should take note that it is actually possible to alter this mold in a way that doesn’t suck.  (For more on the helicopter mold change suck, read my Victorion review.)  They actually remolded Vortex’s rotors so he has four blades like the original toy.  Too bad they didn’t take it a couple steps further and change his missile to cannons and add a chin gun, but I’ll take what I can get.  Unfortunately, and I can’t believe I’m saying this, but the USA version looks more like the G1 toy in paint job.  I like the Japanese version, but the USA one has the purple chest of the original toy.  This one is nice looking though, just not as accurate as it could be.  They should have used the USA paint job and just continued the colors on his chest on the combiner connector.

The first thing that must be noted is that Bruticus’s chest should be silver.  That aside, I think this is a really great looking toy.  I would prefer the silver chest, but he looks so good, I really can’t complain too much.

Overall: My favorite version of Bruticus is the G2.  The chest on the G1 USA version is more accurate, but this one is overall the most accurate from two versions that are not completely G1 accurate.  As of now this is also the only way to get the Blast Off mold, so I’ve got to say Unite Warriors Bruticus is a must.

I’m 36 years old, and I work in network tech support for a public school system. I am a huge fan of Star Trek, Transformers, Harry Potter, and Marvel Comics as well as numerous other fandoms. I’m a big sports fan, especially the Boston Red Sox and the New England Patriots. I collect toys (mostly Transformers but other stuff too), comic books, and Red Sox baseball cards. I watch an obscene amount of television and love going to the movies. I am hopelessly addicted to Wizard Rock and I write Harry Potter Fanfiction, though these days I am working on a couple of different original YA novels.
View all posts by lmb3 →
This entry was posted in Toy Reviews, Toys, Transformers and tagged Blast Off, Brawl, Bruticus, Combaticons, Combiner Wars, Generations, Onslaught, Swindle, Toys, Transformers, Transformers Generations, Vortex. Bookmark the permalink.