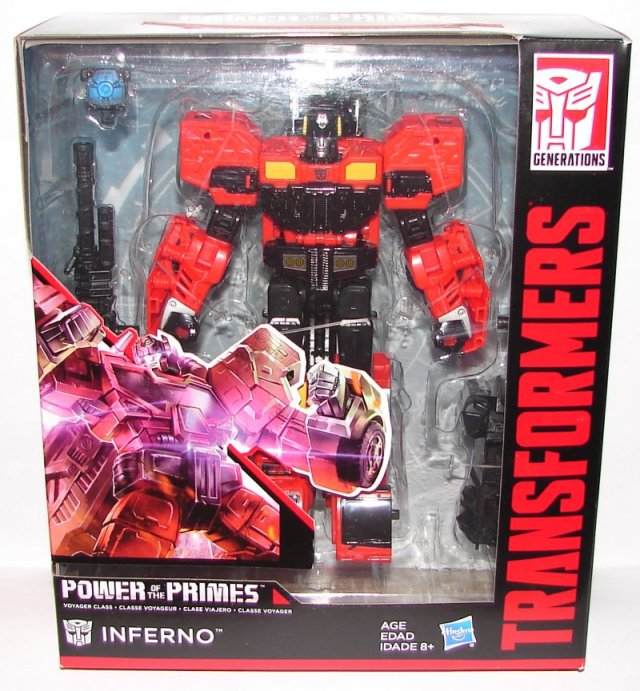 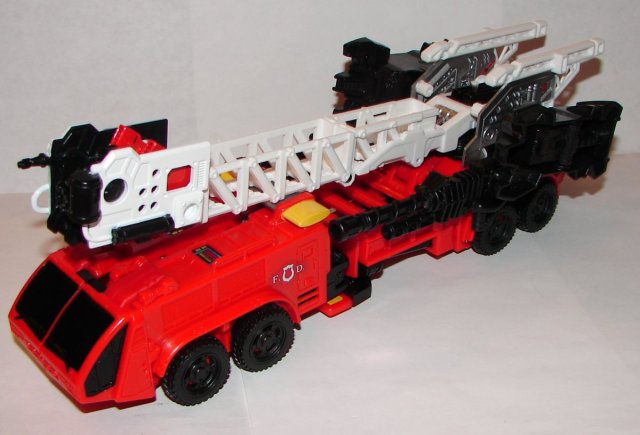 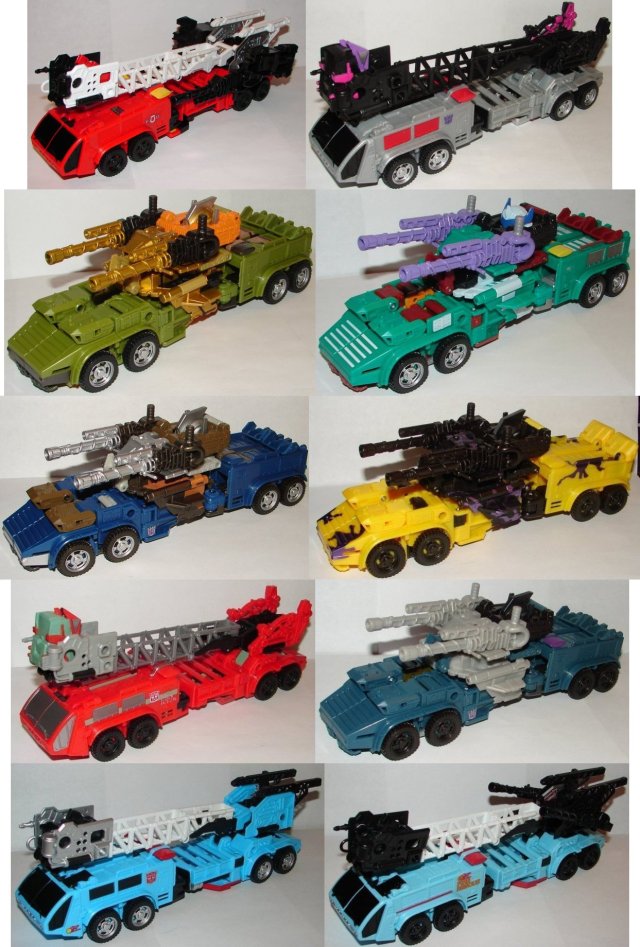 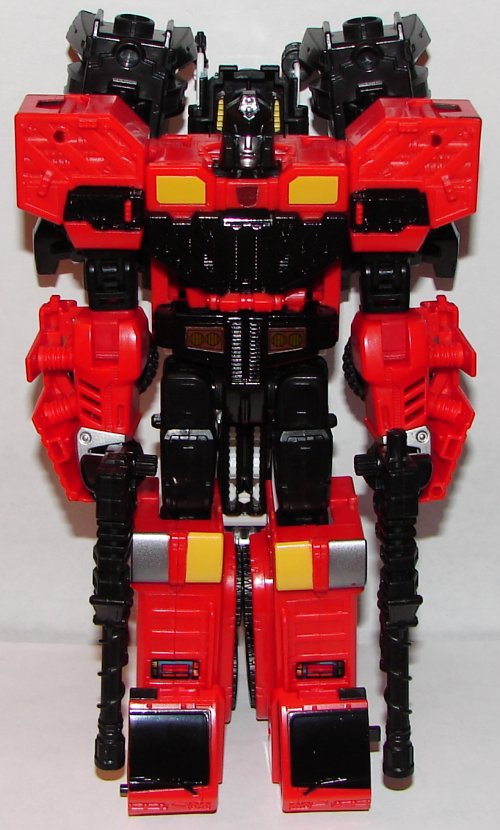 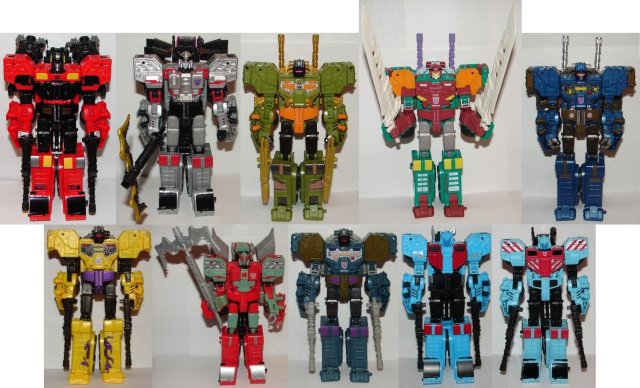 I think this mold is starting to show it’s overuse. I couldn’t get his vehicle mode “flat”. His middle four wheels don’t touch the surface. After ten uses I think this mold needs to be retired. I like Inferno’s head sculpt, but this toy is a throw away so they had a third wave of Voyagers. He has no limbs, and hence no combiner form.

Overall: For completists only. He’s not a bad toy, he’s just kind of pointless without combiner limbs.