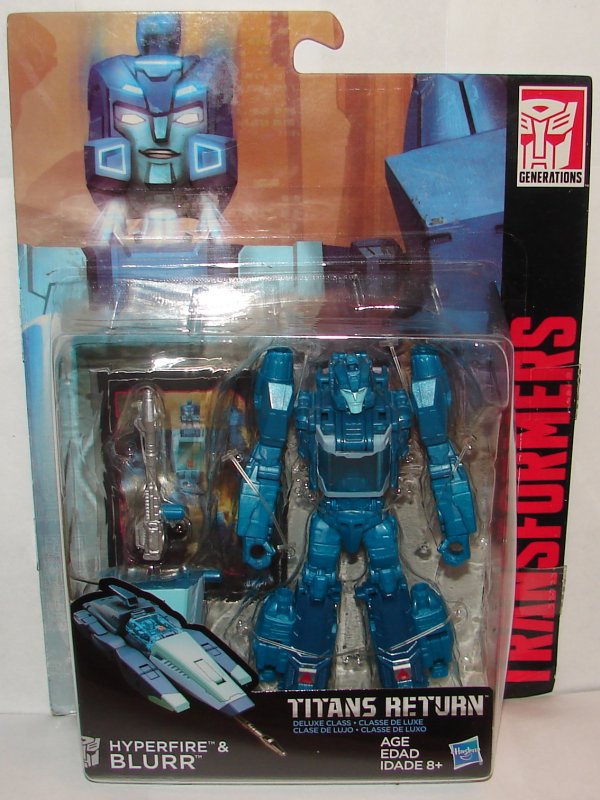 Titan Master: Hyperfire is regrettably not named Haywire.  I think they did a pretty good head sculpt for Blurr.  The piece that sticks up on the top of his head was a nice touch.  These things are really small, so there really isn’t too much to the robot mode.

Vehicle Mode: Blurr’s vehicle mode is awesome, at least as far as the mold is concerned.  He is woefully lacking in needed paint apps.  The mold does look a lot like the G1.  Really couldn’t ask for more accept of course for some paint. 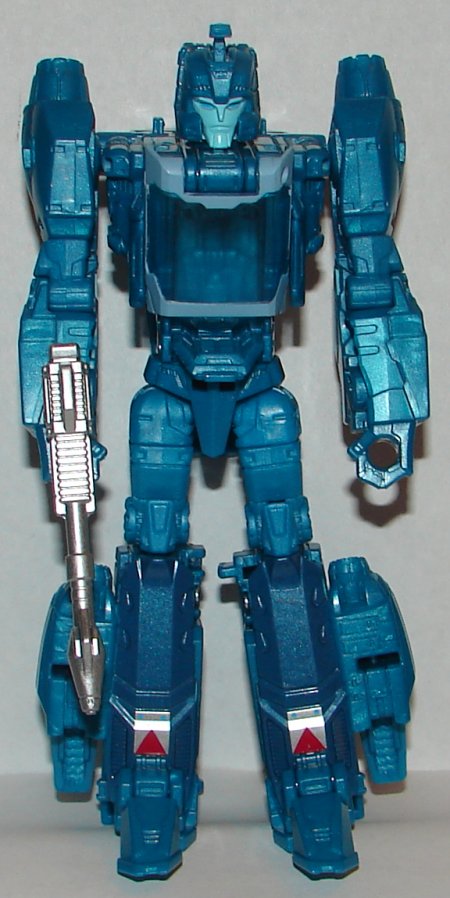 Robot Mode: Blurr is definitely the best Blurr toy since G1, but unfortunately, he’s just…blue.  That’s pretty much it.  He doesn’t look anything like G1 Blurr.  How Hasbro could fuck this up so royally, I don’t know.  Takara’s version is perfectly painted.

Overall: What could have been an amazing toy, the issue of him being unnecessarily a Titan Master aside, is ruined by a shitty paint job, or lack of a paint job.  Way to go Hasbro, you screwed it up again.  I say skip this one and wait for the Takara version.  It will be a million times better.