Unite Warriors Breakdown uses white plastic versus the more cream colored Hasbro release. White is more cartoon accurate, while the Hasbro one is more accurate to the toy. This is going to be true of most of this set. Other than that in vehicle mode the deco is pretty similar. The main change is the placement of the Decepticon logo on his hood. I prefer the Japanese placement, though again, the Hasbro version may be more accurate to the toy. The strangest change is that they gave him the same hand/foot/gun as Drag Strip. Breakdown’s HFG was designed specifically to connect to his vehicle mode. I prefer the matched sets for the hands and feet, but this toy was designed specifically for that part, so it makes little sense to use a different one. In robot mode he has numerous differences, most notably the white instead of blue on his neck and white verses silver and blue on his chest. I kind of prefer the look of the Japanese one. 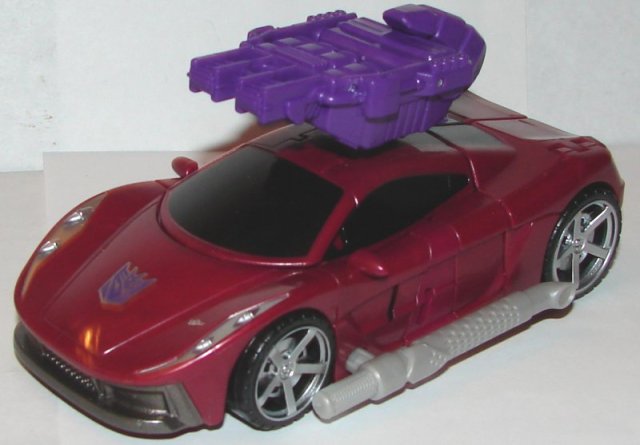 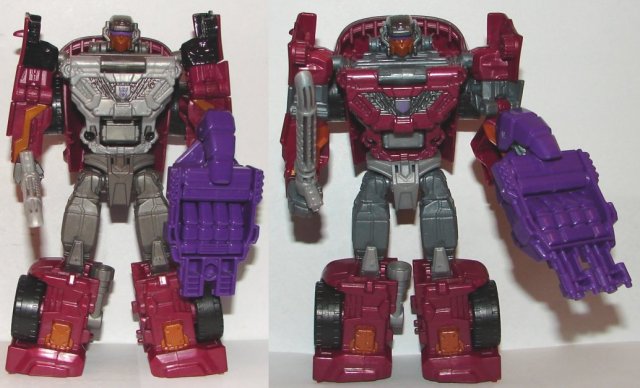 Again, Dead End is more animation accurate which means losing the gray side panels and the striping in car mode. In robot mode he gets black shoulders and a gray chest and torso with some other changes as well. I kind of like the red chest on the Hasbro version, but both look great. 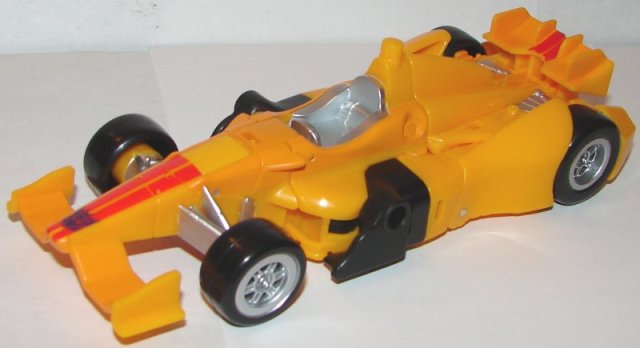 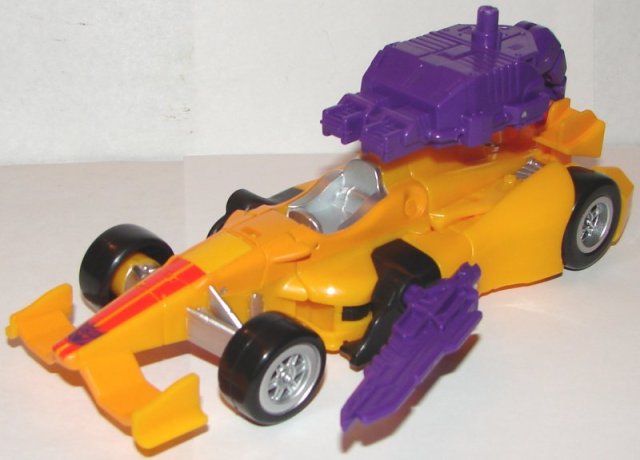 For most of these Hasbro went with a more toy accurate look while Takara went for an animation look. What is odd is that the G1 toy doesn’t have the maroon striping on his sides in vehicle mode. The Hasbro version is not bad looking, but I much prefer the Takara version that is mostly yellow. I can see why they made his shoulders black. In the cartoon, those were wheels (if I remember correctly). I could have lived without that black in robot mode to have had his car mode almost completely yellow. Still looks great in car mode though. In robot mode I don’t know Hasbro got the deco, as Drag Strip is mostly yellow. The Takara version is more accurate, though overall I think I like the Hasbro deco on his robot mode. I know the Hasbro version’s face is accurate to the toy, but on this mold it looks pretty bad. The Takara version’s face has a much better paintjob.

Again with Motormaster it’s about toy versus cartoon, but the Takara version with it’s gunmetal plastic and silver looks awesome. The Hasbro version looks fine, but nowhere near as great as the Takara version. Unfortunately, according to TFWiki there are reports of the stomach area breaking. I didn’t know this before buying a used one, but mine is fine. He’s going on a shelf and never transforming again though. 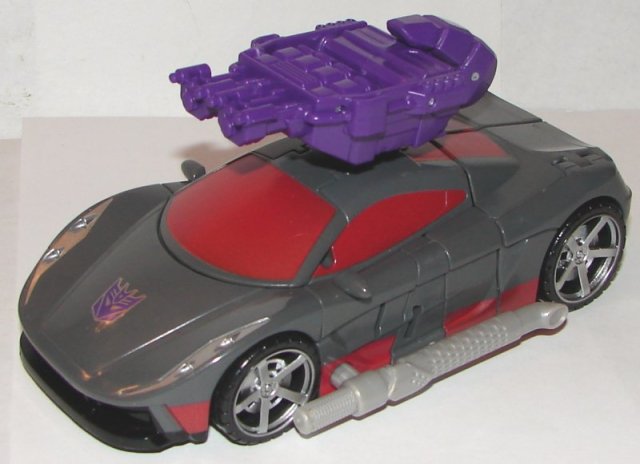 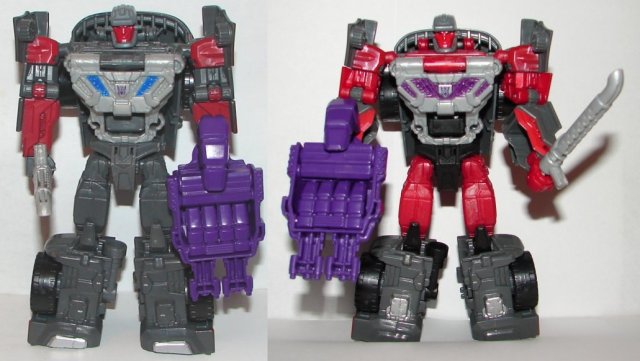 I still say that head sculpt looks nothing like Menasor at all. I prefer the Takara version of Menasor. The main reason is that he came with all five correct bots. Hasbro does not get off the hook for how badly they screwed up with that IDW garbage just because they gave us Wildrider (Brake-Neck) later. While I like the addition of Blackjack to Menasor for the Hasbro version, that is partly because the Hasbro version’s chest is gray, when it’s supposed to be black. The chest on the Takara version is black, so Blackjack isn’t needed. Also of note, the box art shows Dead End and Wildrider’s weapons on his shoulders as they are in the photo.

Overall: I prefer the Takara version overall, but it’s not like the Hasbro version is bad, just inferior, especially with Offroad included.

I’m 36 years old, and I work in network tech support for a public school system. I am a huge fan of Star Trek, Transformers, Harry Potter, and Marvel Comics as well as numerous other fandoms. I’m a big sports fan, especially the Boston Red Sox and the New England Patriots. I collect toys (mostly Transformers but other stuff too), comic books, and Red Sox baseball cards. I watch an obscene amount of television and love going to the movies. I am hopelessly addicted to Wizard Rock and I write Harry Potter Fanfiction, though these days I am working on a couple of different original YA novels.
View all posts by lmb3 →
This entry was posted in Toy Reviews, Toys, Transformers and tagged Breakdown, Combiner Wars, Dead End, Drag Strip, Generations, Menasor, Motormaster, Stunticons, Toys, Transformers, Transformers Generations, Wildrider. Bookmark the permalink.