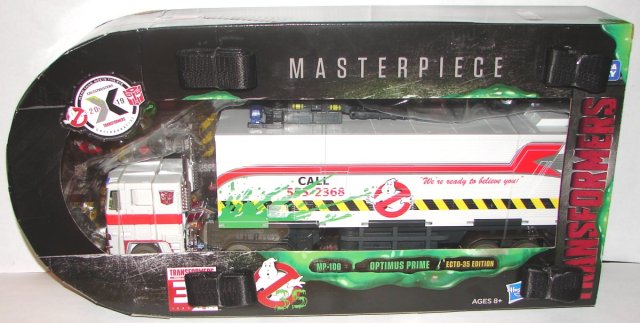 Since Transformers and Ghostbusters just happened to debut in the same year, they are getting a crossover in the forms of a transforming Ecto-1 called Ectotron and this Masterpiece Optimus Prime at Sand Diego Comic Con. Yeah, I don’t get it either. 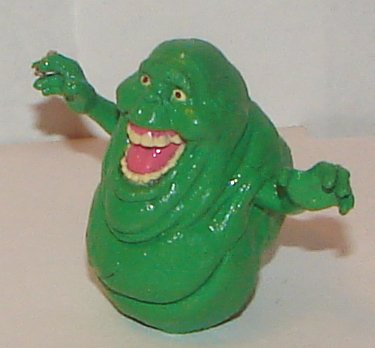 I believe this is the same Slimer mold that came with Ectotron. That one was translucent, and since they didn’t paint it at all, it didn’t look great. This is a very cool Slimer. 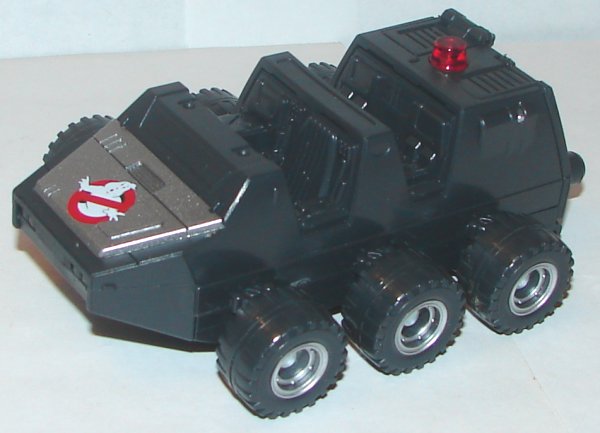 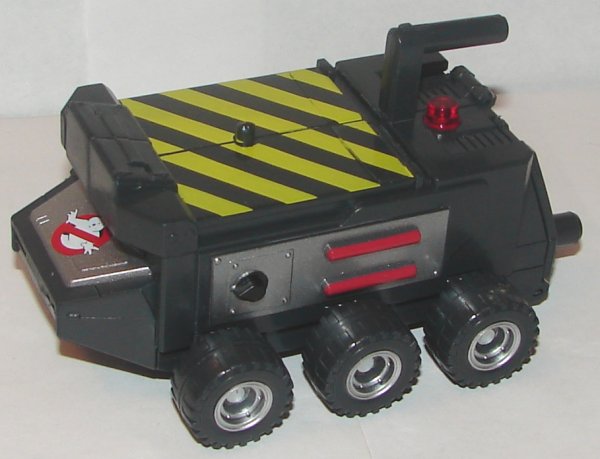 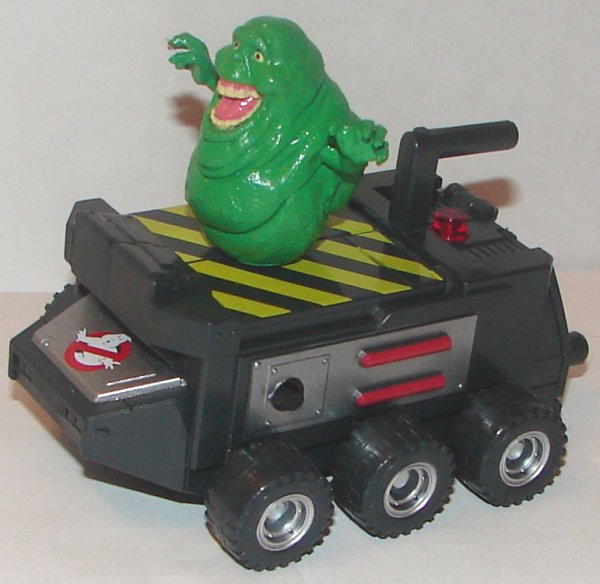 Roller has a new attachment to turn him into a ghost trap. Slimer can peg onto the top of it. I love the silver hood on Roller, and they went all out with the painted details. Kind of shocking given Hasbro’s usual half assed approach to painting toys. 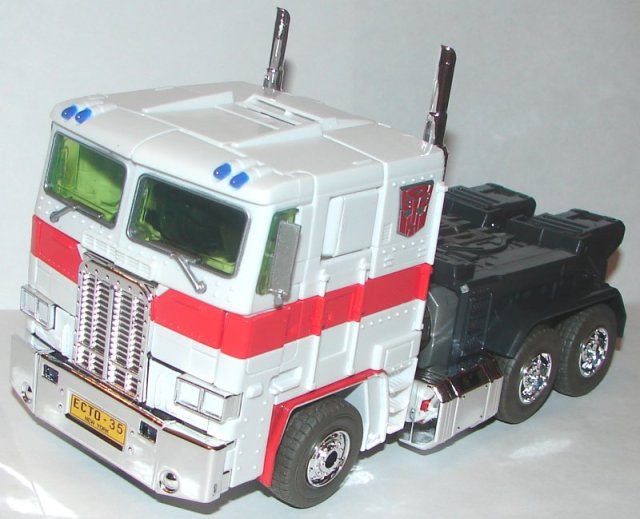 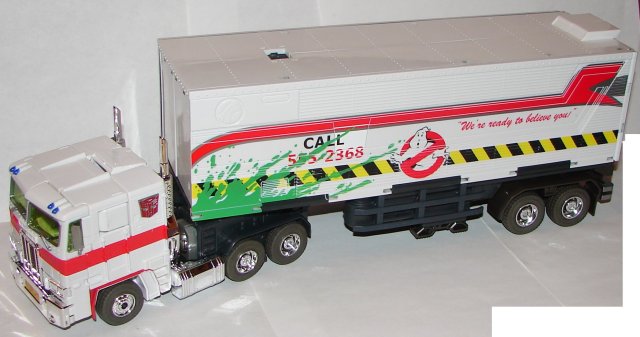 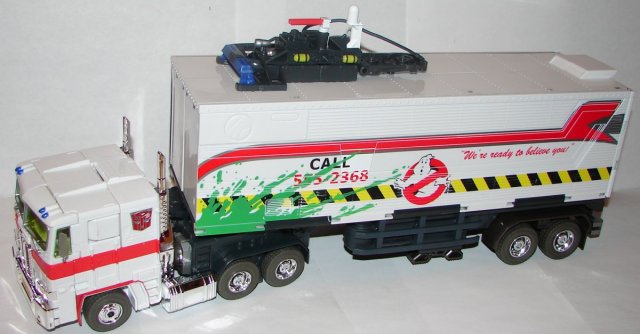 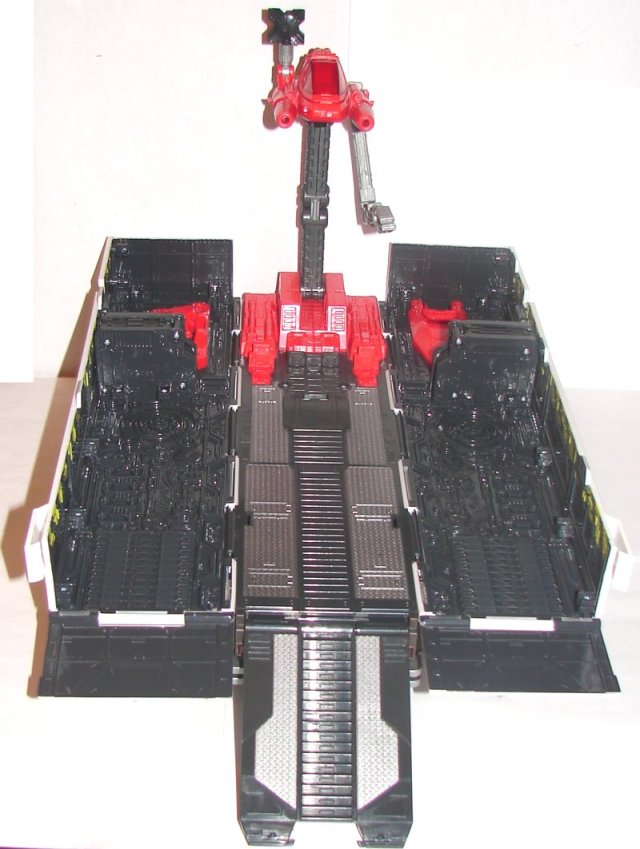 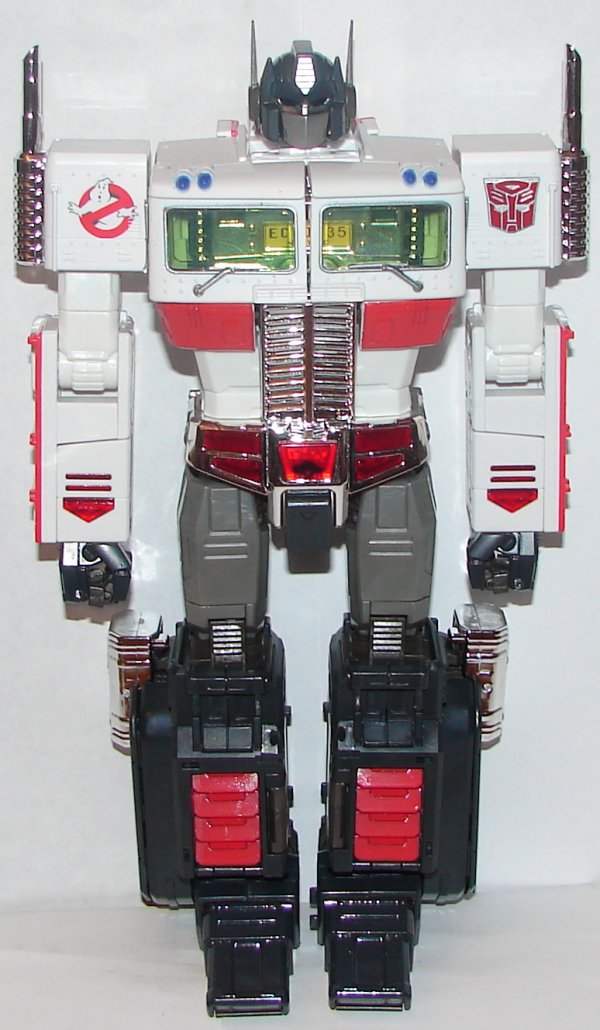 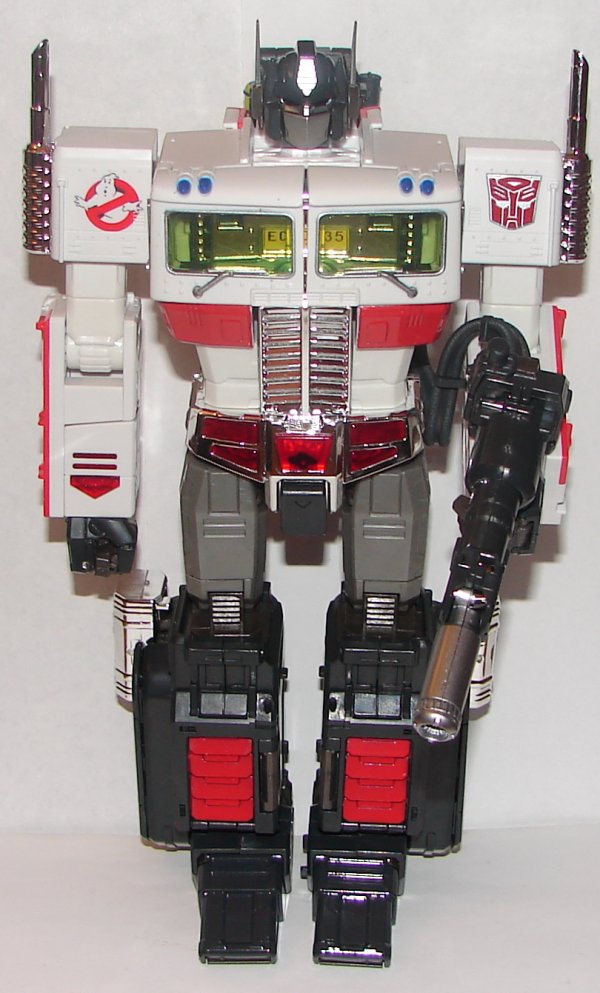 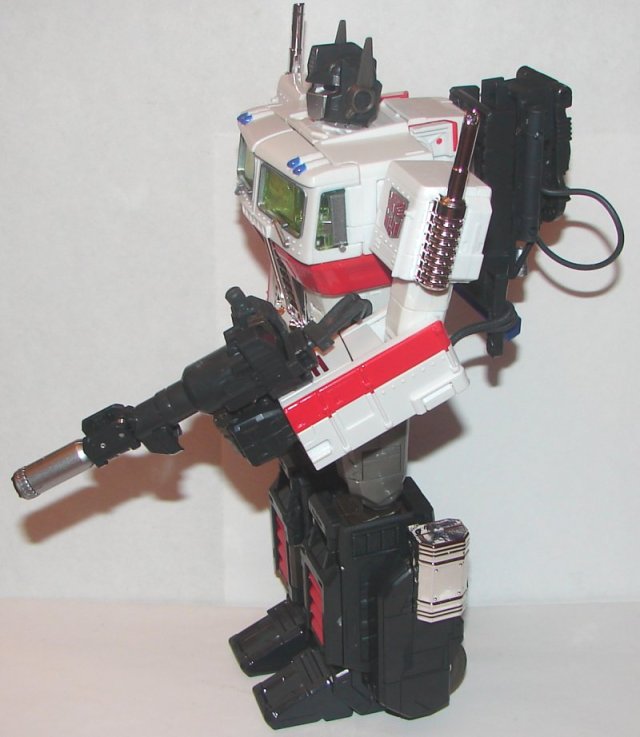 Wow. Optimus Prime looks amazing. I love the white cab with the red striping. His trailer looks amazing. He has a couple of new accessories. He has a proton pack that turns into a roof rack for his trailer. There is a new piece that clips on to the back of his gun with a peg on it to connect the hose from the proton pack.

Overall: If you love Transformers and if you love Ghostbusters, then this toy is an absolute must have. I can’t recommend it enough. I did have a hell of a time getting this toy. First Hasbro screwed everyone over by making them available on Hasbro Pulse to people who buy their premium service. Fuck you, Hasbro. That’s bullshit. I so miss Hasbro Toy Shop. Hasbro Pulse rarely has anything but preorders for items that I will find elsewhere long before they get them in. So that left me to go to eBay. I bought this on eBay THREE TIMES, and I was scammed all three times from Chinese sellers, all of whom had excellent feedback, and then suddenly just started either not sending things at all, or sending Lego figures. (They weren’t even real Lego figures, they were knockoffs.) I won’t go into all my phone calls to eBay and all the yelling I’ve done over this, but two of the three pieces of shit scammers still have active accounts. Did I get my money back? Yes. Has eBay failed miserably to police its site to prevent theses things from happening. Hell, yes. Finally I ended up paying $30 more for it from a USA seller. eBay needs to start vetting sellers in China before allowing them to sell on eBay to US buyers. I don’t care about eBay losing money, but I care about the time and energy I’ve wasted on this.

I’m 36 years old, and I work in network tech support for a public school system. I am a huge fan of Star Trek, Transformers, Harry Potter, and Marvel Comics as well as numerous other fandoms. I’m a big sports fan, especially the Boston Red Sox and the New England Patriots. I collect toys (mostly Transformers but other stuff too), comic books, and Red Sox baseball cards. I watch an obscene amount of television and love going to the movies. I am hopelessly addicted to Wizard Rock and I write Harry Potter Fanfiction, though these days I am working on a couple of different original YA novels.
View all posts by lmb3 →
This entry was posted in Toy Reviews, Toys, Transformers and tagged 35th Anniversary, Ghostbusters, Optimus Prime, San Diego Comic Con, SDCC, Toys, Transformers. Bookmark the permalink.