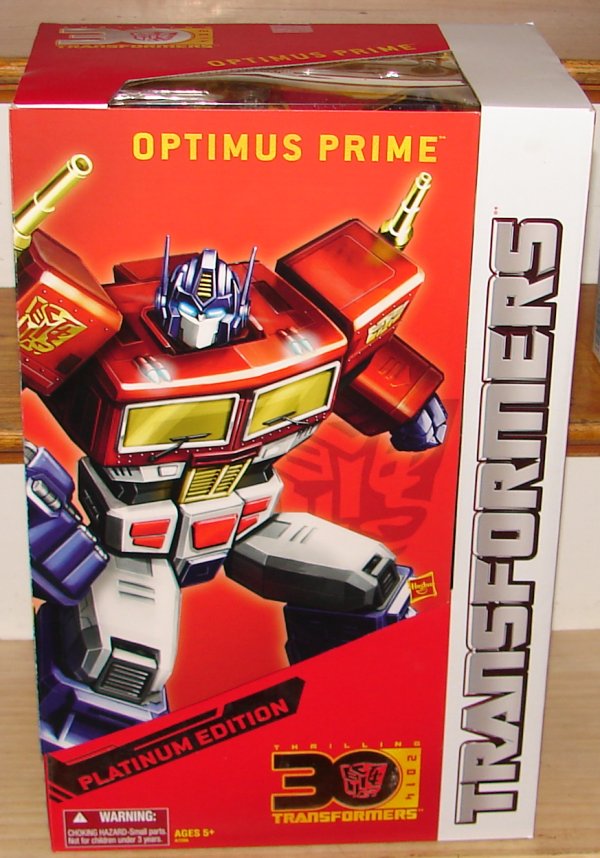 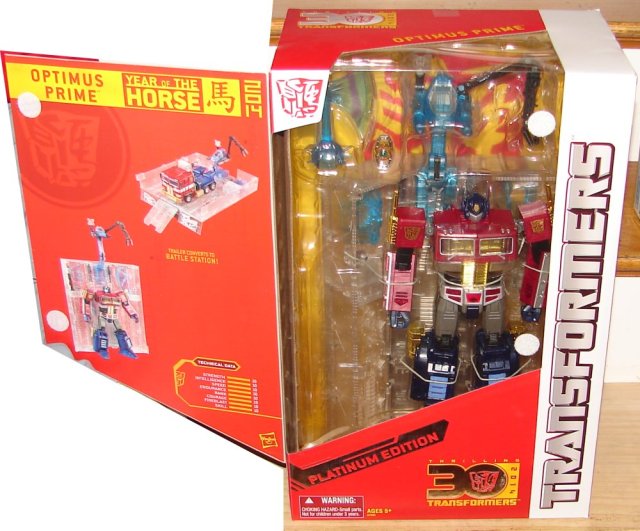 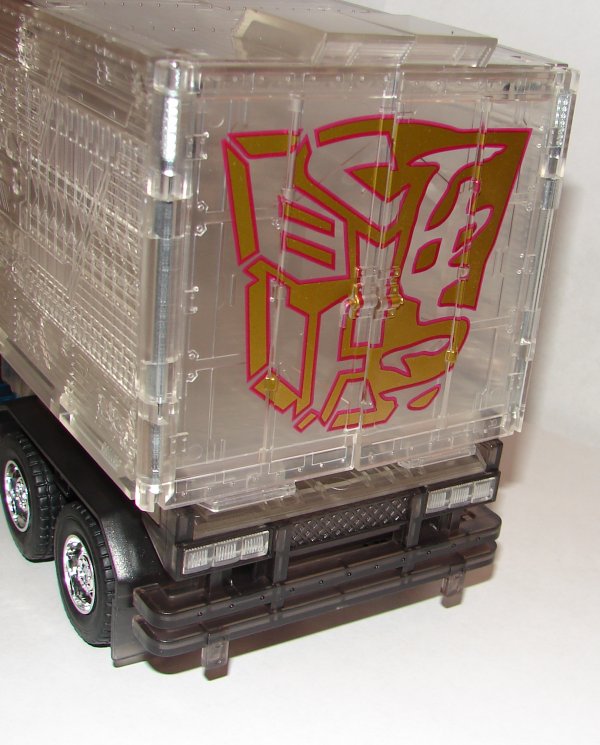 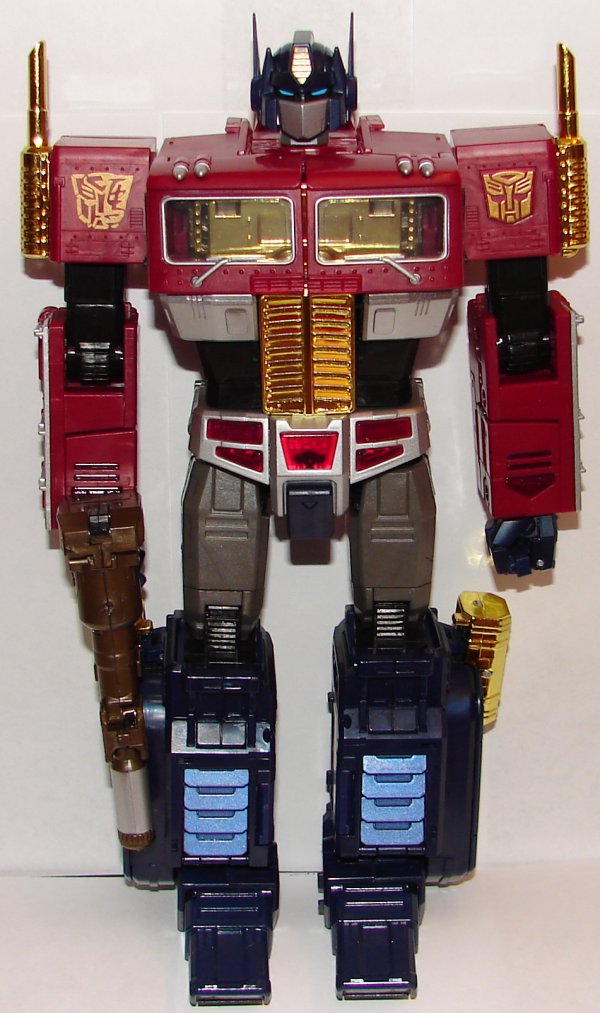 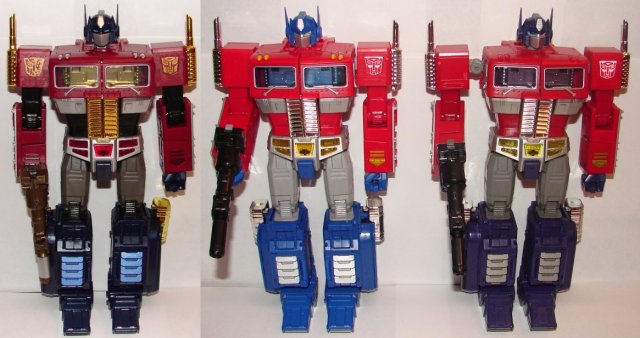 First off, Hasbro fixed the paint screw up on his fenders, so they get credit for that.  (See my review of the original USA release for details.)

Optimus Prime has been repainted in a dark red with dark metallic blue.  His elbows are black, which is a departure from most Optimus Prime toys but looks really nice.  His chrome is all gold and looks amazing.  On his right shoulder and the back of his trailer is the Year of the Horse Autobot symbol.  It looks nice, but it feels odd to have the raised molded logo on his left shoulder and the flat one on the right.

His trailer is done in clear and translucent blue plastic.  Not sure that really adds anything to the toy.  I think a black trailer would have looked awesome on him given the darker red and blue.  It might have been nice if they had used gold paint rather than silver for the stripes around the cab to match the chrome.

The unfortunate thing about this toy is that they left a part out.  While he does come with his axe in translucent blue (I didn’t get a picture) he does not come with Roller.  That makes no sense to me at all.  He also does not come with the Spike figure, but I think that’s less of an issue.  I would love an explanation from Hasbro as to why they removed Roller, but I know it’s unlikely we’ll ever get one.

Overall, this is a beautiful looking toy, but could have been better with a black (or other solid color) trailer and Roller.  Considering how hard the first release was to find, this at least gives everyone another opportunity to get the toy.

I’m 36 years old, and I work in network tech support for a public school system. I am a huge fan of Star Trek, Transformers, Harry Potter, and Marvel Comics as well as numerous other fandoms. I’m a big sports fan, especially the Boston Red Sox and the New England Patriots. I collect toys (mostly Transformers but other stuff too), comic books, and Red Sox baseball cards. I watch an obscene amount of television and love going to the movies. I am hopelessly addicted to Wizard Rock and I write Harry Potter Fanfiction, though these days I am working on a couple of different original YA novels.
View all posts by lmb3 →
This entry was posted in Toy Reviews, Toys, Transformers and tagged G1, Generation 1, Generation One, Masterpiece, Optimus Prime, Platinum Edition, Toys, Transformers, Year of the Horse. Bookmark the permalink.