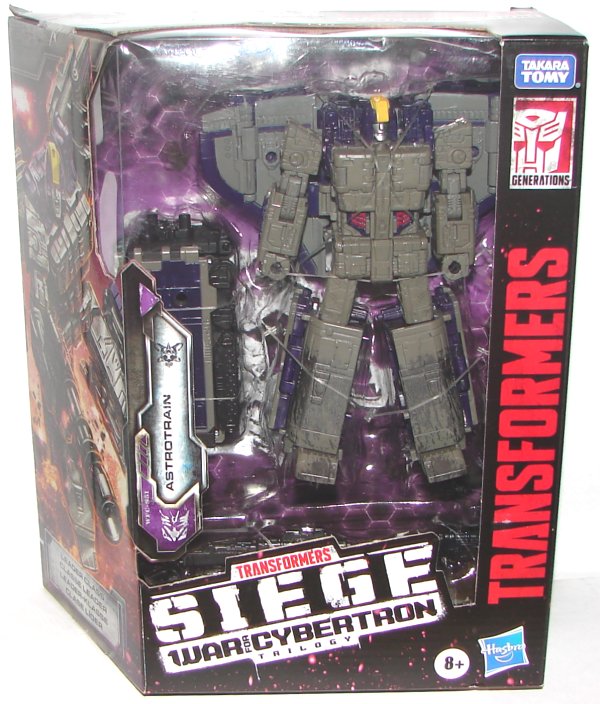 Locomotive Mode: A for effort, C for the results. If the front of the steam engine was as wide as the body, this wouldn’t be a bad toy, but as it is, it looks stupid. You have this big thick steam engine, accept at the front, which is only half as wide. I know the toy isn’t actually meant to go on a track, but the all the wheels should at least line up and they don’t. I do love that they gave him a tender though. I was a railfan before Transformers existed, and it’s always bothered me that Astrotrain didn’t have a tender. I know he doesn’t actually run on coal or wood, but it’s a crappy disguise, if he can’t pass for an actual steam engine. While it’s true that some steam engines have their tender built in, Astrotrain clearly does not. While his train mode isn’t great, at least they gave him a tender, and I really appreciate that. It’s also nice that all his weapons can be stored inside the tender. 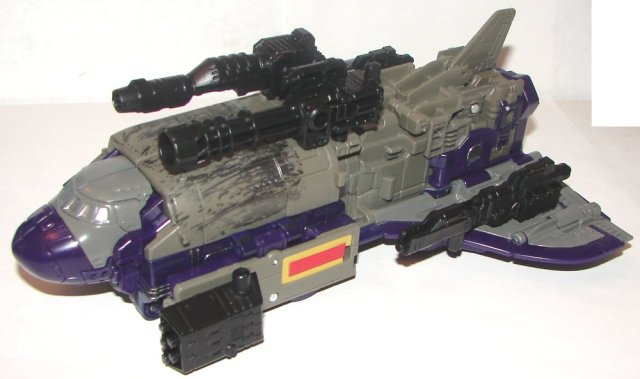 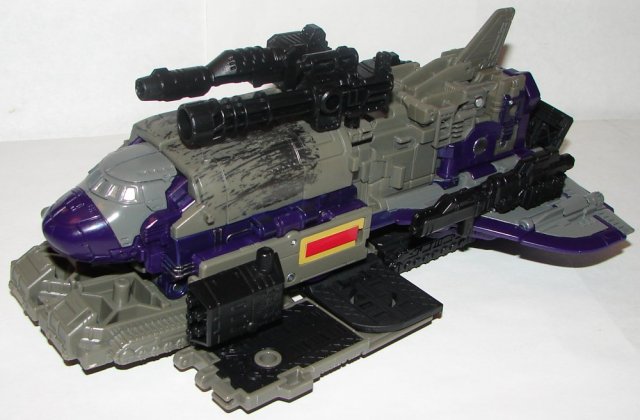 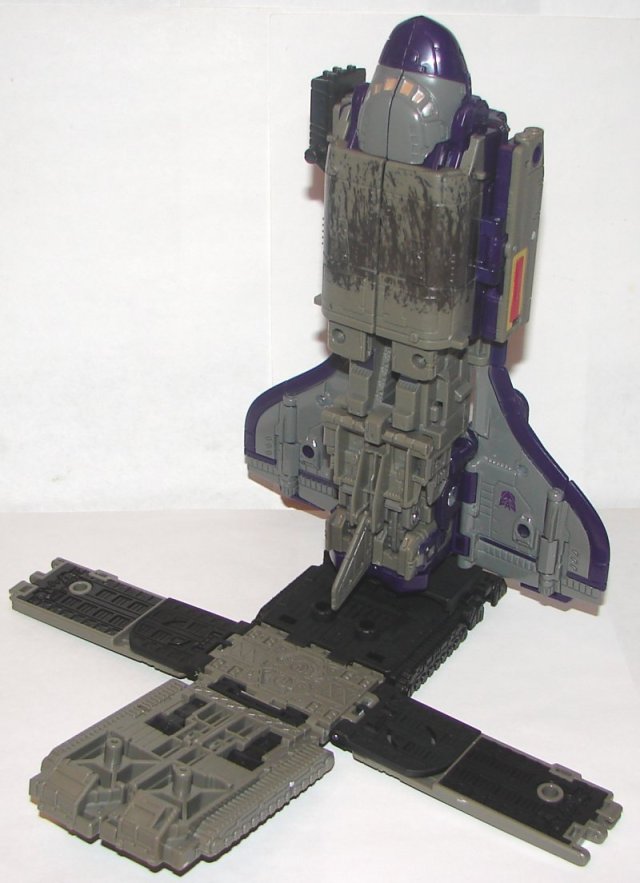 Space Shuttle Mode: In space shuttle mode, Astrotrain is a story in two parts. The first part being the front, which looks great, and the second part being the back, which sucks balls. The back half of the shuttle looks like it’s missing the outside. It looks ridiculous. If the ports for his weapons were further back on his roof, and closer to the fuselage on his wings, it *might* have made it a little less obvious. In this mod his tender can be used as a launch platform, or, I guess, a dock. He doesn’t tab into it, just lays on it. Both uses of the tender in this mode suck. It can’t unfold completely flat. The front section sticks up at an angle. Extremely poor design. 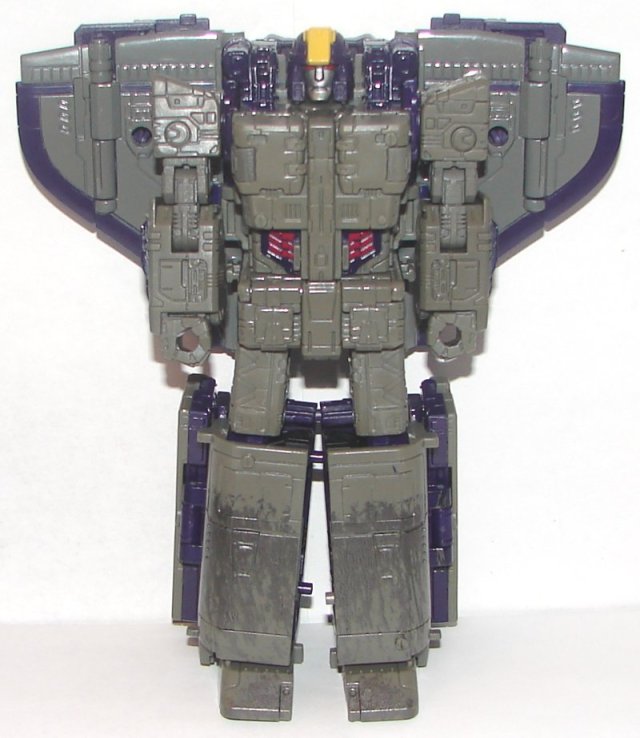 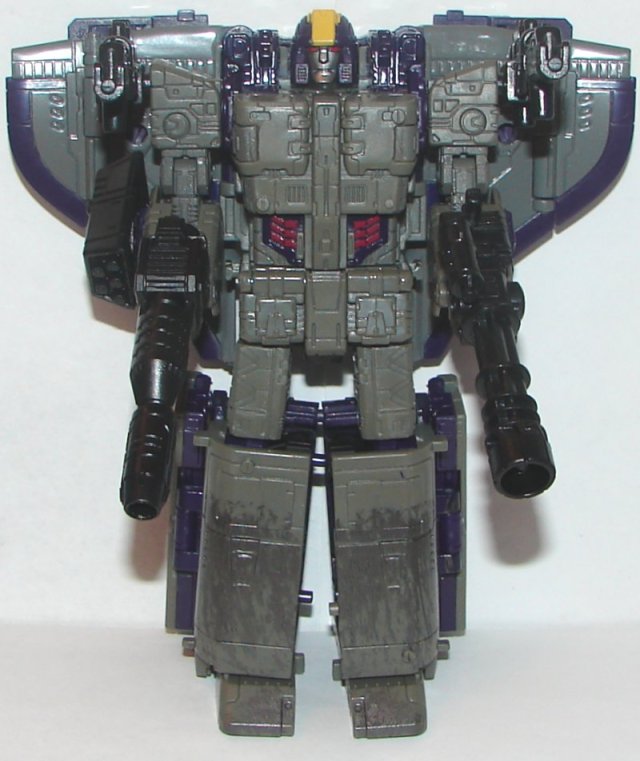 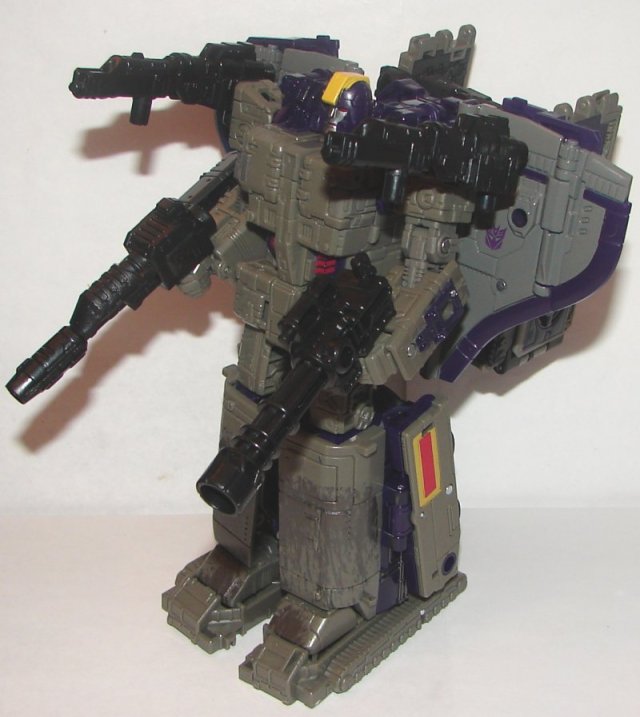 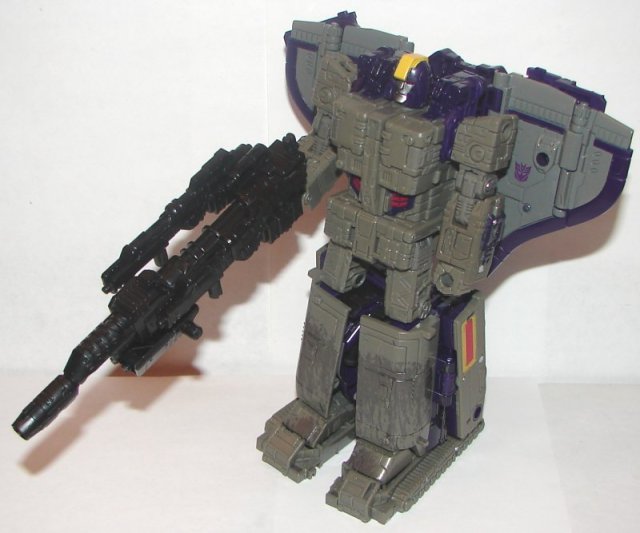 Robot Mode: In robot mode Astrotrain looks great. He’s got lots of guns. Unfortunately his legs are poorly designed so you can’t put them straight. The trailer becomes a backpack and larger feet. That doesn’t really add much to him.

Overall: Siege’s Leader Class toys have been hit or miss. Astrotrain is really a voyager class toy with accessories. Some terribly design choices make this toy a real disappointment. It doesn’t help that mine was broken in the box. One of the train side pieces on the back of his wing was broken off. I managed to stick it on to get the pics, but he’s going back to Amazon for a replacement. Hasbro’s quality continues to be absolute garbage.