According to Fun Publications, these were supposed to have shipped in mid December.  Instead they shipped in mid March.  Supposedly Chinese New Year caused a three week delay, but that doesn’t account for the previous two months.  Par for the course.  Oh well, at least it’s almost over! 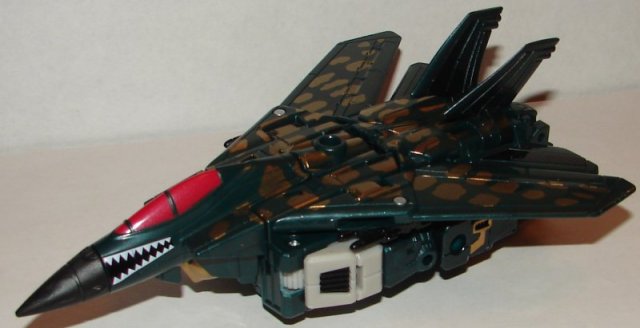 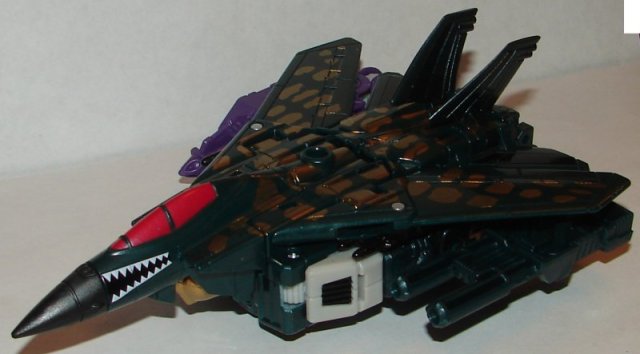 Where Botcon Terrorsaur was one of the best Fun Pub toys of last year, I was assuming that Fractyl would have the same art for the mouth that looked so cool.  It doesn’t.  The teeth that are on Fractyl might not look bad if they were continued onto the nose of the jet.  Now, I realize, you can’t paint that art of the soft plastic nose.  That’s why the Botcon Terrorsaur art worked so well.  His gold spots came out nice, so it’s really too bad his teeth look so silly.  In robot mode he looks great though.  Fractyl retains Terrorsaur’s amazing head sculpt, and I love the gold paint.  I would have given him an A if they had used Terrorsaur’s mouth art. 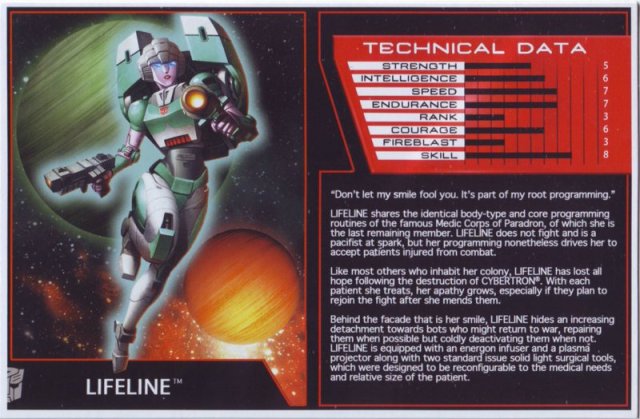 You knew there had to be one toy in this set that was a complete mess, and it’s Lifeline.  First of all, why they couldn’t just call her Paradron Medic, I don’t know.  I hate that they keep using GI Joe names so they don’t have to do trademark searches.  (I’m guessing that’s why they do it.)  The name aside, this could have been a pretty good toy.  The colors are perfect.  Unfortunately, there is a larger problem.  They used the wrong hand mold.  There are three different hands that have previously appeared on this mold.  The original version had an open hand, but the way it was designed, she could only hold her weapons by the very end of the handle.  It wouldn’t slide all the way through her hand.  They made a running change to a closed hand.  Both of these are flat pegs rather than round.  They then did a remolded hand with a round port for the SDCC version.  This one has the first version hands that can’t properly hold her weapons.  What’s worse, she comes with a Targetmaster partner, who has a round peg.  She is literally incapable of holding her own accessory.  It’s kind of too bad.  If it wasn’t so completely flawed it would be a good toy.  They actually used a defective mold.  Also, the sword won’t stay in her hip ports.  They fall out if you look at them funny. 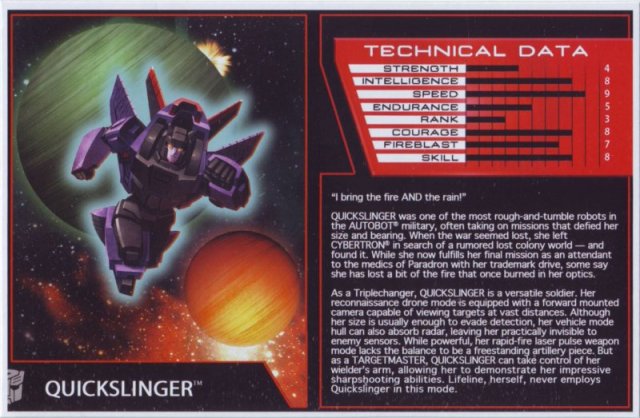 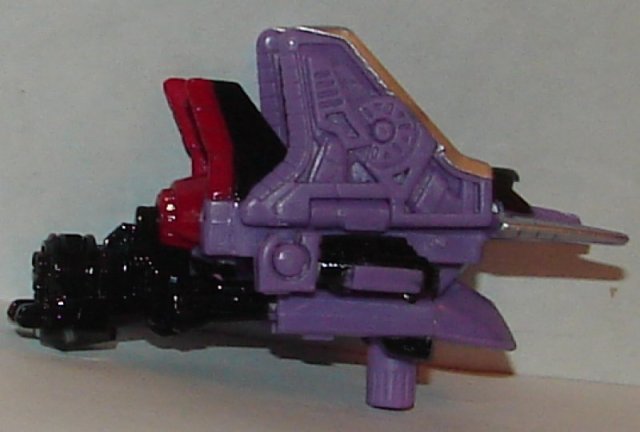 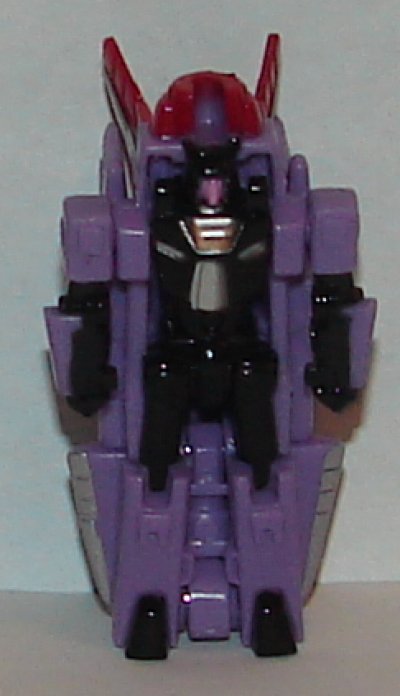 I am not sure why Lifeline needed a Targetmaster.  Quickslinger’s tech spec refers to him as a Triplechanger.  While technically correct, I think there is a distinction to be made between toys that just happen to have three modes and actual Triplechangers.  The paint job is okay.  I do like the white bordered Autobot logos.  Of course, since Lifeline can’t actually hold him… 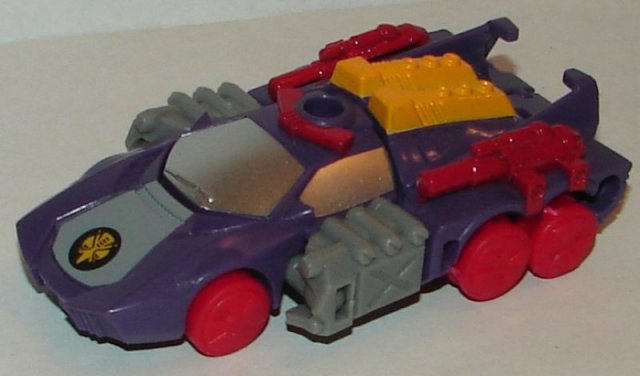 I found the idea of repainting Metroplex’s partner Scamper into Scorponok a little ridiculous.  And yet, he looks pretty good.  In vehicle mode there is nothing about him that makes me think of Scorponok, though he’s got some really nice paint detail on him.  In robot mode they did a great job painting his face, though he lacks the pinchers obviously.  I kind of like this one.  No one is more surprised than me.

I’m 36 years old, and I work in network tech support for a public school system. I am a huge fan of Star Trek, Transformers, Harry Potter, and Marvel Comics as well as numerous other fandoms. I’m a big sports fan, especially the Boston Red Sox and the New England Patriots. I collect toys (mostly Transformers but other stuff too), comic books, and Red Sox baseball cards. I watch an obscene amount of television and love going to the movies. I am hopelessly addicted to Wizard Rock and I write Harry Potter Fanfiction, though these days I am working on a couple of different original YA novels.
View all posts by lmb3 →
This entry was posted in Toy Reviews, Toys, Transformers and tagged Botcon, Botcon 2016, Fractyl, Lifeline, Paradron Medic, Quickslinger, Scorponok, Subscription Service, Subscription Service 4.0, Toys, Transformers, Transformers Collectors’ Club. Bookmark the permalink.