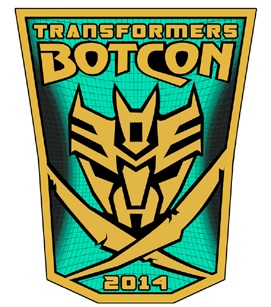 It’s that time of year again.  As usual with Botcon, there were some really good items, some okay items, some badly conceived items, and some shockingly awful items.  You’ll notice some missing links below to the toys, I’m still waiting for my convention set and pre-built custom class toy.  I’ve included pictures of all the merchandise including the freebies given out at the show.  Still waiting for the t-shirt, hat, pin, and Golden Ticket autograph print.  Also here are links to my two other blogs about Botcon 2014.

Thirty Party Toy Ban Enforced at Botcon, No One Cares

Just a couple of things before I get to the reviews.

Scorponok is misassembled.  He can transform, but you can’t move his shoulders into the correct position.  Amazingly that seems to be the only gross incompetence in the manufacture of this year’s toys.  A question about this issue was apparently asked at Botcon and the answer was something to the affect of the factory not being as careful with these short runs.  Hard to imagine that there are many businesses that receive substandard product and just turn around and gouge their consumers for the cost of it anyway.

Funny, you would think that Hasbro, the owners of the factories (I assume they own them) would insist on MORE care being taken considering how much more we will have to pay for these toys than the ones they usually make.  This level of deplorable quality is ill befitting a company like Hasbro and even worse that Fun Pub does not do anything about it is a joke.  Hasbro claims to love the fans. If that’s true, how about you don’t make our incredibly overpriced convention exclusives with the lowest quality?  It is unimaginable to me that this is still happening.

And to make it worse, I’ve heard from a friend of a friend of a friend that a well known person involved with Botcon (I won’t say who since it was in a semi private conversation) was on Facebook in a friends only chat complaining about how people should not buy third party toys because of their poor quality.  What he was probably really upset about is that people are skipping the deplorable Dread Pirate Crew in favor of the upcoming third party Pounce & Wingspan.

I have seen far less quality out of Botcon toys in recent years than on most third party product.  In fact, Quakewave is better quality than any toy Hasbro has made for Botcon in the Fun Pub error…I mean era.  Sorry, I tend to make mistakes in small paragraphs since they aren’t as important as the big ones. 🙂

Another well known person involved with Botcon complained that third party toys don’t have any story, so why would people want them.  First, that’s not true.  A lot of third party products have specific stories associated with them.  Many others are based on characters WHO ALREADY HAVE OFFICIAL STORIES.  Like all the G1 Headmasters that appeared in the original comic and The Rebirth.  Don’t tell me third party toys don’t have stories.  They have the stories that made many of us become fans in the first place.  That’s why we want the toys.  Hasbro seems to have finally figured this out as we see toys like Headmaster Brainstorm coming out soon.  Too bad Botcon hasn’t  Why don’t they just look at what toys have sold and what toys haven’t?  The blueprint is there and the proof is sitting unsold in their warehouse collecting dust.

And for the record, I don’t have many third party toys, I actually prefer official product.  I got Quakewave because he was perfect, and the Hearts of Steel toys because Hasbro didn’t make any and I loved the comic.  Other than that I just have cheaper smaller ones I bought on sale.  I PREFER Hasbro toys, but I understand why some people don’t.  The third party companies make the toys we want while Hasbro won’t.  I’m still waiting for them to do an actual new combiner set that doesn’t suck.

You want to argue legalities, fine.  I DON’T CARE if third party toys violate Hasbro’s IP.  It’s not my IP to care about, it’s theirs to defend.  Hasbro clearly won’t defend it.  Why don’t they?  Either it’s too big a task now, or they know they won’t win (or at least they won’t win on all of them).  A loss could be devastating, but that’s their decision to make.  They haven’t acted.  That’s not our (as in the fans) problem.

Third party toys exist to fill a gap that neither Hasbro or Botcon has been willing to fill.  Hasbro seems to be figuring this out.  Maybe one day Botcon will as well.  This year was Pirates vs. Knights.  What’s next?  My Little Pony vs. Jem and the Holograms?  Do all the characters as repaints of movie toys?  Maybe they can do GI Joe vs. Cobra and use the exclusives for the GI Joe con too.  I could sit around all day coming up with horrible ideas, but Botcon seems to be doing really well on their own.

Click here for my post regarding the continuing quality control issues with Botcon toys.  New information has come to light suggesting they are knowingly providing low quality toys. 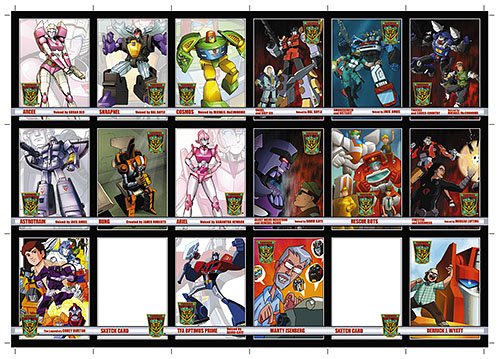 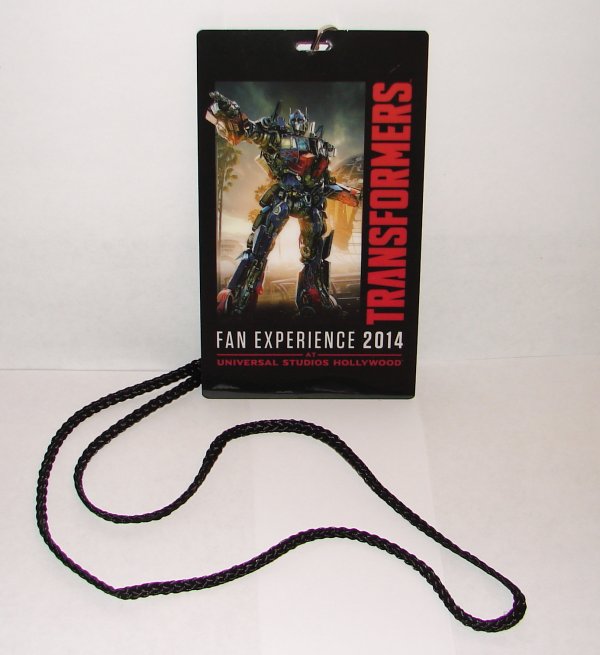 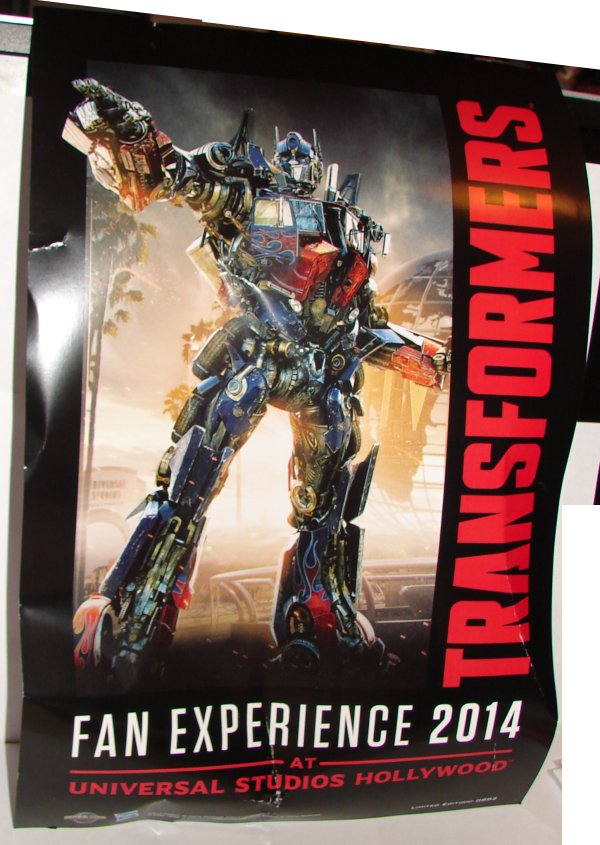 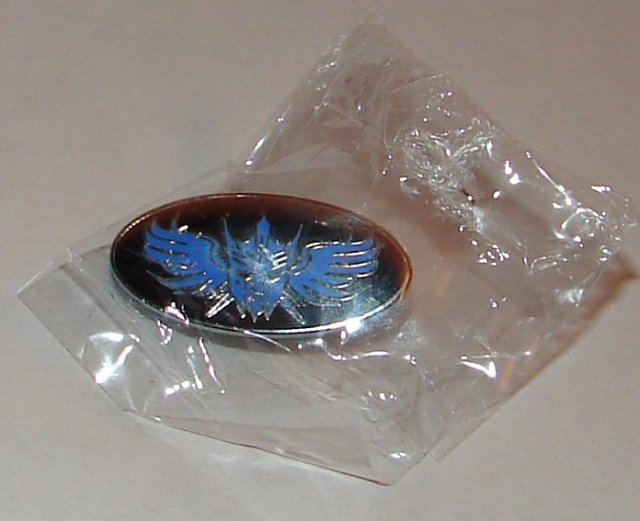 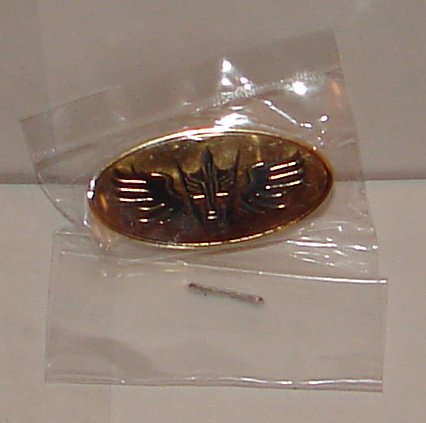 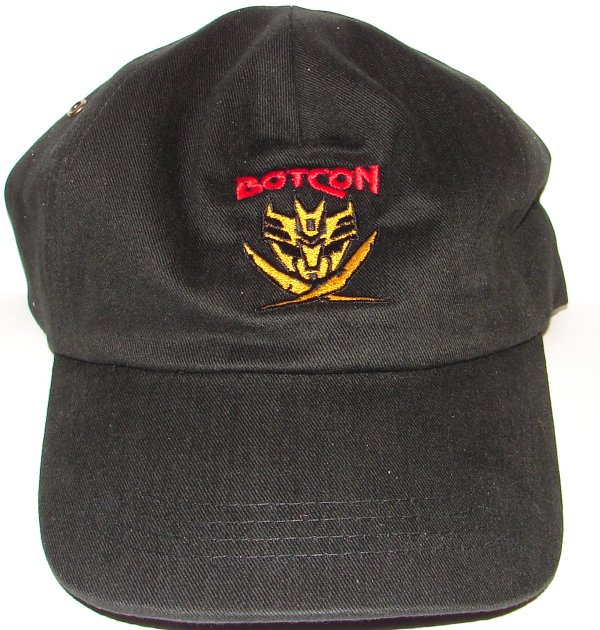 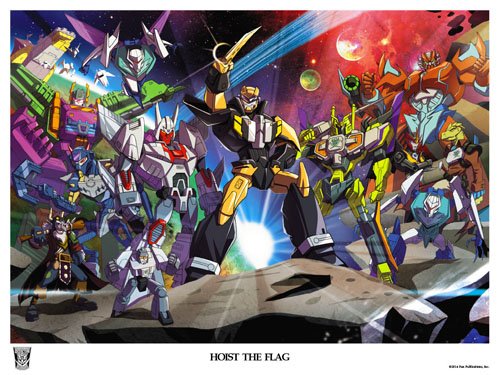 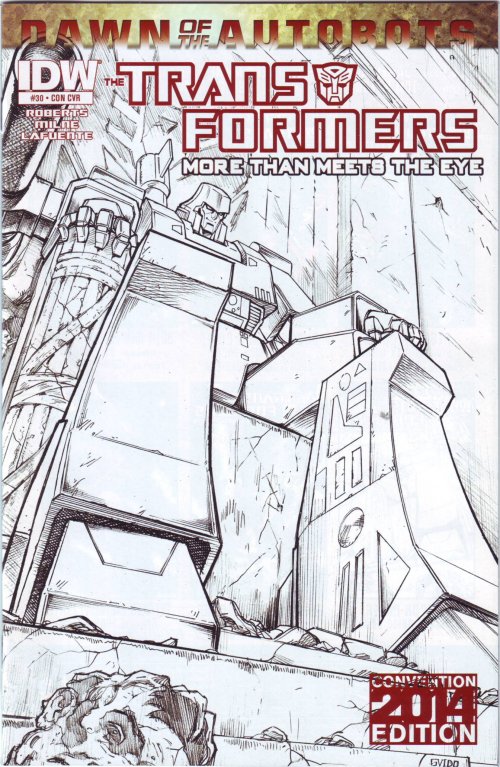 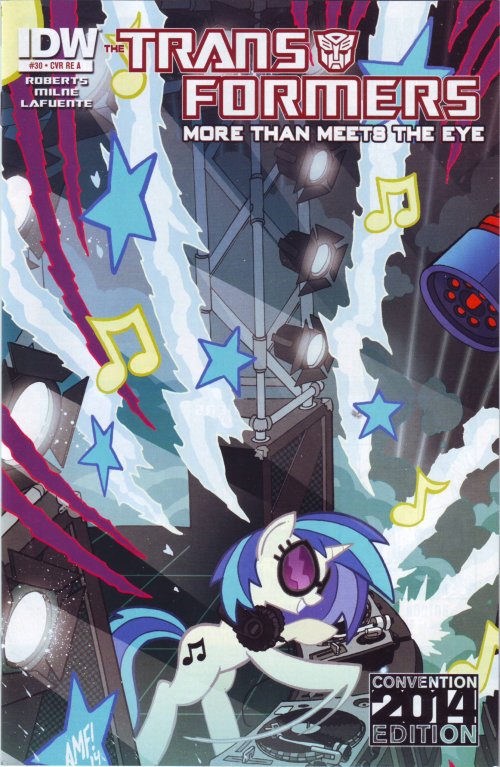 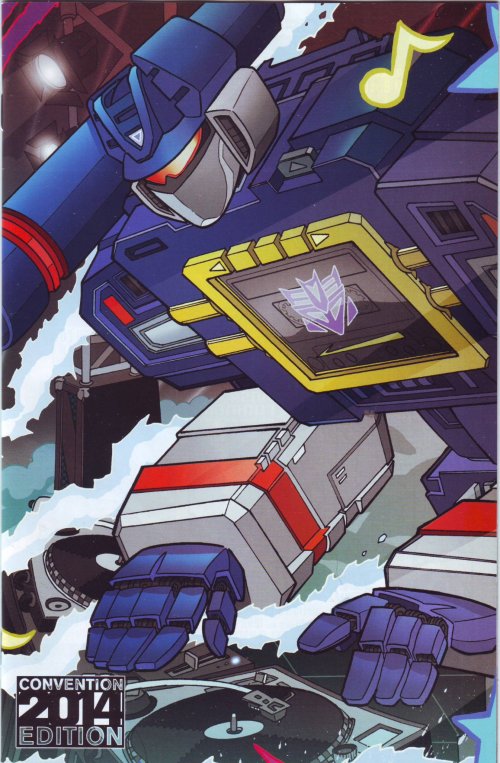 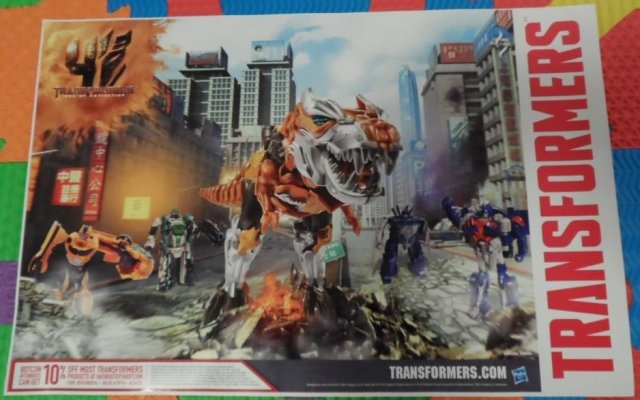 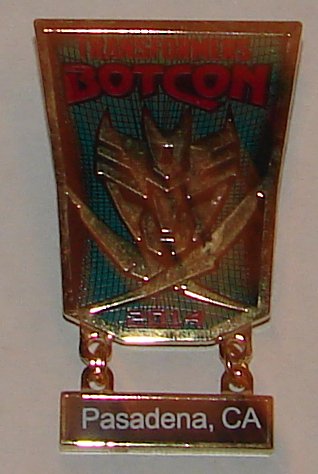 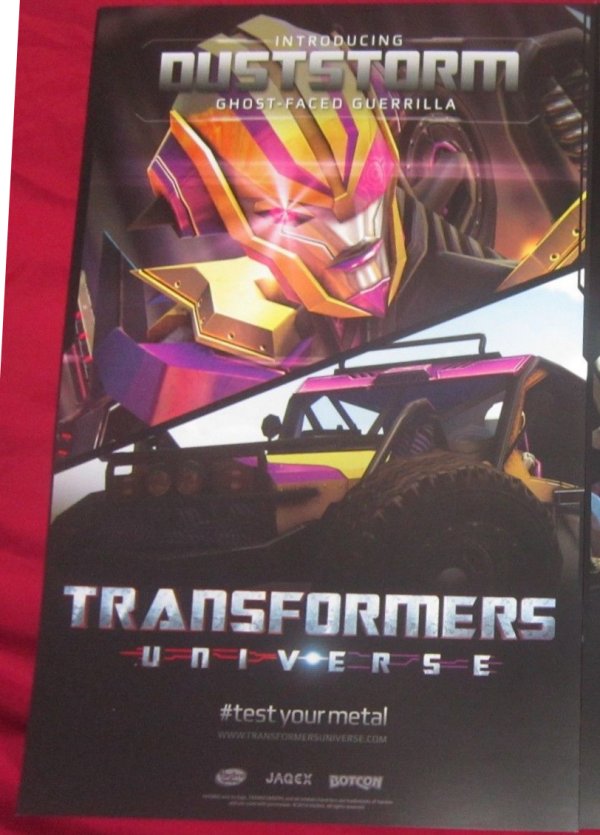 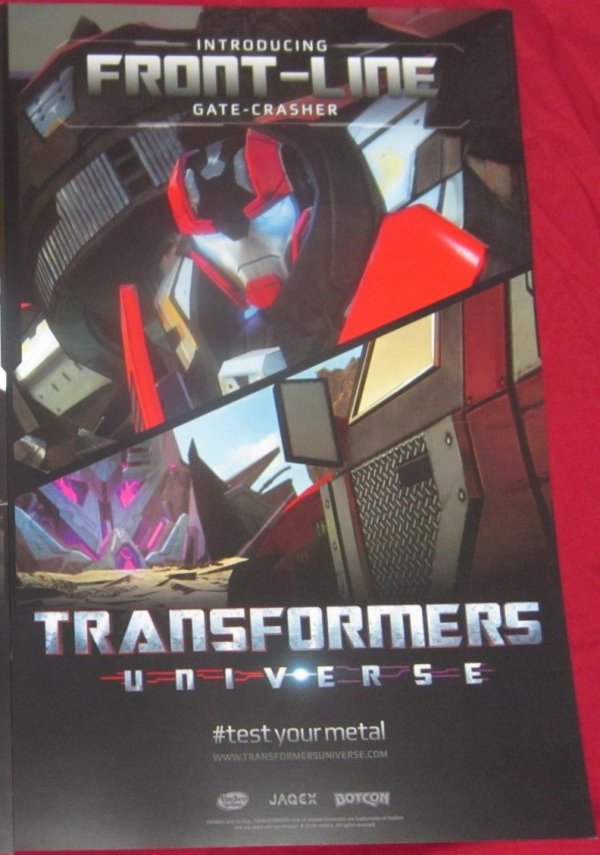 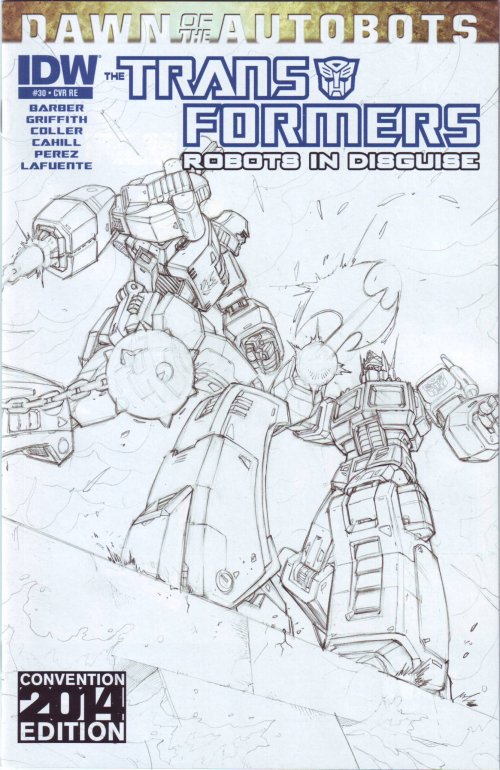 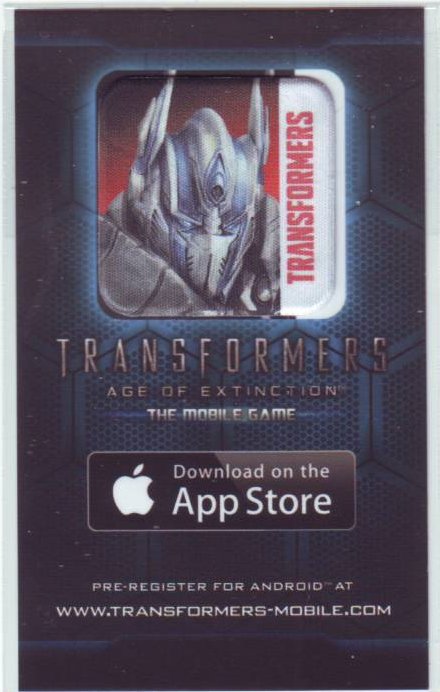