The idea with crash combiners is that you crash the vehicles into each other causing them to transform. It isn’t perfect. Each toy has a port on the front or back of the vehicle. Toys are either waist and legs or torso, arms, and head. They are interchangeable, but you need a top and a bottom. They can legitimately be called combiners, but unfortunately, the auto transformation gimmick when “crashed’ together only transforms the spring loaded top half. The legs/feet and sometimes hands must be manually transformed. 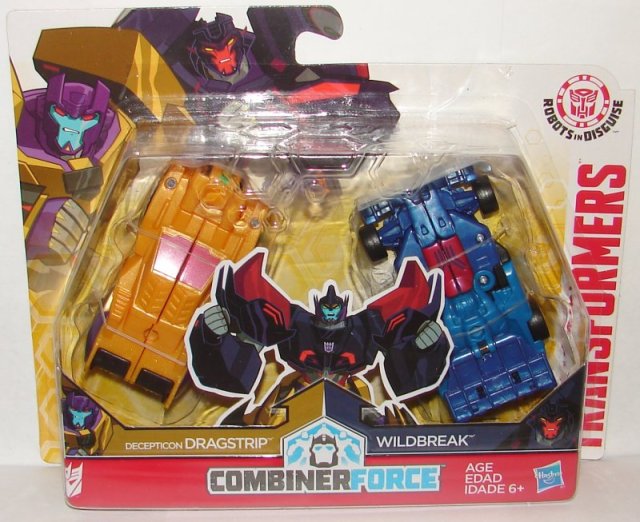 This is definitely one of the better sets. I love the look of both vehicle modes, and the robot modes are, what you would expect. Not great, but the face sculpts are pretty good. I kind of wish they would do a combiner of Blurr and Sideswipe. Wildbreak with a new head could easily be repainted into Blurr and paired with the existing Sideswipe. 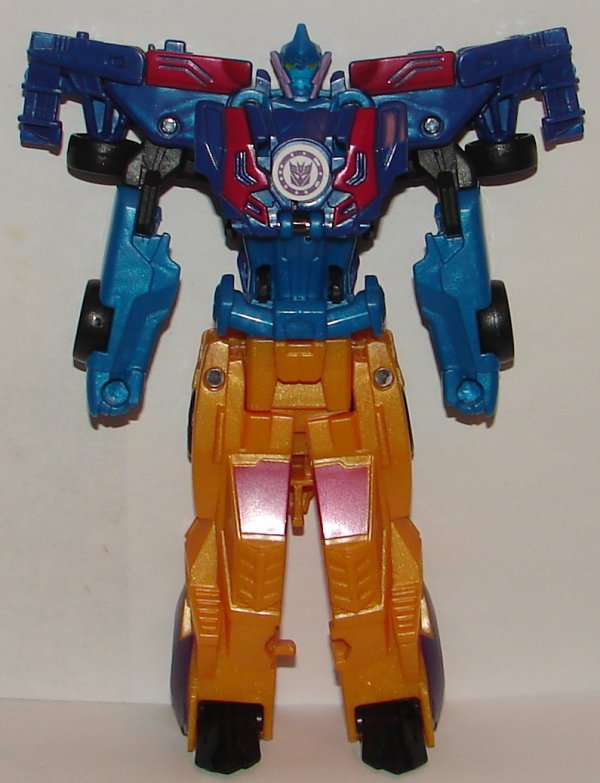 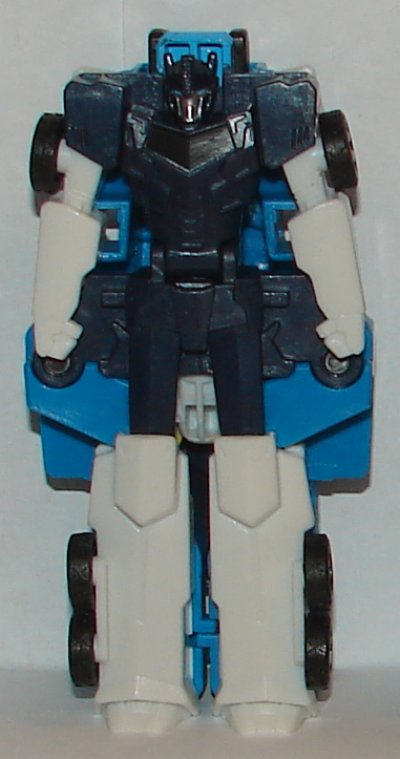 Vehicle mode isn’t bad. If they had just painted his chest window light blue in robot mode, he would look pretty good, but the all black torso looks lousy. 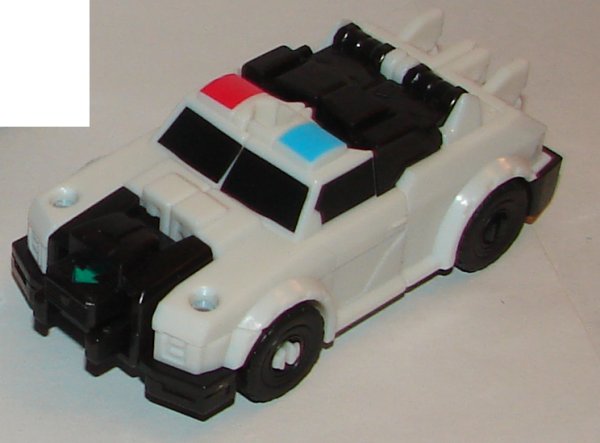 Mostly they just swapped Strongarm’s blue parts for black with the exception of her arms which are now white. I would have rather they done a mostly blue deco like the recent One Step Changer Strongarm to match Prime’s “Lunar Force” colors. 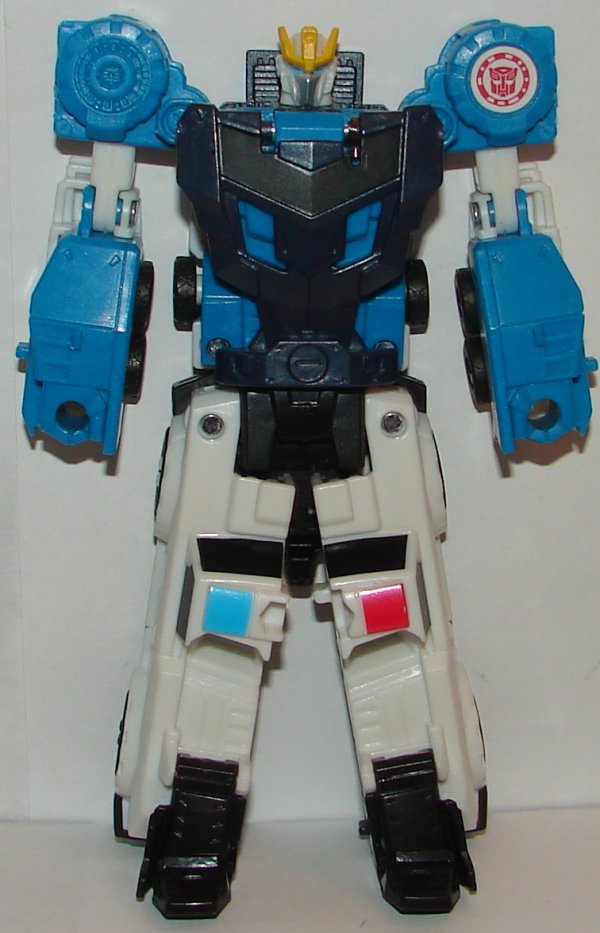 Not bad, but as with Optimus’s robot mode, painting the chest window would make it much better looking. I do like the overall color scheme though. 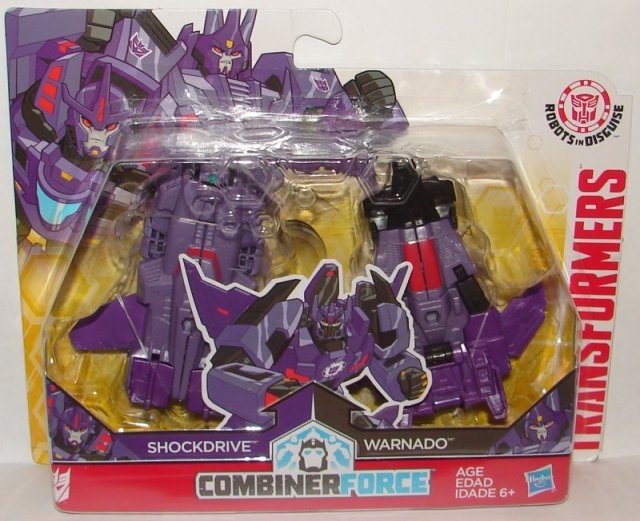 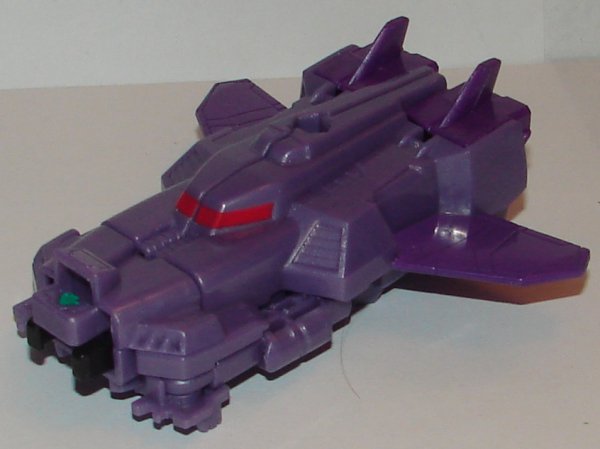 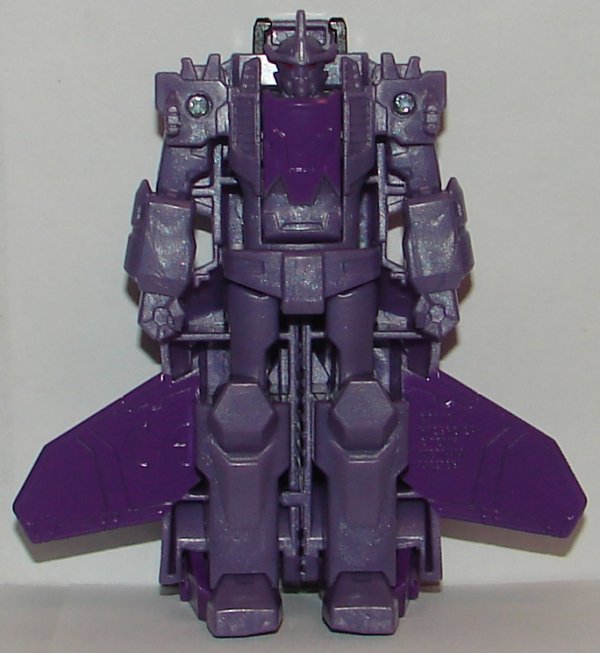 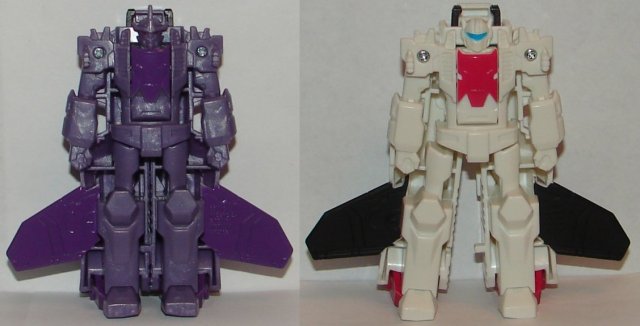 Shockdrive’s new head sculpt looks a lot like Galvatron, especially his helmet. Could have used a few silver paint apps.

Warnado is a straight repaint of Stormhammer, and like Shockdrive needs some silver paint apps. 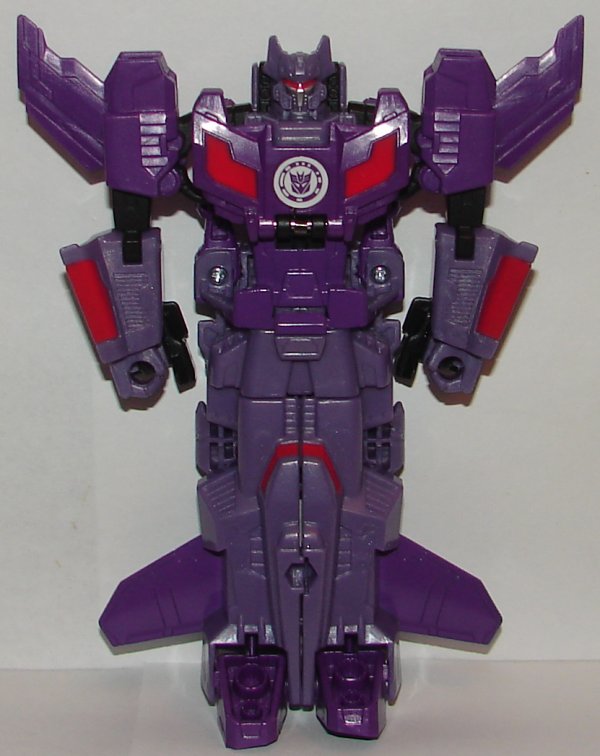 No new molding on Shocknado. When transforming him I realized that I missed a step when I transformed Skyhammer. I forgot to flip the covers off his hands. He doesn’t look bad at all. Apparently they saved up his few paint apps for his combined mode, but he too would look so much better with some silver paint apps.

Overall: Dragstrip and Wildbreak is well worth picking up, but the others are just repaints except for Shockdrive’s head sculpt. If you have the originals you can pass on them.

I’m 36 years old, and I work in network tech support for a public school system. I am a huge fan of Star Trek, Transformers, Harry Potter, and Marvel Comics as well as numerous other fandoms. I’m a big sports fan, especially the Boston Red Sox and the New England Patriots. I collect toys (mostly Transformers but other stuff too), comic books, and Red Sox baseball cards. I watch an obscene amount of television and love going to the movies. I am hopelessly addicted to Wizard Rock and I write Harry Potter Fanfiction, though these days I am working on a couple of different original YA novels.
View all posts by lmb3 →
This entry was posted in Toy Reviews, Toys, Transformers and tagged Combiner Force, Crash Combiner, Dragbreak, Dragstrip, Lunar Force Primestrong, Lunar Force Strongarm, Optimus Prime, Primestrong, RID, Robots in Disguise, Shockdrive, Shocknado, Strongarm Lunar Force Optimus Prime, Toys, Transformers, Transformers: Robots in Disguise, Warnado, Wildbreak. Bookmark the permalink.