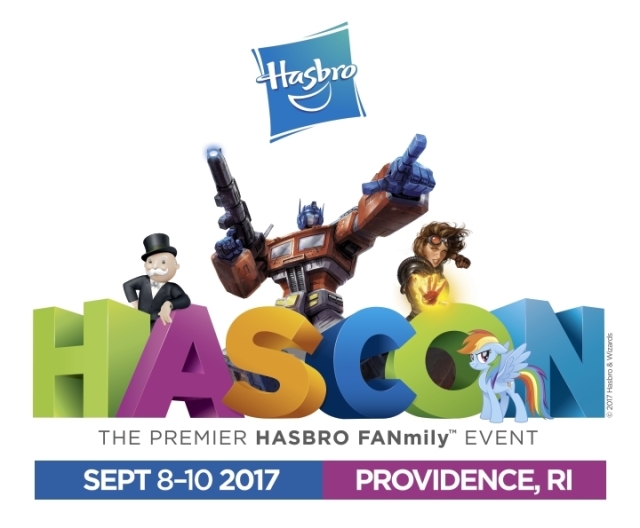 Hasbro has released a little more info on Hascon. Still missing is information on exclusive toys and merchandise, which is, I think, what most people want to know. There has been no update to the list of exhibitors since my last Hascon blog. That list is epically pathetic. But what they have given us is an explanation of one of the items they are offering, the “Interactive Brand Experience”.

“Get up close to an epic collection of Transformers movie props”

Ummm….no. I’ve already had my picture taken with Optimus Prime.

Okay, maybe a photo with Sqweeks would be cool, but this is far from a major selling point.

“Hands-on play with the latest Transformers toys, plus previews of 2018 action figures and toys”

Since I will likely have all the toys they let you get hands on, or will be getting them later, this really does nothing for me.

“historical products from the Hasbro Vault”

This one could be interesting.

Even the few interesting items on this list would not be enough to get me to go to the convention. What Hasbro fails to realize is that they have revealed nothing that has gotten Transformers fans excited. I’m going because I’m hoping some of the free swag at the events and with the VIP package is worth it. I’m expecting disappointment.

Hasbro needs to get people excited for the convention, and thus far they haven’t done that. They need a splash. A toy revel would be nice, but it has to be a good one. If you tell us we’re getting a slightly altered Trypticon (which we probably are) no one is going to care. I’m am still hoping that there will be some big toy reveal to come, but I’m not holding my breath.

I’m 36 years old, and I work in network tech support for a public school system. I am a huge fan of Star Trek, Transformers, Harry Potter, and Marvel Comics as well as numerous other fandoms. I’m a big sports fan, especially the Boston Red Sox and the New England Patriots. I collect toys (mostly Transformers but other stuff too), comic books, and Red Sox baseball cards. I watch an obscene amount of television and love going to the movies. I am hopelessly addicted to Wizard Rock and I write Harry Potter Fanfiction, though these days I am working on a couple of different original YA novels.
View all posts by lmb3 →
This entry was posted in Toy Reviews, Toys, Transformers and tagged Hasbro, Hascon, Toys, Transformers. Bookmark the permalink.