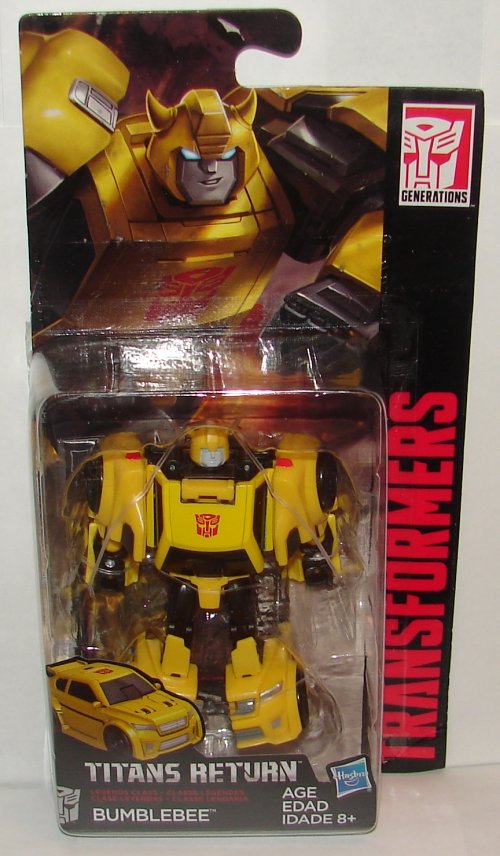 Bumblebee is pretty awesome.  He looks great in both modes.  I love the head sculpt.  The only minor issue is the way his rear windows stick out from his upper arms.  That could have been fixed by having them fold inside his arms.  It’s not a major issue, but it is a little annoying that they didn’t take the one extra step to make him great.  I hate that they don’t include weapons with the Legends toys anymore.  It’s the height of cheapness to not include a simple molded plastic gun without any moving parts, and would add so much to many Legends toys. 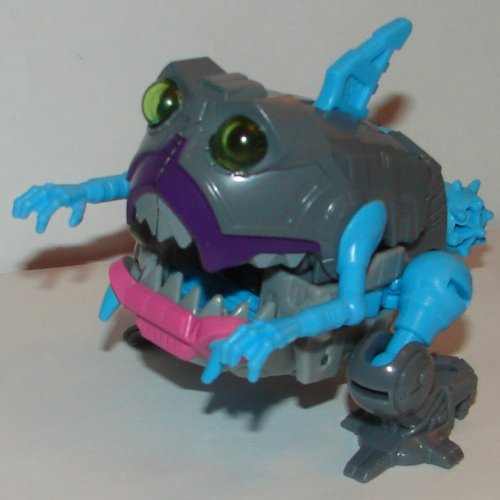 It’s been a long time coming, but we finally have an update to G1 Gnaw!  Gnaw is pretty much perfect.  He gets a weapon only because it forms his tail.  They got his shark face perfectly right.  Everything about him is perfect, except that I wish he was bigger.  I would love a Voyager or Leader class version of Gnaw upsized from this mold. 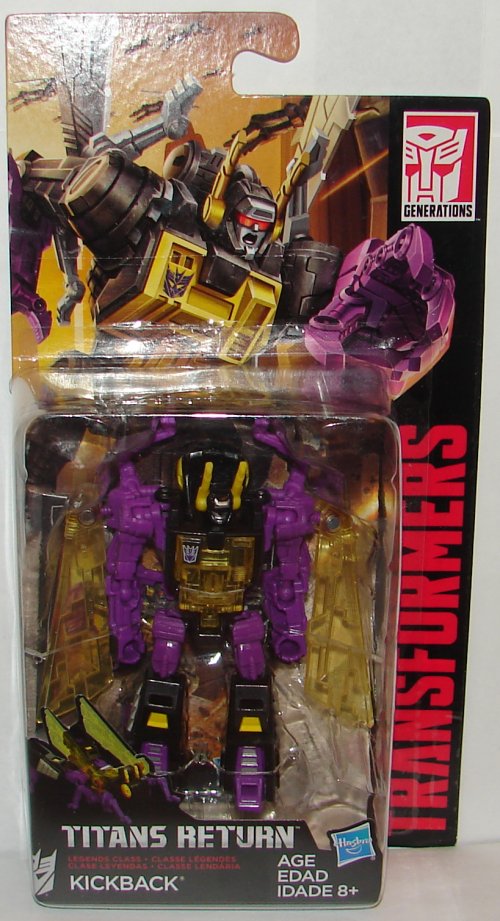 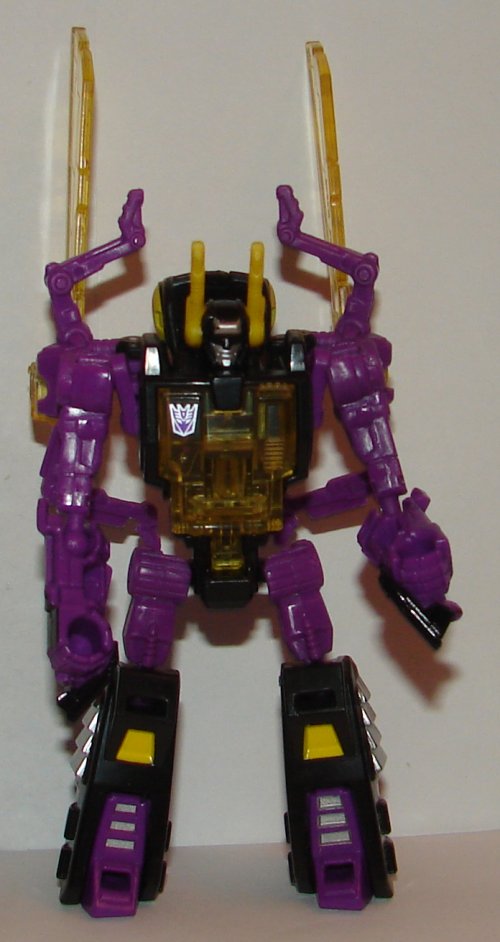 I like Kickback.  He’s a pretty great looking toy.  He fits in nicely beside Shrapnel.  Unfortunately, like Shrapnel, he is woefully inadequate when compared to Bombshell.  It feels like whoever designed Bombshell must have had a great attachment to the character and put a lot of extra into his design and coloring.  So, by comparison, like Shrapnel, Kickback feels like less than he probably is.  One thing is very clear.  There was no thought put into these as a set.  Shrapnel came with a weapon, the others did not.  Kickback has the compartment in his chest like the G1, the others do not.  Bombshell look way better than the other two.  It’s like there was no continuity between the creation of these toys.  That’s probably because there wasn’t.  Instead of getting them to look like they belonged together, they were done independently without any thought to that.

Overall: This is the best wave of Legends in The Titans Return line.  A big part of that is that there is no terrible cassette turned cell phone toy in this wave, but they are also three great toys.