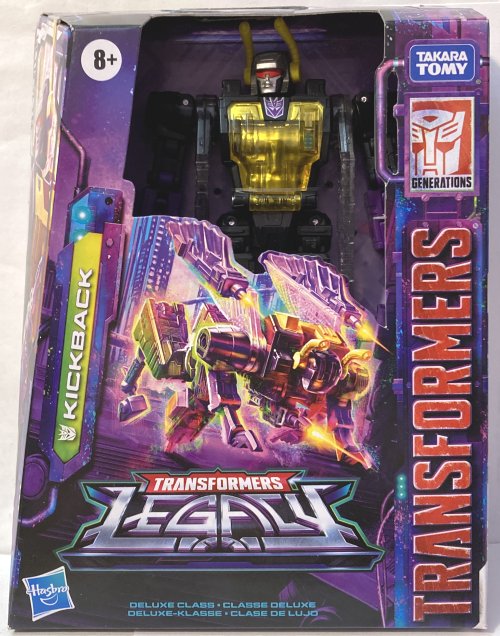 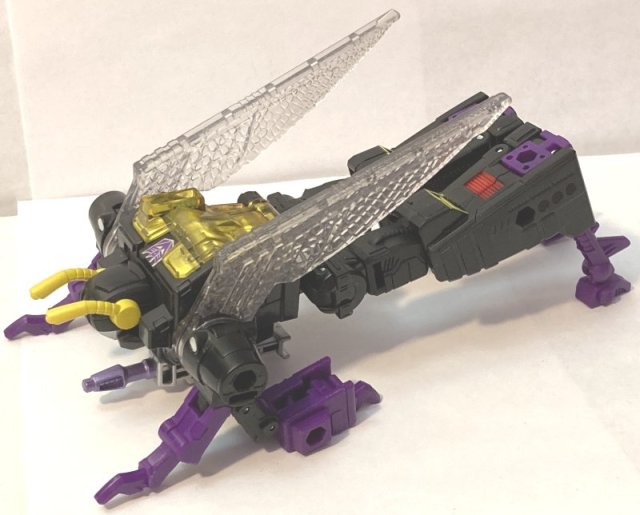 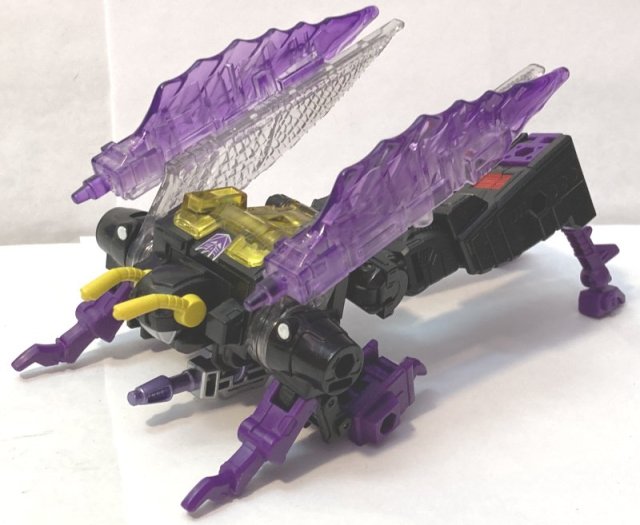 Vehicle Mode: For a long time it has really bugged me, pun intended, that Hasbro hasn’t given us a really god set on Insecticons. They tried doing Legends Class ones, but released them over three different series in four years. To make matters worse, that Bombshell was an absolute work of art, while Kickback and Shrapnel looked like cheap garbage beside him. This Kickback is certainly a great step toward giving us a really nice set of Insecticons. He looks great in insect mode, a perfect upgrade of the original G1 toy. I could complain just a little that his rear pointing front leg is awfully thick, but that’s not that big a deal. 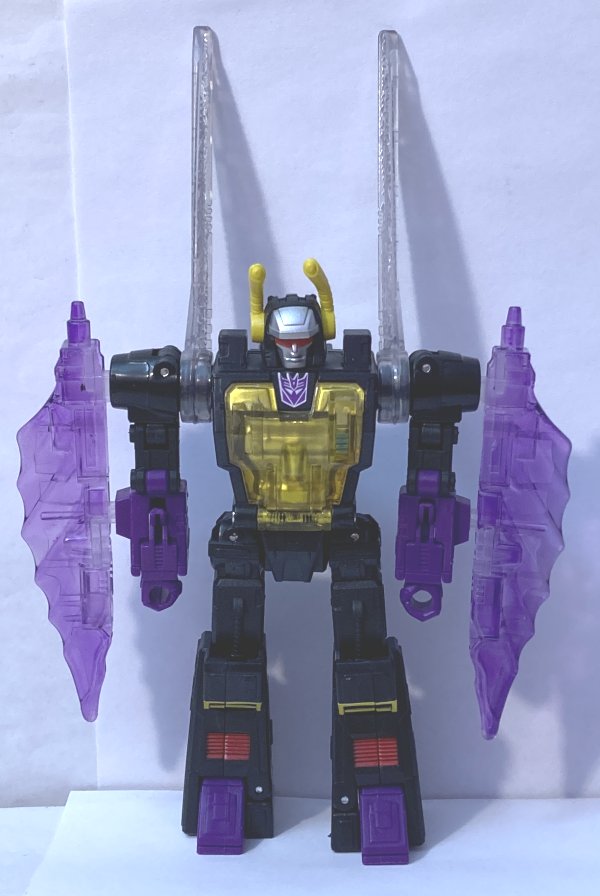 Robot Mode: In robot mode he looks fantastic. Unfortunately, his soft plastic antennae came out of the box bent, and I’m not sure why. This used to happen with toys packaged in plastic trays because the trays used to bend the soft plastic. Not sure how that happened with him strapped to a cardboard backer. That is very disappointing. Hasbro did a great job on his weapon. It’s not just the flat gray plastic we so often get, but it’s silver and purple, and really looks great.

Overall: While he has minor flaws, and those soft plastic antennae, Kickback is a pretty great toy. Now if we can just get Bombshell and Shrapnel at this scale and aesthetic in a lot less than four years, I’ll be happy. Okay, I won’t be completely happy until we get the Deluxe Insecticons too. What can I say? I’m greedy.

“In that case, I better hop to it!” – Kickback, The Transformers, A Plague of Insecticons.