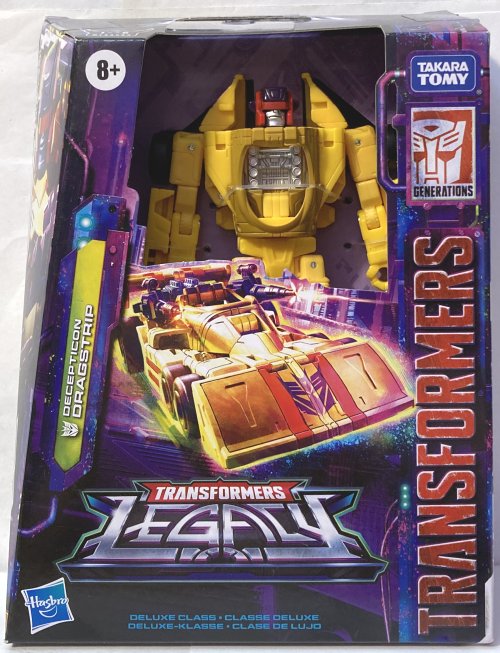 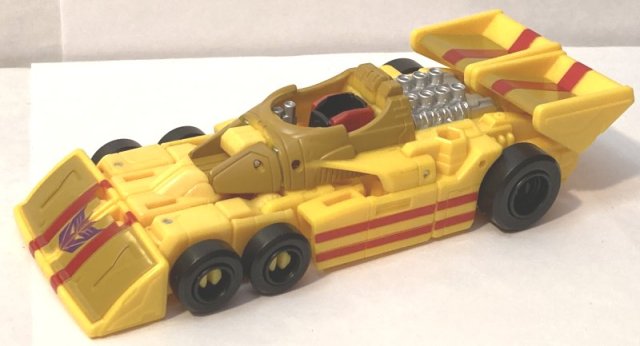 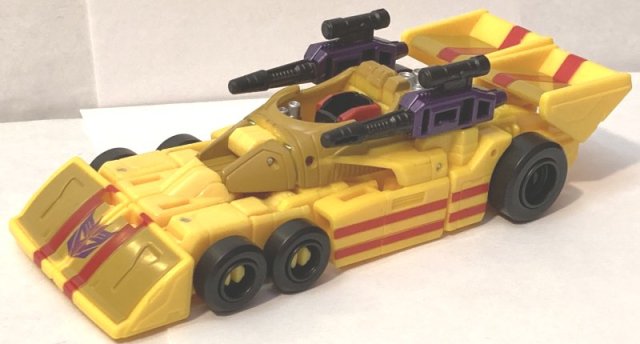 Vehicle Mode: Dragstrip looks amazing! He is much more G1 than Combiner Wars Dragstrip, who does not have the dual front wheels and oversized rear wheels. My only complaint, and it’s a small one, is that I would rather he be darker yellow-orange, but he still looks great. 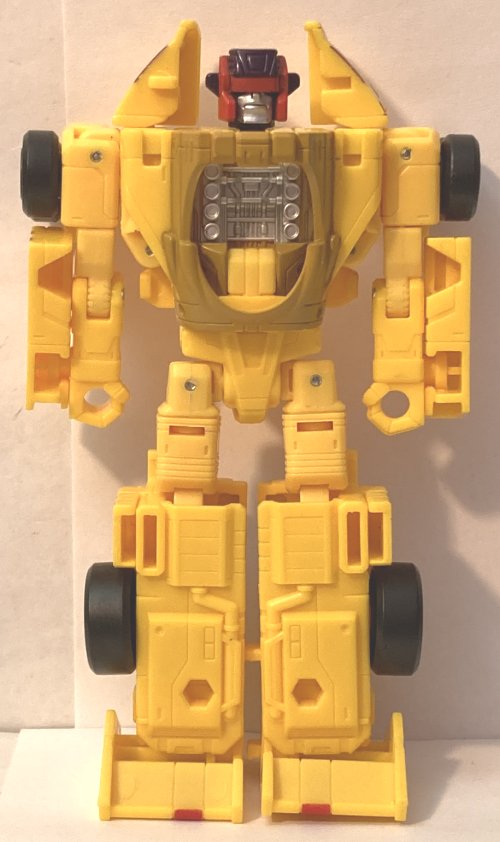 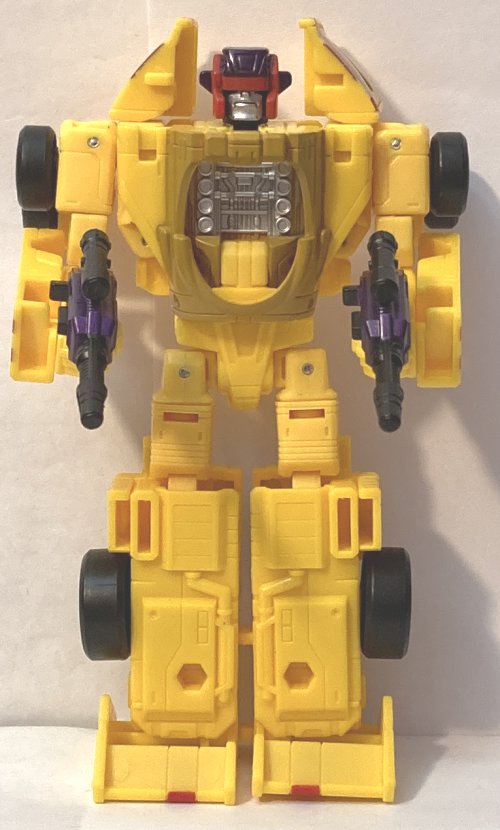 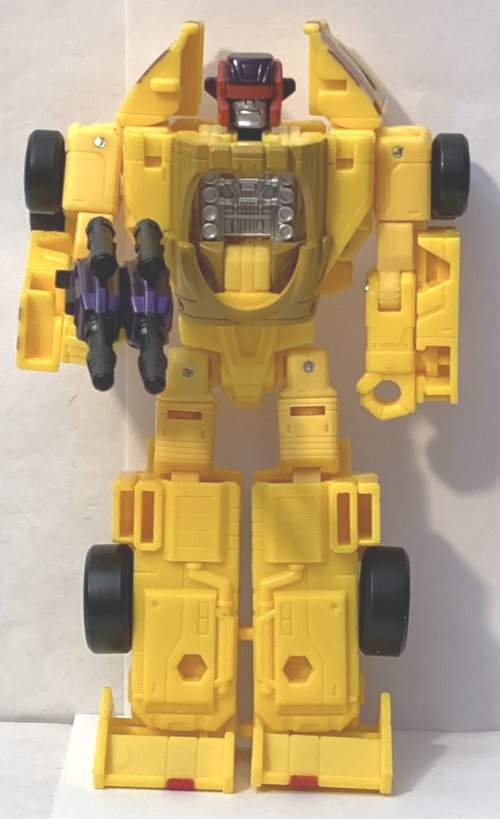 Robot Mode: In robot mode Dragstrip looks great. I love his head sculpt. He could have used a little more color on his legs, but that’s my only complaint. His guns are purple and black, and look fantastic. Due to the way he combines with his upcoming teammates, he is not hampered by a giant connector peg in his chest. How well that works for Menasor remains to be seen, but it certainly makes Dragstrip a better toy.

Overall: Dragstrip is pretty awesome, and I highly recommend him. I can’t wait until we get the rest of the team. It is unfortunate that we aren’t going to also get Superion this year, but maybe next year.