The Quintesson Bailiff is awesome. They did a great job remolding and repainting Allicon. I love the new head and the new weapon. I had some issues with Allicon, but he was still a great toy. One of those issues was with his creature mode. The Quintesson Bailiff, as far as I know, was never seen transforming. So technically, he has no creature mode to imitate, so in some ways that makes him the better of the two toys. I still hate the way his creature arms hang off his robot arms. 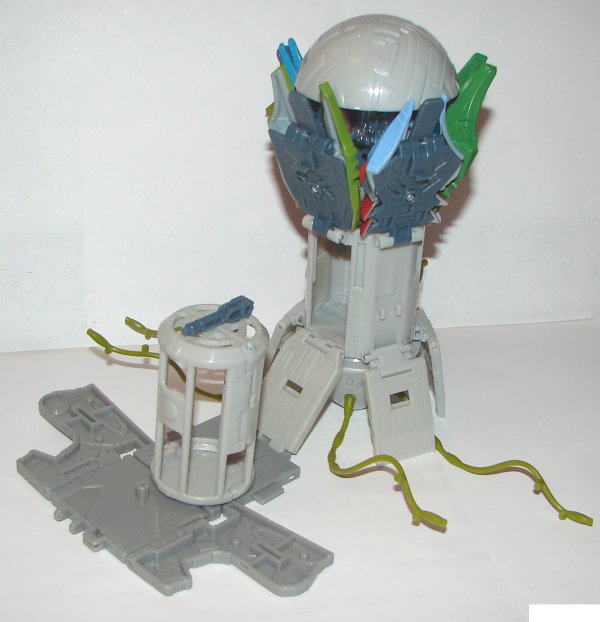 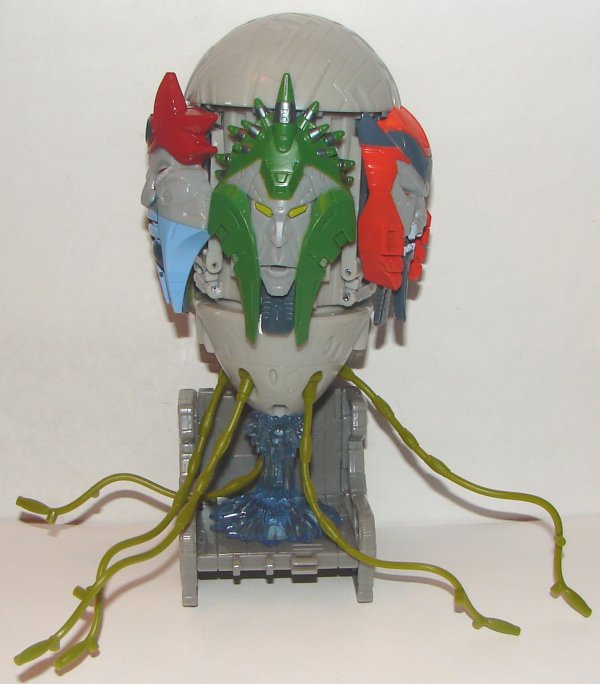 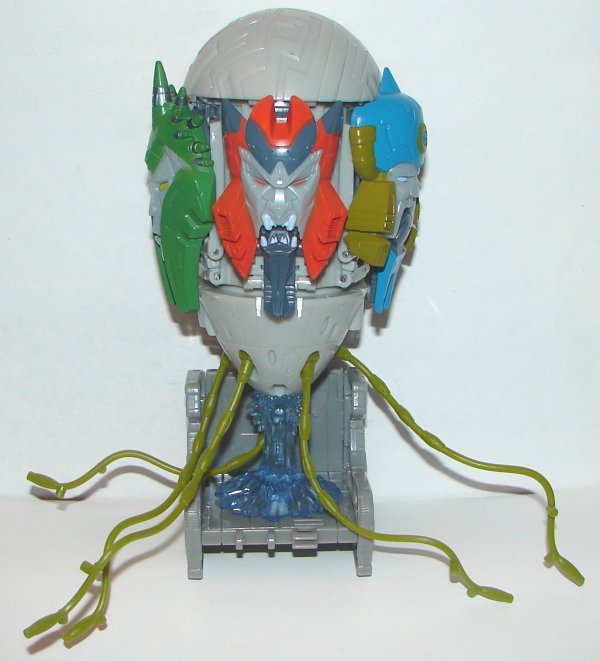 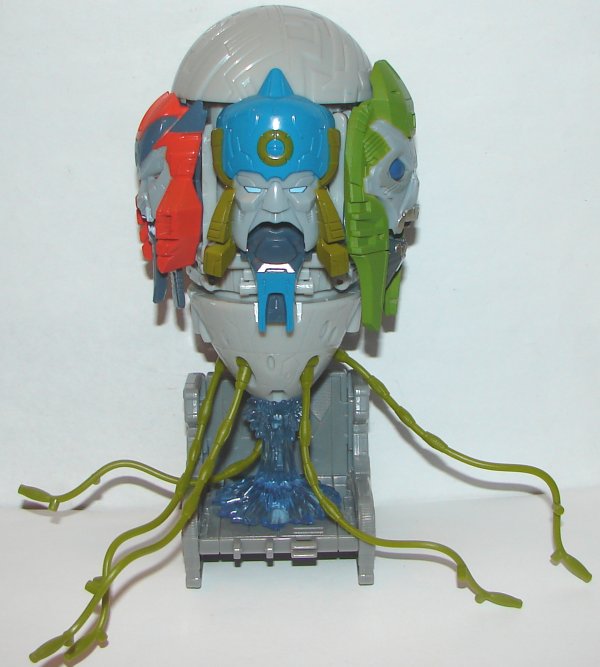 I still don’t have the retail version of this toy. Some of the color choices on this toy, the blue base and the green arms, are in the correct colors on the retail version. There are a lot of ways they could have repainted this without making it wrong, but it’s Hasbro, and we can only expect so much. The Quintesson Judge has no meaningful alternate mode. He transforms into a cell and something that vaguely sort of looks like part of a Quintesson ship. Hasbro would have been better off not making this toy transform, especially because its transformation creates a design flaw. The top of it’s body is not attached to it. It just sits on top with the cage connected beneath it. Hasbro has not yet figured out that sometimes Transformers don’t actually have to transform to be great toys. They would have been better off not making this Transform and packaging it in a Leader Class box with Allicon. The toy does look great if you ignore the wrong colors.

The Quintesson Prosecutor look great. Hasbro actually properly painted him, which is a bit of a shock. 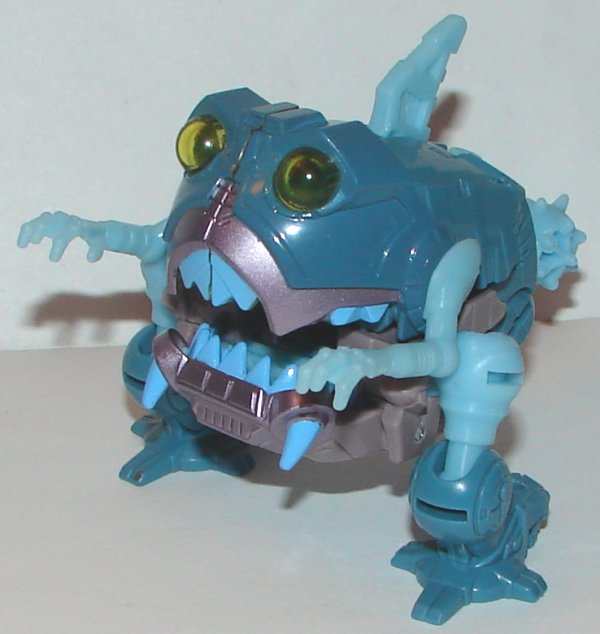 The original Titans Return Gnaw was a pretty great version of the G1 toy. And the Takara Legends version was a pretty great cartoon accurate version. So this one is a meaningless repaint. Now, if Hasbro were smart, pause for laughter, they would have just used the Takara paintjob since it hasn’t had a USA release and it actually looks right.

Overall: Even with the numerous flaws, this really is a must have set. We are unlikely to get official figures of Kranix and the Quintesson Prosecutor again, and the Quintesson Bailiff is awesome. Plus, considering Quintesson may never show up at retail at the rate things are going, this might be the best way to get it.