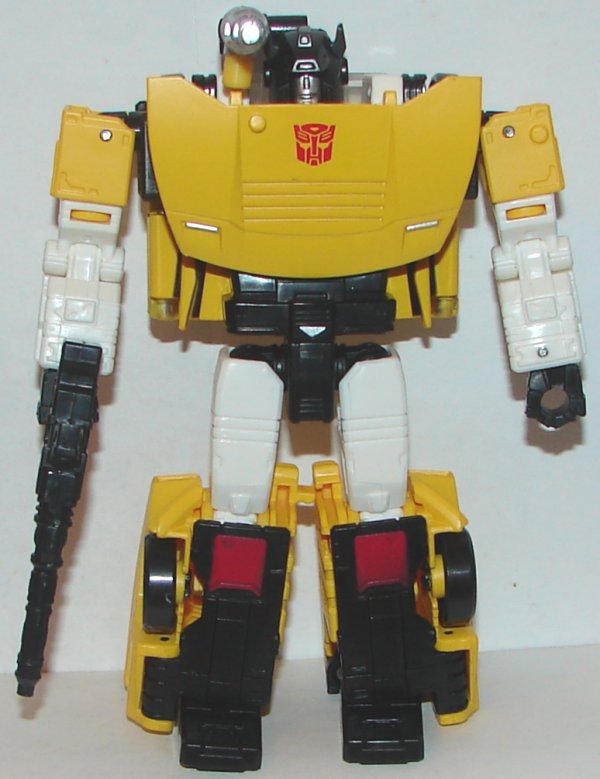 They finally included both guns with Tigertrack. Since this is the fifth use of the mold, and the other four all had weapons left out, it’s kind of hard to care. Of course, he’s still not properly painted, having those black panels on the body at the corners of the windshield. It doesn’t look as bad on Tigertrack because he doesn’t have a black windshield, but it still would have looked better if that part was painted to match the body.