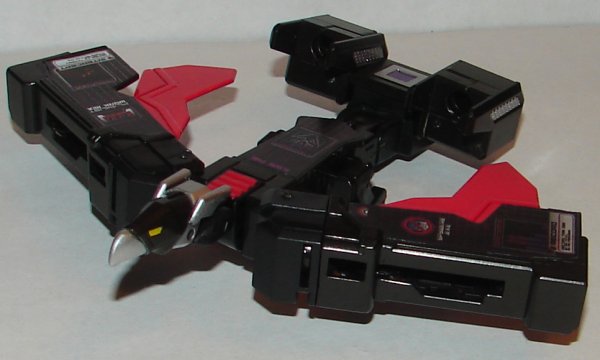 You can read my review of Buzzsaw here.  Laserbeak is a straight repaint of Buzzsaw.  This toy is just as deplorable, only in different colors. 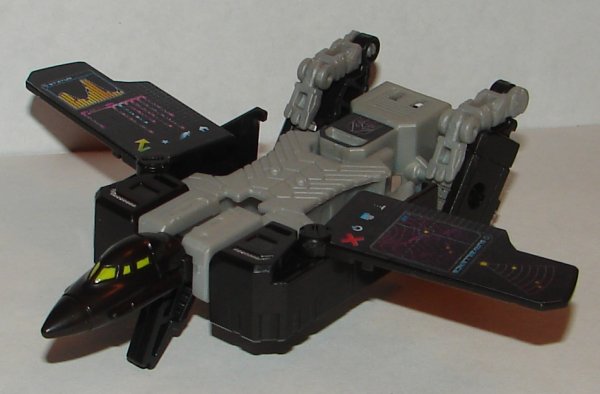 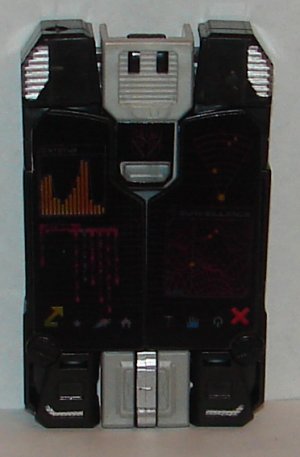 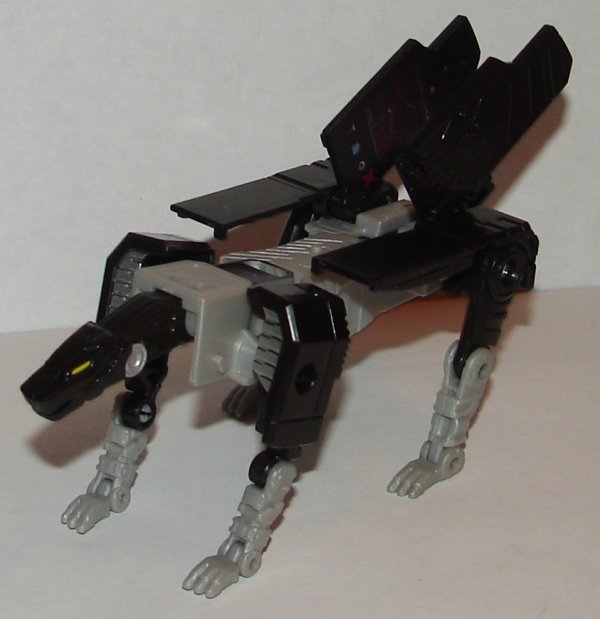 Read my review of Stripes here.  Ravage is a repaint of Stripes with a  new head.  The head mold is okay, but does nothing to improve an otherwise lackluster toy. 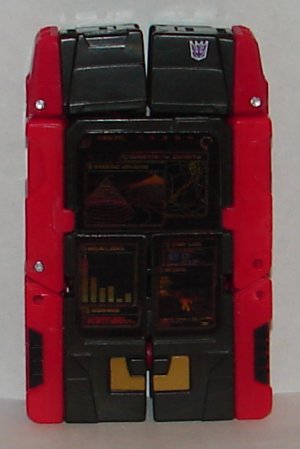 Read my review of Rewind here.  Rumble (who should be called Frenzy, because Frenzy is red and Rumble is blue) is a repaint of Rewind with a new head.  He has some new art on his chest to make him look like Rumble, and his head mode is really well done, but like Rewind, he’s just okay.

Overall: This might be the worst wave of toys Hasbro has ever released.  Rumble is at best passable, but barely.  Laserbeak and Ravage are just as awful as Buzzsaw and Stripes.