Getting this toy was a bit of a pain.  I took the day off work and got up at 7:00 AM and clicked refresh on the web site for four hours.  The toy arrived four days later missing a part.  I e-mailed Hasbro Toy Shop that day, Saturday.  When they didn’t bother call me back I called them on Tuesday and was told that I had to talk to Hasbro directly.  They said I could send it back for a replacement, but they could not guarantee they would have one in stock, and would then give me a refund and I would be fucked.  I opted to send it back for a refund and just buy another one from Hasbro Toy Shop.  I had to eat the original shipping as they “could not” refund that, which is bullshit.  Now, that I probably should have been able to do through Hasbro Toy Shop and not been screwed on the shipping, but by that point, I just needed it done.  In the end my second one had all his parts.  To add to my annoyance, the first one, which is the one I photographed, came in a shipping box.  The second one, they stuck the labels right on the brown Fortress Maximus box.  Fortunately, I don’t really care about the box.  Oh, and Hasbro Toy Shop did call me back on Thursday.  Five days, our business days as they are open on Saturday, to be called back about a complaint.  Unacceptable. 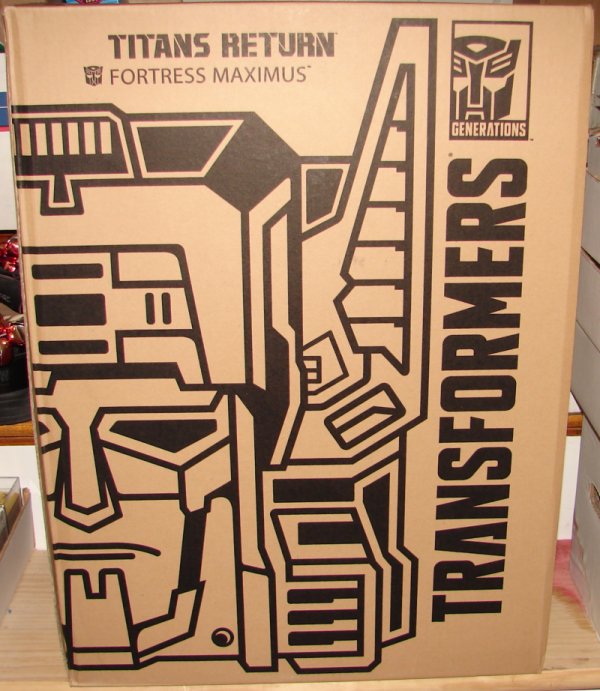 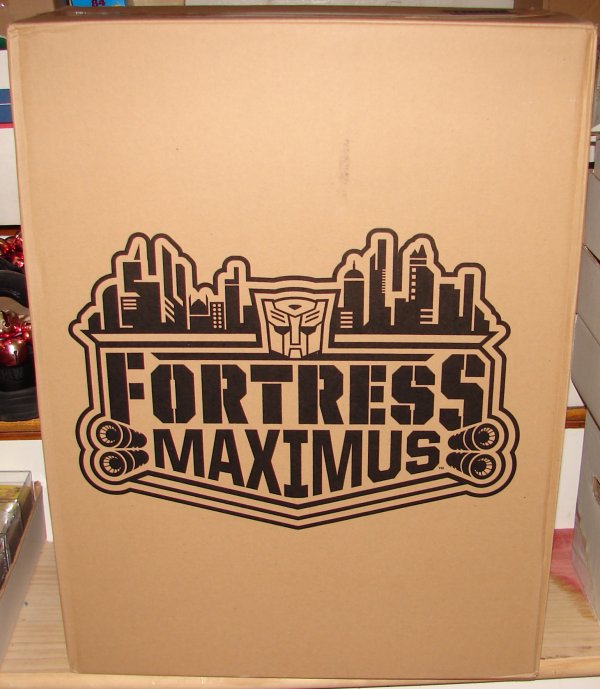 If I were to describe SDCC 2016 Fortress Maximus in one word, it would be over-packaged.  Brown outer box with art, slip cover.  Then window boxed.  The window box would have been fine alone.  Over-packaged is the same word I would use to describe all the recent big SDCC Transformers exclusives, Devastator in 2105, Knights of Unicron and G1 Dinobots in 2014, Metroplex in 2013, Bruticus in 2012, and Ultimate Optimus Prime in 2011.  Why anyone would want to pay more for a toy to get a pile of useless packaging is beyond me.

You can read my review of Fortress Maximus here.  I’m just going to go through the myriad of small changes to the SDCC version.  SDCC version is on the left and USA Retail is on the right in all photos.  The stickers on the SDCC version were already applied, as opposed to the retail version that I had to apply. 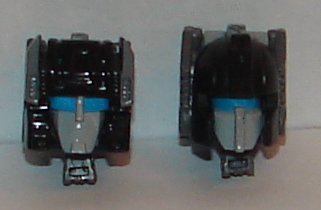 Fortress Maximus’s forehead is painted black around the sticker.

Cerebros has a number of paint changes.  He has silver on his forearms, and blue on his abdomen and legs.  He also has silver triangles on his shoulders that are repeated on the back of his shoulders.

Cerebros also has a new sticker on his ankles. 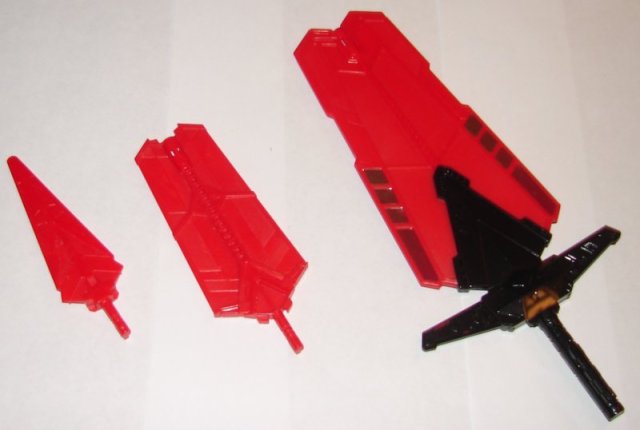 The other new thing about the SDCC version of Fortress Maximus is his sword.  It comes apart into three pieces.  It’s pretty cool, but the Japanese one will have more paint apps. 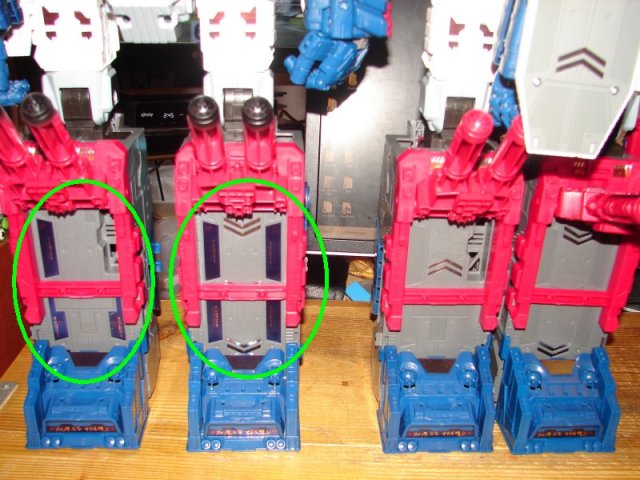 Beneath the guns he has four new stickers on each leg.

He has red stripes on his shoulders, white on his chest, and gray on each side of his waist. 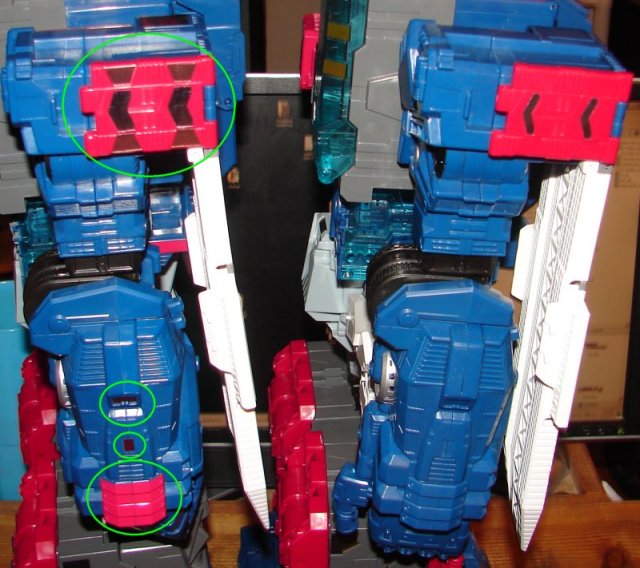 On what is apparently supposed to be a really small helicopter pad he has gray paint on two areas on top.

He has a different sticker on one side.

Lastly, he has three new stickers on his neck.

Overall: This is pretty pitiful.  I expect a lot more out of a premium exclusive figure than a few stickers an paint apps.  Devastator at least had chromed parts.  The sword and head sculpt are great, but I could get them from the Japanese version with a much better paint job.  Very underwhelming.

I’m 36 years old, and I work in network tech support for a public school system. I am a huge fan of Star Trek, Transformers, Harry Potter, and Marvel Comics as well as numerous other fandoms. I’m a big sports fan, especially the Boston Red Sox and the New England Patriots. I collect toys (mostly Transformers but other stuff too), comic books, and Red Sox baseball cards. I watch an obscene amount of television and love going to the movies. I am hopelessly addicted to Wizard Rock and I write Harry Potter Fanfiction, though these days I am working on a couple of different original YA novels.
View all posts by lmb3 →
This entry was posted in Toy Reviews, Toys, Transformers and tagged Cerebros, Emissary, Fortress Maximus, Generations, Headmasters, San Diego Comic Con, San Diego Comic Con 2016, SDCC, SDCC 2016, Spike, Titan Masters, Titans Return, Toys, Transformers, Transformers Generations, Transformers Titans Return, Transformers: Generations: Titans Return. Bookmark the permalink.