I was so happy that they canceled this line.  Why did they have to bring it back? 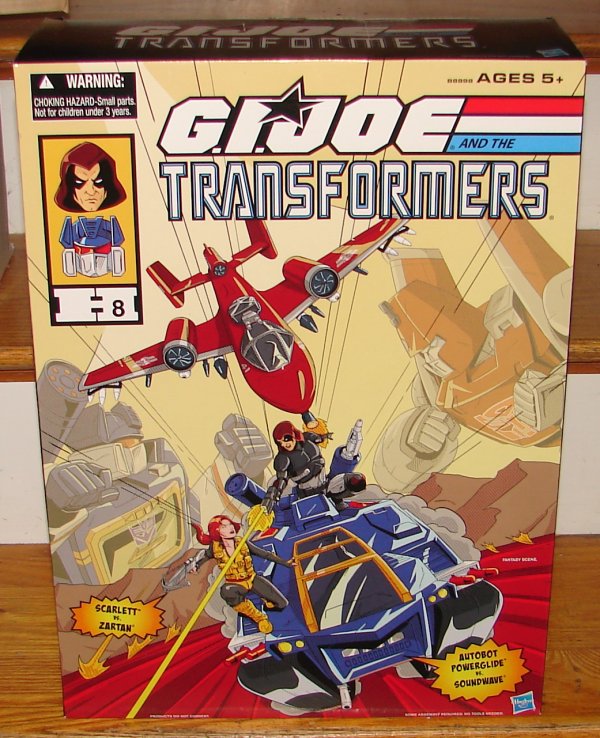 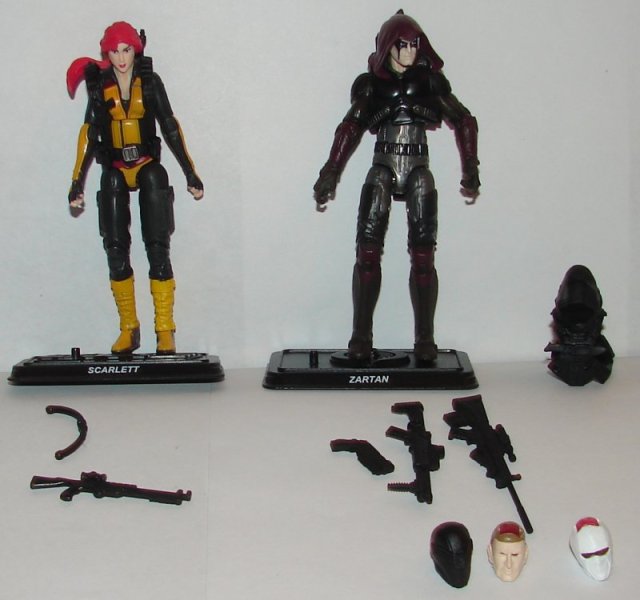 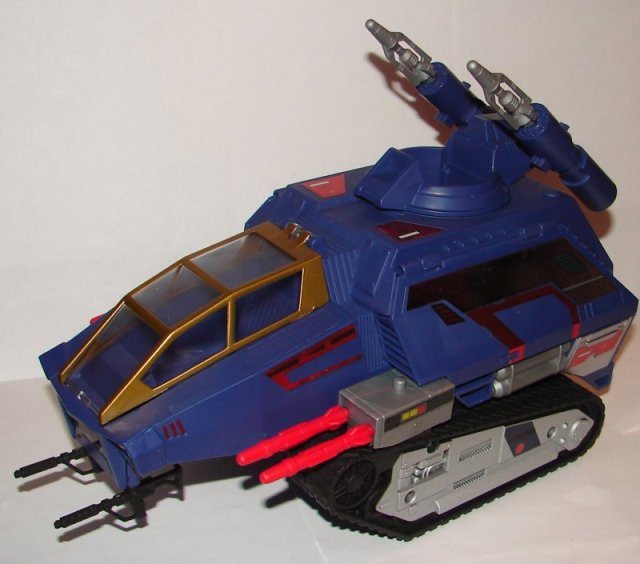 I hate this.  They take a GI Joe vehicle that has nothing to do with a Transformers character.  They give it a part or two to make it resemble a Transformers character, which are kind of cool.  They add some stickers.  Crap.  Those missile launchers either sit at the angle in the picture, or pointing down almost at the cab.  Poorly designed.  He’s not super cheap plastic like Powerglide, but this toy does nothing for me. 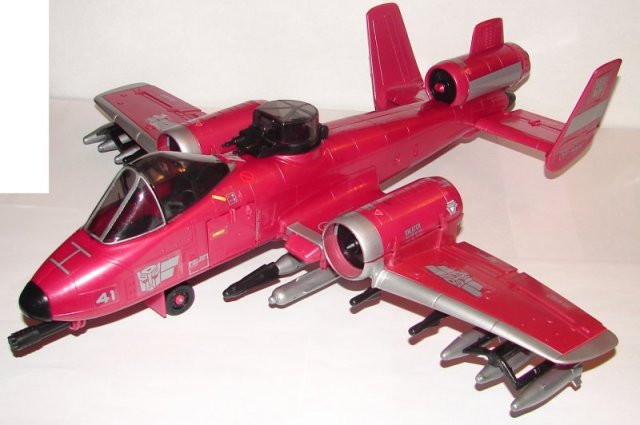 This is the one that I was really looking forward to.  Powerglide was based on an A-10 Thunderbolt II more commonly called an A-10 Warthog.  The rattler is also based on this plane, though they moved his engines from the sides of the fuselage to the wings and made them pivot to make it a VTOL and added another engine in back.  Still, I thought back when they were doing these crossover sets originally that this would be the perfect pairing.  It would have been if the toy wasn’t a cheap piece of crap.  If you look at the photo you can see that his left wing is warped.  That’s because when they packed these, they put the toys in bags and into a tray that was slid into the outer box.  They did not include any cardboard to hold the toys in place, so it probably sat with all the weight on that wing until it warped it because the plastic is so ridiculously thin.  This feels so cheap to hold.  It has no weight to it, the plastic is crazy cheap.  I’ve gotten knock off toys from the dollar store with better plastic than this.  The stickers suck.  They go on places where there is molding so they don’t lie flat.  The sticker placement instructions suck and have incorrect numbering.  They use the same sticker too many times or leave some out completely.  On the side of the nose is the Autobot symbol with the two lines beside it.  The one on the other side should have been a mirror of this sticker, but is instead identical, so the lines point forward.  Almost none of the stickers fit properly.  It’s a total mess.

Overall: The only word for this set is disappointing.  Powerglide should have been awesome like Skyfire and Starscream were.  Instead he’s just sad.

I’m 36 years old, and I work in network tech support for a public school system. I am a huge fan of Star Trek, Transformers, Harry Potter, and Marvel Comics as well as numerous other fandoms. I’m a big sports fan, especially the Boston Red Sox and the New England Patriots. I collect toys (mostly Transformers but other stuff too), comic books, and Red Sox baseball cards. I watch an obscene amount of television and love going to the movies. I am hopelessly addicted to Wizard Rock and I write Harry Potter Fanfiction, though these days I am working on a couple of different original YA novels.
View all posts by lmb3 →
This entry was posted in Toy Reviews, Toys, Transformers and tagged G1, Generation 1, Generation One, GI Joe, Powerglide, San Diego Comic Con, San Diego Comic Con 2016, Scarlett, SDCC, SDCC 2016, Snake Eyes, Soundwave, Storm Shadow, Toys, Transformers, Zartan. Bookmark the permalink.