Stop me if you’ve heard this one before, but we have yet another release of the Masterpiece seeker mold.  By my count this is the Fourteenth Masterpiece Seeker release (I have thirteen, still need to pick up the Japanese Sunstorm).  Don’t believe there have been that many?  Here is a list:  Starscream (MP-3), Skywarp (MP-6), Thundercracker (MP-7), Ghost Starscream (MP-3G), Starscream (MP-11), Sunstorm (MP-11S), Skywarp (MP-11SW), Starscream (USA-Classics), Skywarp (USA-Universe), Thundercracker (USA-Transformers 2010), Acid Storm (USA-MP-1), Sunstorm (USA-MP-5), Starscream (USA-MP-7), and Thundercracker (MP-11T).  A fifteenth release, Ramjet (MP-11R), is coming out overseas for the first time in the not too distant future.  I’m hoping we get Dirge and Thrust, and then, for Primus’s sake, retire this mold to the Transformers Mold Hall of Fame.  Okay, maybe one more as I would really love a Starscream’s Ghost based on thee MP-11 mold.  The previous Starscream’s Ghost was based on the MP-3 mold. 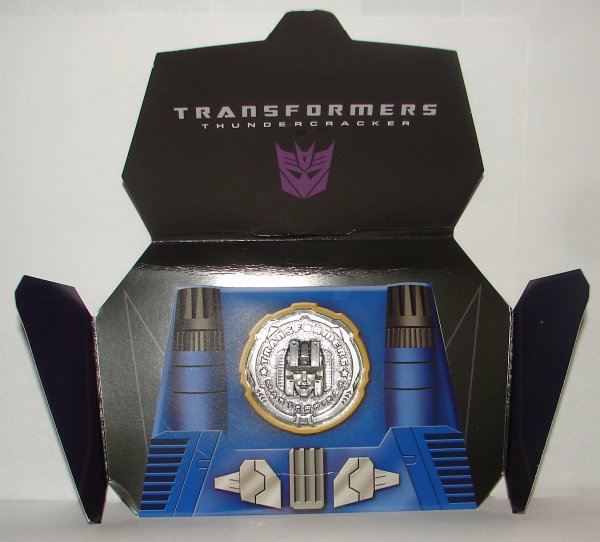 The differences on the new Asia release are pretty easy to spot.

Lighter and non metallic blue and silver instead of gray.

No “tattoo” on his shoulder or pilot name on the side of the cockpit.

Black squares on the top of the jet.

No art on his vertical stabilizers.

Thinner red and white striping on wings and vertical stabilizers.

No missiles or stand (as has been standard on foreign releases of this mold since MP-11).

No red stripes on shoulders.

Thicker silver lines around Decepticon symbols on his wings.

Overall: At $200, this is pricey.  I really hate how much more expensive Asia exclusives are than Japanese.  As to which is better, it really comes down to taste.  The Asia version is probably closer to the cartoon, but the USA version has the toy details on it.

I’m 36 years old, and I work in network tech support for a public school system. I am a huge fan of Star Trek, Transformers, Harry Potter, and Marvel Comics as well as numerous other fandoms. I’m a big sports fan, especially the Boston Red Sox and the New England Patriots. I collect toys (mostly Transformers but other stuff too), comic books, and Red Sox baseball cards. I watch an obscene amount of television and love going to the movies. I am hopelessly addicted to Wizard Rock and I write Harry Potter Fanfiction, though these days I am working on a couple of different original YA novels.
View all posts by lmb3 →
This entry was posted in Toy Reviews, Toys, Transformers and tagged Masterpiece, Masterpiece Thundercracker, Starscream, Toys, Transformers, Transformers Masterpiece. Bookmark the permalink.