I have previously review these molds.  Click here for Optimus Prime, and here for Grimlock. 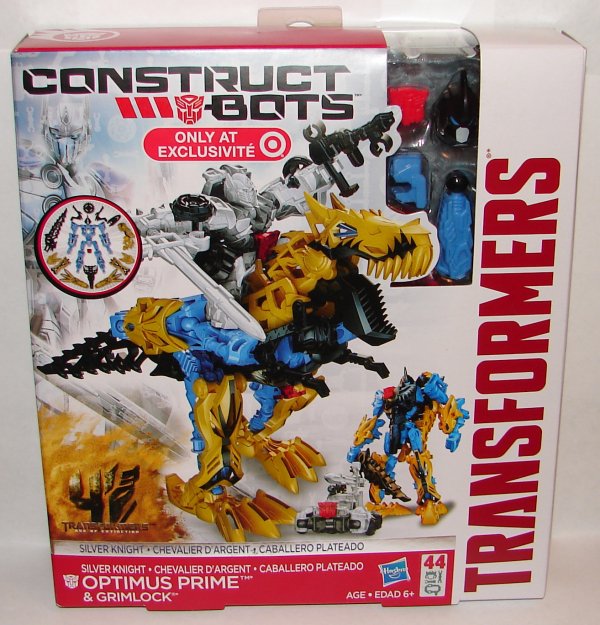 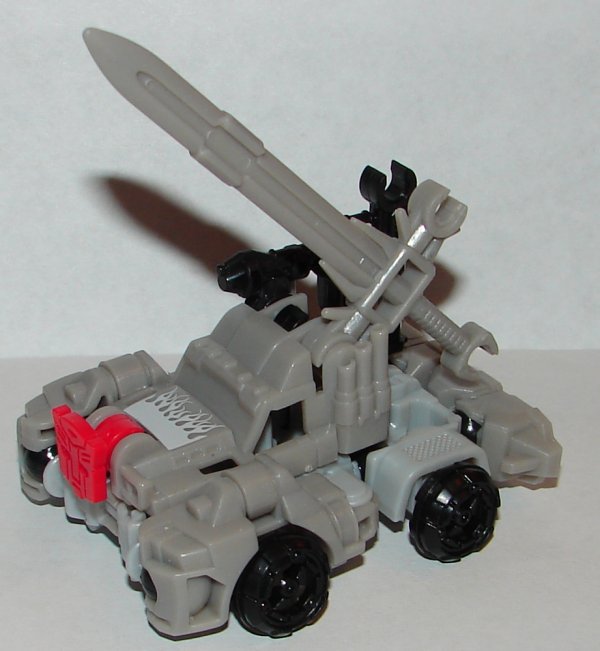 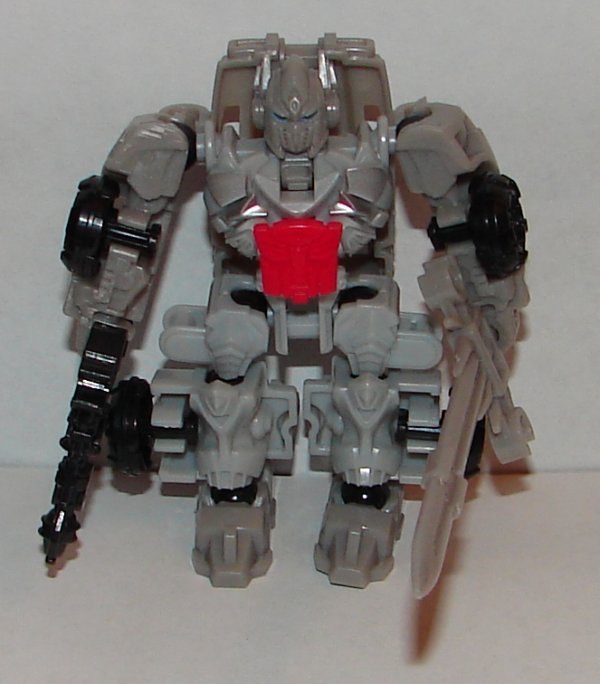 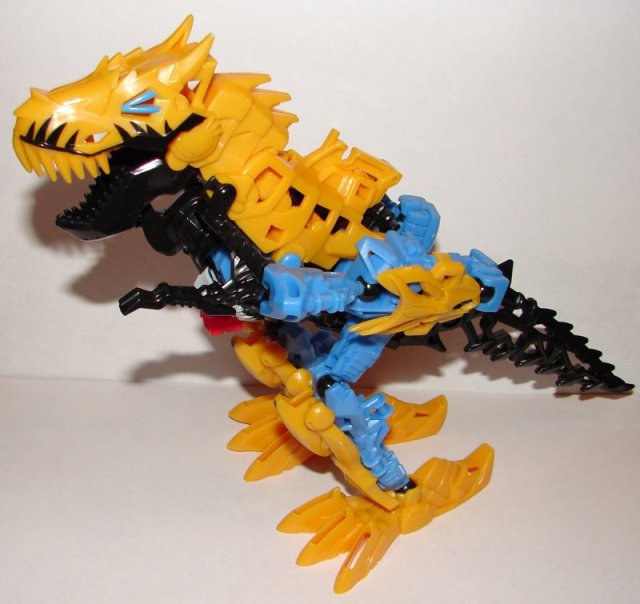 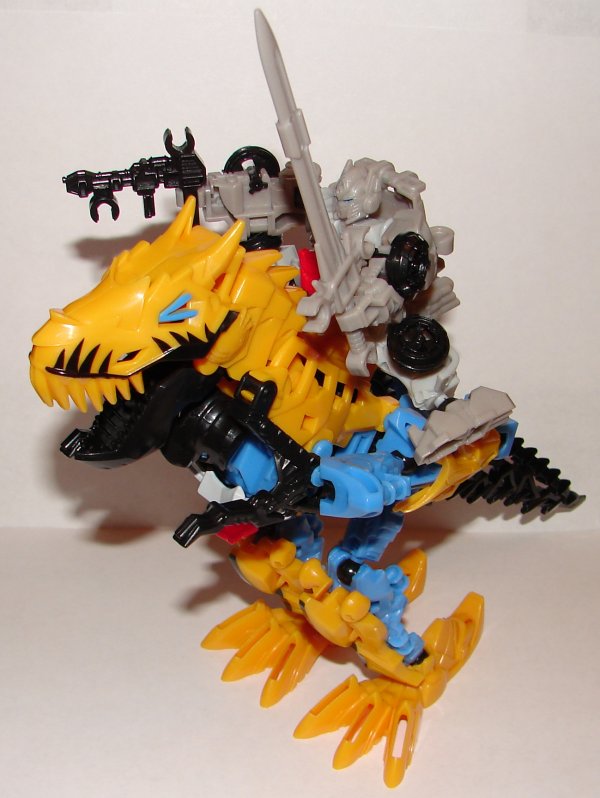 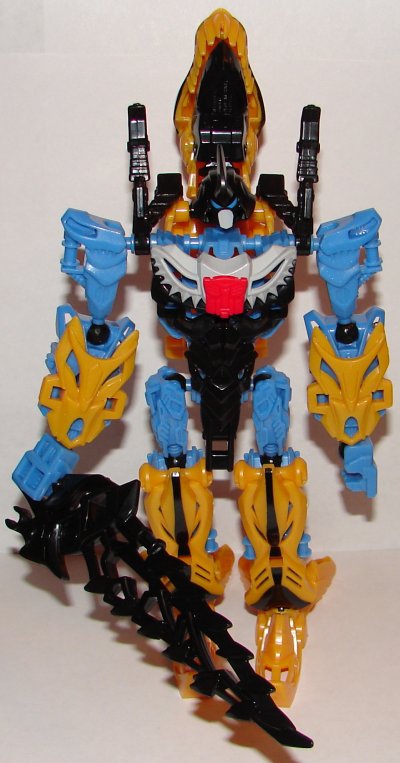 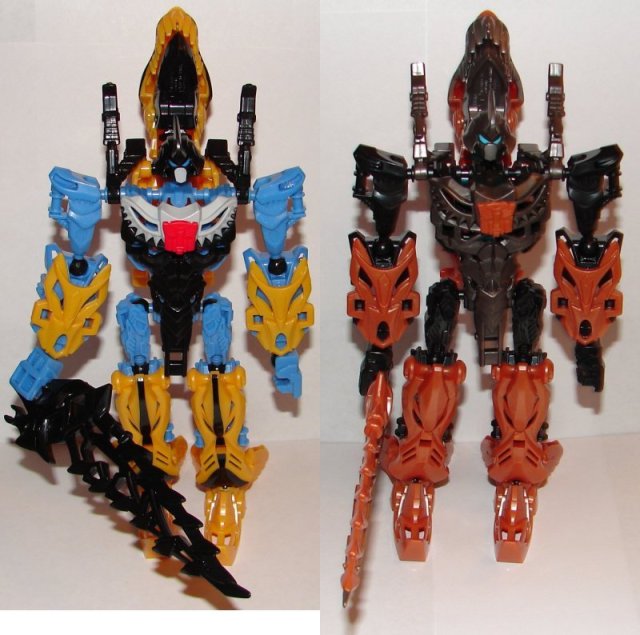 Optimus Prime has been given a new sword, but is otherwise unchanged accept for the new paintjob.  Grimlock has a couple of new paints apps, the white at the top of his chest and the black on his legs.  It’s such a small thing, but just a couple of paint apps makes a huge difference.  I wish Hasbro would figure this out and start using more paint apps on the Constructbots toys.  I like Grimlock’s new paint job in robot mode.  Not as crazy about it in dinosaur mode.  If you are going to repaint a Grimlock toy, would it have killed them to do it in G1 colors?

Overall: Unless you’re a completist or obsessed with this Silverknight thing that may not even be relevant in the movie, you can probably skip this one.

I’m 36 years old, and I work in network tech support for a public school system. I am a huge fan of Star Trek, Transformers, Harry Potter, and Marvel Comics as well as numerous other fandoms. I’m a big sports fan, especially the Boston Red Sox and the New England Patriots. I collect toys (mostly Transformers but other stuff too), comic books, and Red Sox baseball cards. I watch an obscene amount of television and love going to the movies. I am hopelessly addicted to Wizard Rock and I write Harry Potter Fanfiction, though these days I am working on a couple of different original YA novels.
View all posts by lmb3 →
This entry was posted in Toy Reviews, Toys, Transformers and tagged Age of Extinction, AOE, Construct-A-Bots, Construct-Bots, Constructabots, Constructbots, Dinobot Riders, Grimlock, Optimus Prime, Silver Knight, Silver Knight Optimus Prime, Silverknight, Silverknight Optimus Prime, Toys, Transformers, Transformers: Age of Extinction. Bookmark the permalink.