The Ghost of Fun Pub still haunts us. Each Shattered Glass toy came with an exclusive comic giving them an excuse to overcharge for these toys. All were $9-$12 over retail for a $5 comic. These should have just been done as Selects without the comics for retail price. 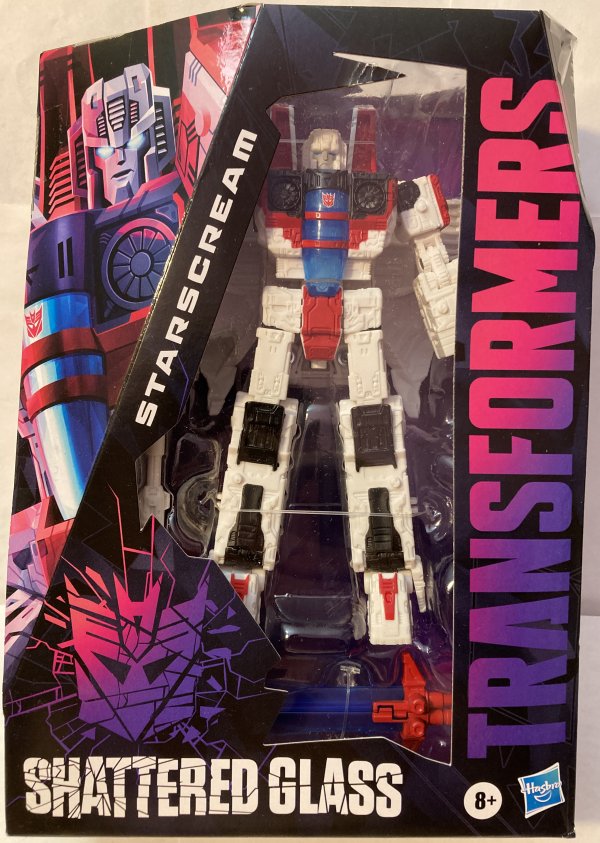 It’s All American Starscream decked out in red, white, and blue. I think this color scheme looks better on this mold in vehicle mode. There is just too much white in robot mode. Maybe it would have looked better with more red. I doubt it. He has a new sword.