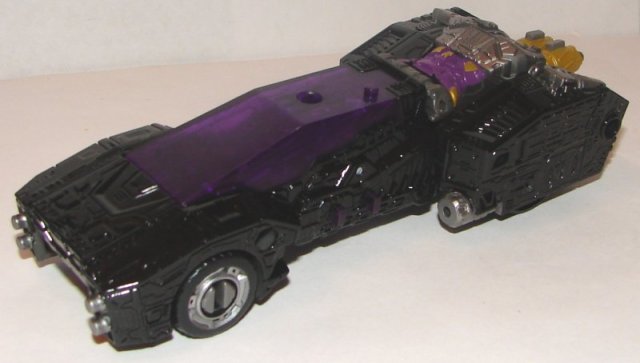 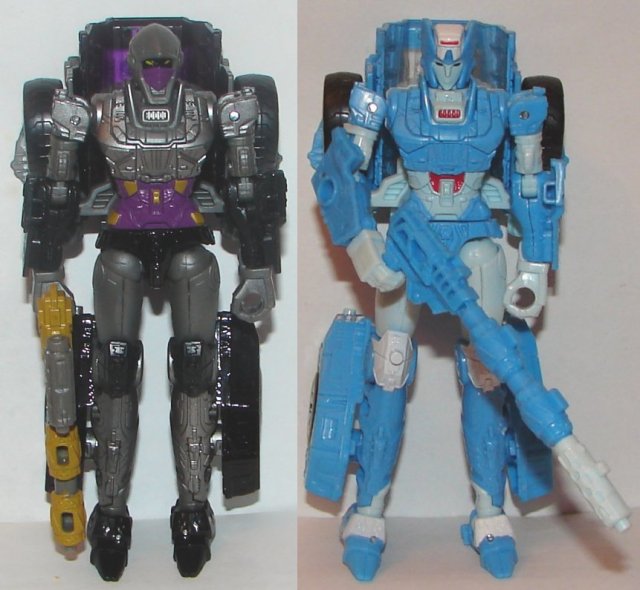 Is this Nightbird better than Legends Deluxe Nightbird? Not even close, but this is a very cool toy. I’m not a huge fan of her vehicle mode, and it doesn’t help putting it in black and purple. It would have been nice if she had some silver paint apps in vehicles mode to make her look less plane. In robot mode Nightbird looks really great. I love the head sculpt and paint apps. The only problem is that she doesn’t have a sword. Nightbird was a ninja, and a sword was her primary weapon. I know this toy’s poor design means she has to have the gun so the extra barrel pieces can fill in he back of her vehicle mode, but they could have given her a sword from another toy. I could have even accepted a repaint of Lionizer.

Overall: My issue with her vehicle mode aside, she looks too good in robot mode to pass up.