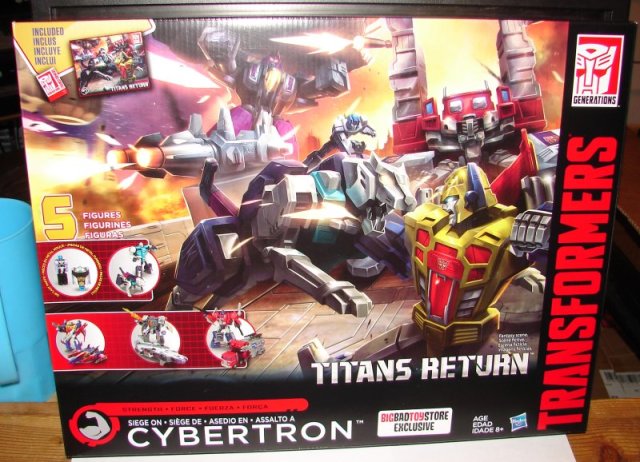 When Hasbro said that the “fifth figure” was a Titan Master, I assumed that Titan Master would include a vehicle. Of course, it doesn’t. So, we have a random Thunderwing head with no body and no vehicle. But wait, there’s more! His face is die cast metal! Who gives a shit. If they had put die cast metal parts onto one of the toys in the set, even if it was Pounce, that would have been a nice touch. But making the face of the head that has no body or vehicle die cast is a little stupid. 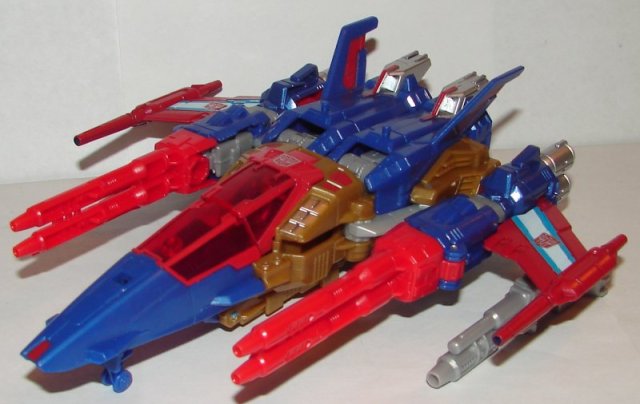 Metalhawk looks really great. The color scheme is pretty much perfect, though he should have had a gold chest rather than the brown. Still looks great though. I really like his new head sculpt. Unfortunately, as is typical of Hasbro, they screwed up the details. They didn’t give his Titan Master a name. How stupid is Hasbro to release toys with no name? If they didn’t want to give their Titan Masters names, then don’t make them Titan Masters (which they should not have done to begin with).

Magnus Prime has just a few paint differences from Legends Ginrai. His crotch is blue (so many jokes) as are his windows, and there is a red paint app on the rear sides of his trailer. The Autobot logo on his trailer is larger and positioned differently. His guns are more simply painted. There are probably a few more, but he isn’t all that different. Again, Hasbro failed to give his Titan Master a name.

Pounce looks great in robot mode, a very faithful homage to the G1. His beast mode is okay, though not really anything special. Very nice overall. 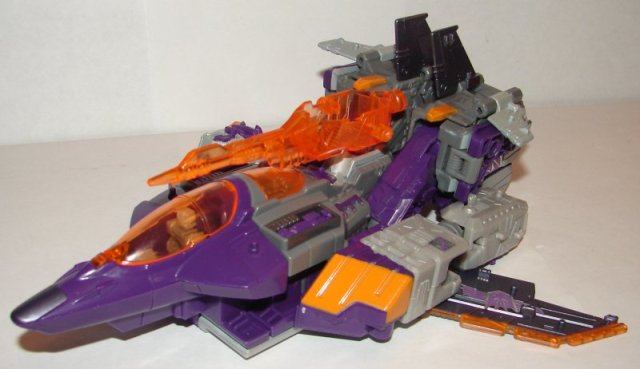 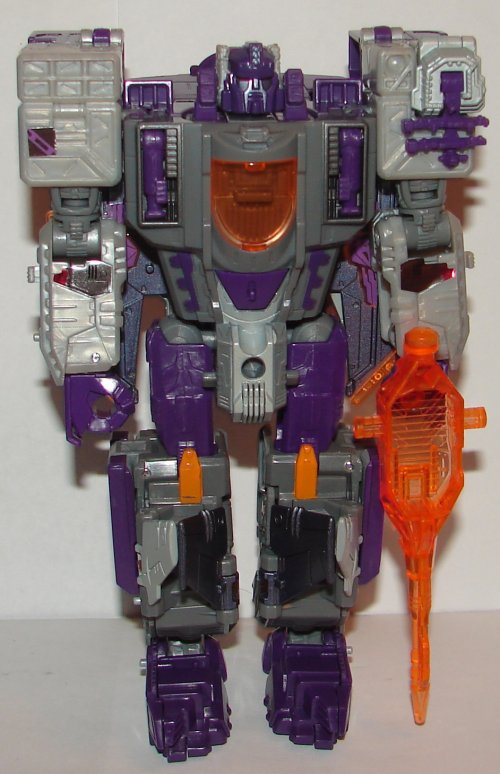 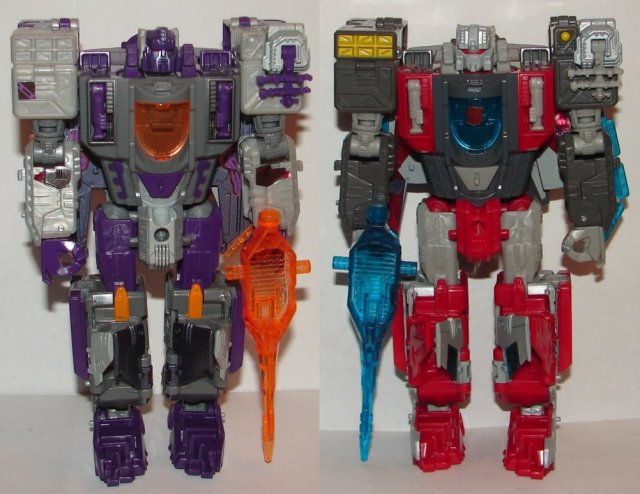 I guess Tidal Wave was the obvious repaint for Broadside. He looks fine, but still retains all of Broadside’s design problems, and of course has a nameless Titan Master.

Overall: It’s not a bad set, but isn’t that exciting either. If you need the Ginrai mold, then it’s definitely worth it.

I’m 36 years old, and I work in network tech support for a public school system. I am a huge fan of Star Trek, Transformers, Harry Potter, and Marvel Comics as well as numerous other fandoms. I’m a big sports fan, especially the Boston Red Sox and the New England Patriots. I collect toys (mostly Transformers but other stuff too), comic books, and Red Sox baseball cards. I watch an obscene amount of television and love going to the movies. I am hopelessly addicted to Wizard Rock and I write Harry Potter Fanfiction, though these days I am working on a couple of different original YA novels.
View all posts by lmb3 →
This entry was posted in Toy Reviews, Toys, Transformers and tagged Fathom, Generations, Ginrai, Magnus Prime, Metalhawk, Pounce, Professor Go, Thunderwing, Tidal Wave, Titan Masters, Titans Return, Toys, Transformers, Transformers Generations, Transformers Titans Return, Transformers: Generations: Titans Return. Bookmark the permalink.