Titan Master: I really like the Octane head sculpt. 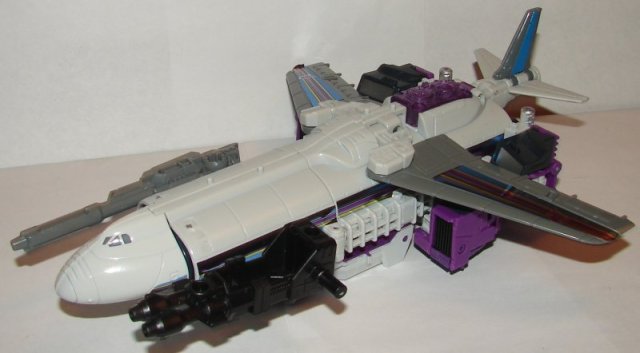 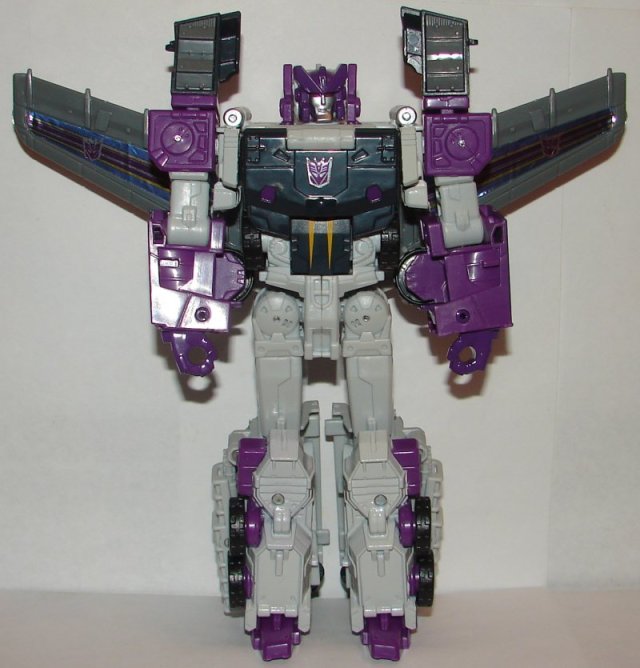 Let’s start with the name.  This isn’t the first time they have not used the name Octane.  I am not certain why.  I believe that octane is not a trademarked word.  They should have been able to use Decepticon Octane.  The name Octone is a pretty meaningless.  As to the toy, he looks amazing.  He has a number of mold changes from Optimus Prime.  His truck mode is unchanged, but he has new wings and a new nose in jet mode.  In robot mode he has a new chest and abdomen (the button that releases the sides of his head).  He also has new front on the pieces sticking up from his shoulders.  Unfortunately, as great as he looks, he has a couple of design flaws.  One is that you can’t swing his arms up at the shoulder and out straight in front of him.  The height of his shoulders is the issue.  You can only swing his arms up to a certain point until they hit his wings.  As I am not really that concerned with articulation, this is not a big deal, but is something they should have addressed when he was designed.  The other issue is the port on his wings that plug into his back in robot mode.  It is not deep enough, and his wings tend to pop out and droop down.  This is unforgivable.  There is no excuse for that.

Overall: Even with the design flaws, Octone is a must.