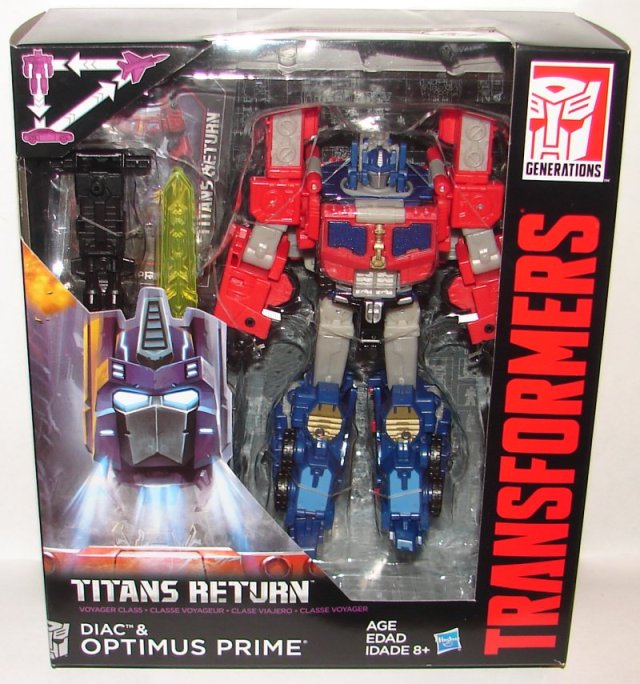 Titan Master: I love Optimus Prime’s head sculpt.  Diac’s name is pretty clearly a Diaclone homage.  He doesn’t look anything like Optimus Prime, so I’m guessing he’s based on a Diaclone toy.  Not a fan of the silver head. 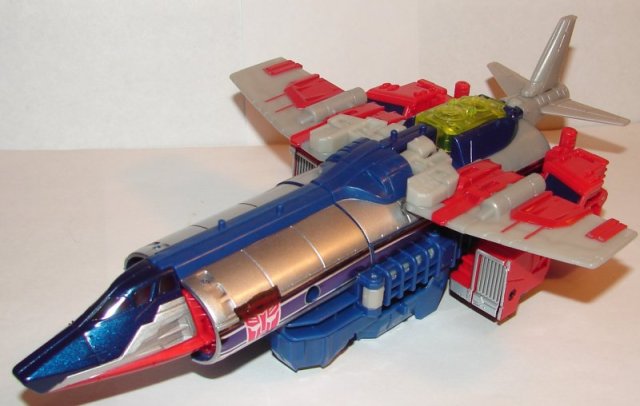 Vehicle Modes: Optimus Prime’s truck mode is pretty awesome.  I do have a couple of nitpicks.  I wish his sword could fit under the vehicle.  (This is also an issue with him in jet mode.)  I hate sticking swords on the sides or tops of vehicles as if it makes no sense.  I can’t complain too much as they have been doing that for years, but if they could have put his sword under the truck and his gun on top it would have looked better.  My other nitpick is the gray plastic right behind his cab.  This could easily have been red if they had made the tail of the jet red instead of gray.  Not really sure why they didn’t.  It’s not a major thing, but is noticeable.  I really like his jet mode.  It’s unnecessary, but we’re getting Octane, so I won’t complain too much.  He does have a couple of bigger issues in jet mode.  His wings do peg in place, but they don’t stay very well.  The sides of his cab under each wing also don’t peg in, but they stay in place.  Still, I would prefer they peg in.  Since the cockpit is flipped around in each vehicle mode, it’s designed for Diac to be placed facing either direction. 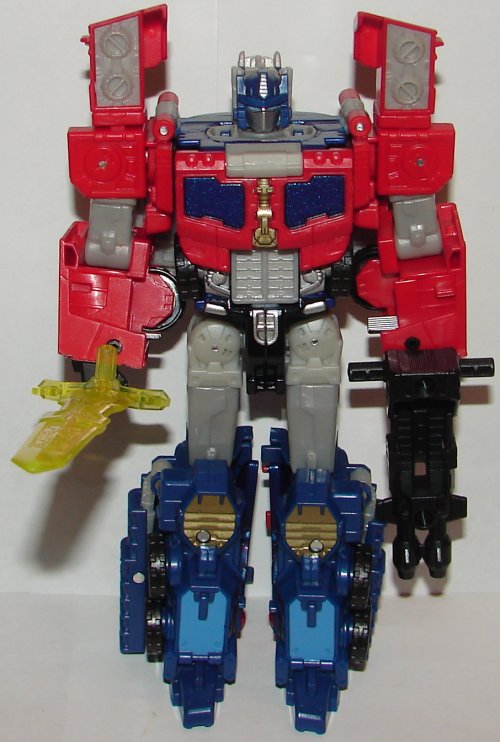 Robot Mode: In robot mode Optimus Prime is perfect.  There is no other way to say it.  He has the pop up pieces on each side of his head since his Titan Master head is small.  I kind of prefer it without them, but either way it looks good.  Obviously this version of Optimus Prime is based on the G2 Laser Rod, but in G1 colors.  I’m not sure why he has gold piece in the center of his chest, but it doesn’t look bad.

Overall:  This is a great toy, but he should be in his G2 Laser Rod color scheme.  We are getting that version in one of the upcoming box sets, so if you only plan to get only one, that is a better homage to the original toy.