Titan Master: So, apparently, Duros was trademarked, so they started moving down the alphabet.  Euros are money so, that wouldn’t have made sense.  Furos made about as much sense as most of their name changes, so that’s how he got his name.  Hardhead’s head sculpt is awesome.

Vehicle Mode: In vehicle mode Hardhead looks amazing.  They have done a perfect recreation of his G1 toy.  This is my favorite deluxe toy so far. 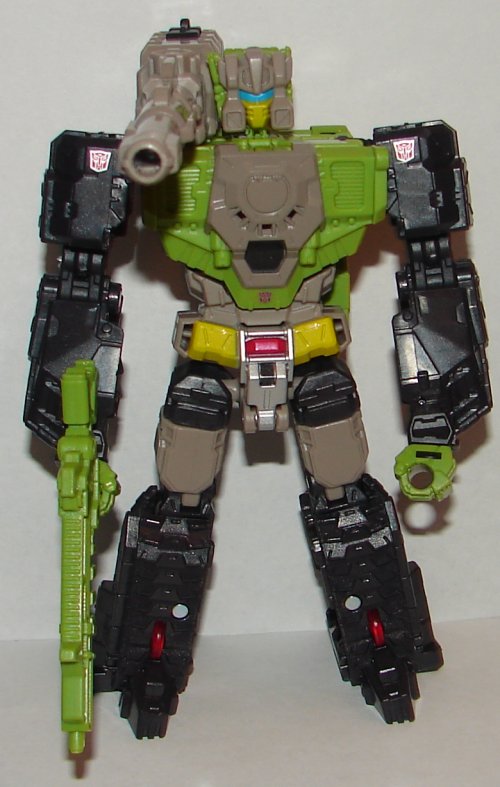 Robot Mode: Hardhead is just as perfect in robot mode.  The colors and paint apps are exactly right.  My only complaint, and it’s a small one is that his wheels should have been black so it wouldn’t be so visible on his legs.

Overall: Hardhead is an absolute must far G1 fans.  It would have been nice for him to have two guns like the original, but that’s a small thing.