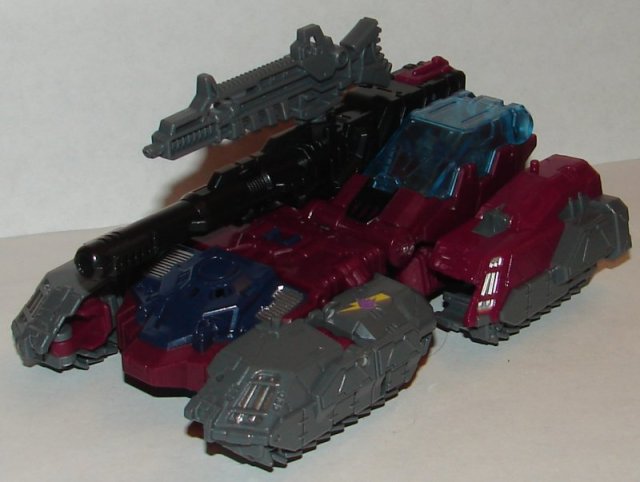 Quake has a great paintjob, a great head sculpt, and is repainted from a great mold.  It’s just not the right kind of tank to be Quake.  This is the kind of shoehorning in toys with the wrong molds that really pisses me off.  It’s not a bad toy, in fact it’s pretty great, but it’s a bad Quake toy.