Read my reviews of the original Japanese release and Toys R Us exclusive USA release of MP-10 Masterpiece Optimus Prime.  I will be focusing on his new paint job only.

I know nothing about Neon Genesis Evangelion, nor do I care.  I just couldn’t resist another version of the amazing MP-10 mold.

This Prime comes with Roller, his axe, and a repainted Spike figure (though repainted into who, I don’t know.

In vehicle mode, his trailer is covered with paint apps.  It really looks sharp, even though the markings themselves mean nothing to me (what the heck is “NERV”).  The cab looks amazing in purple with green and black stripes. 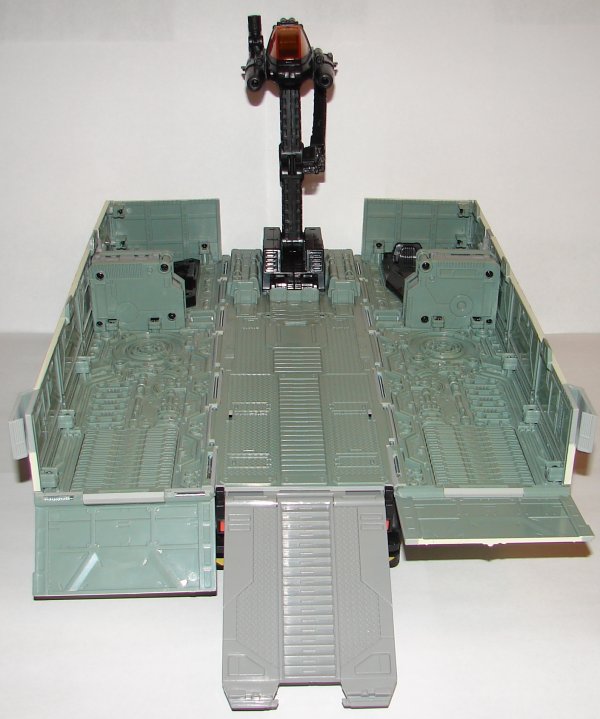 The trailer is pretty much the same as usual inside.  You’ll not his radar dish is missing.  The seller is sending me a replacement.

In robot mode Optimus Prime looks like someone was trying to clone him and tossed some devastator DNA into the mix.  He really looks cool, though I hope we don’t get every Optimus Prime toy in these colors.

Overall: This one is pretty pricey, so it’s certainly only for true completists.

I’m 36 years old, and I work in network tech support for a public school system. I am a huge fan of Star Trek, Transformers, Harry Potter, and Marvel Comics as well as numerous other fandoms. I’m a big sports fan, especially the Boston Red Sox and the New England Patriots. I collect toys (mostly Transformers but other stuff too), comic books, and Red Sox baseball cards. I watch an obscene amount of television and love going to the movies. I am hopelessly addicted to Wizard Rock and I write Harry Potter Fanfiction, though these days I am working on a couple of different original YA novels.
View all posts by lmb3 →
This entry was posted in Toy Reviews, Toys, Transformers and tagged EVA, Evangelion, Masterpiece, Neon Genesis Evangelion, Optimus Prime, Toys, Transformers. Bookmark the permalink.