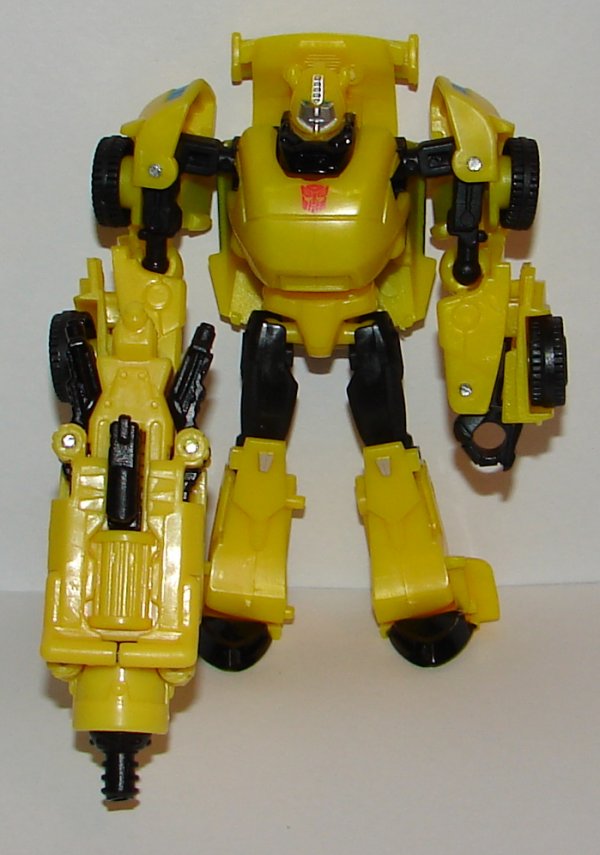 You can read my original review of this toy here.  I like the light yellow color, but he could have used a few more paint apps.  Not bad though.  They have given him a repainted Dark of the Moon MechTech Weapon.  Three years later, these weapons still suck.

This is our first look at Deluxe Bumblebee, Hasbro once again has released the Evolution set before the solo deluxe toy. 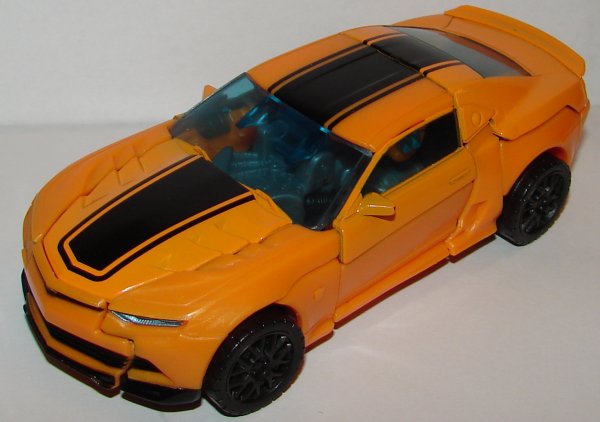 Vehicle Mode: I love Bumblebee’s the new Camaro mode.  Unfortunately, as often happens, Hasbro used the wrong shade of yellow paint for his painted parts, so they look completely different from the yellow plastic.  This really takes away from the look of the toy.  I am hoping the single carded version will have that corrected, but I won’t be holding my breath.

Robot Mode: In robot mode he looks awesome.  His right hand flips around to give him a cannon.  He comes with two throwing stars, which he can store on his back.  I really like his head sculpt.

Overall: I really like this one, and for a few bucks more than the deluxe to get the Legends toy too, it’s really a good deal.

I’m 36 years old, and I work in network tech support for a public school system. I am a huge fan of Star Trek, Transformers, Harry Potter, and Marvel Comics as well as numerous other fandoms. I’m a big sports fan, especially the Boston Red Sox and the New England Patriots. I collect toys (mostly Transformers but other stuff too), comic books, and Red Sox baseball cards. I watch an obscene amount of television and love going to the movies. I am hopelessly addicted to Wizard Rock and I write Harry Potter Fanfiction, though these days I am working on a couple of different original YA novels.
View all posts by lmb3 →
This entry was posted in Toy Reviews, Toys, Transformers and tagged Age of Extinction, AOE, Bumblebee, Evolution, Evolution 2-Pack, Toys, Transformers, Transformers: Age of Extinction. Bookmark the permalink.