I have no idea why the Epic series Optimus Prime is 22 inches tall while the others are something like nine or ten inches (I didn’t actually measure them, so that’s a guess).  Makes no sense to me.  Oddly, they all seem to have ports on them in various places for weapons or accessories, but none are included with them.  These are meant to be used with the figures, but they don’t have accessories either. 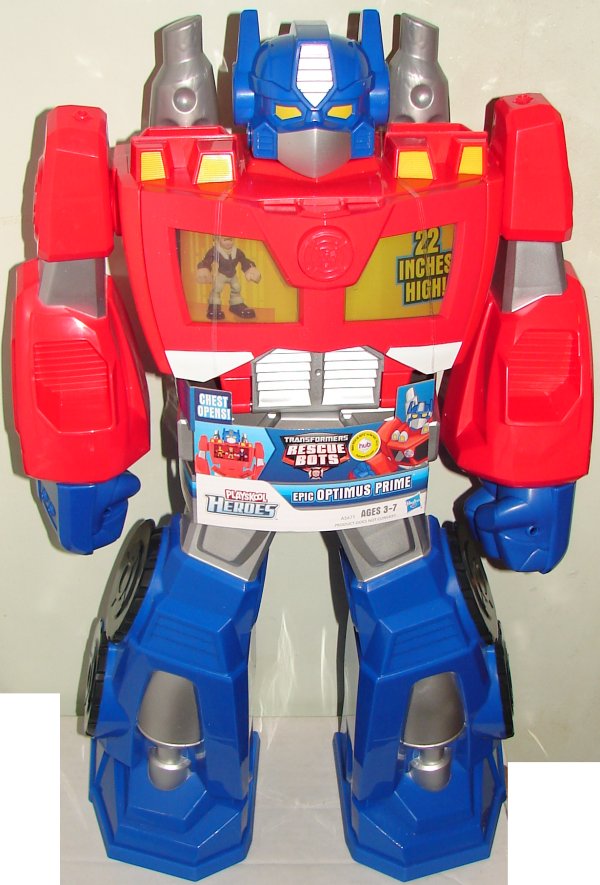 He has two points of articulation, which is fine by me.  No problem getting him to stand up.  His chest open ups so you can put figures in side.  He is so close to being G1, I can see a lot of people picking this up just because of that.  Not horribly priced at $30 considering his size. 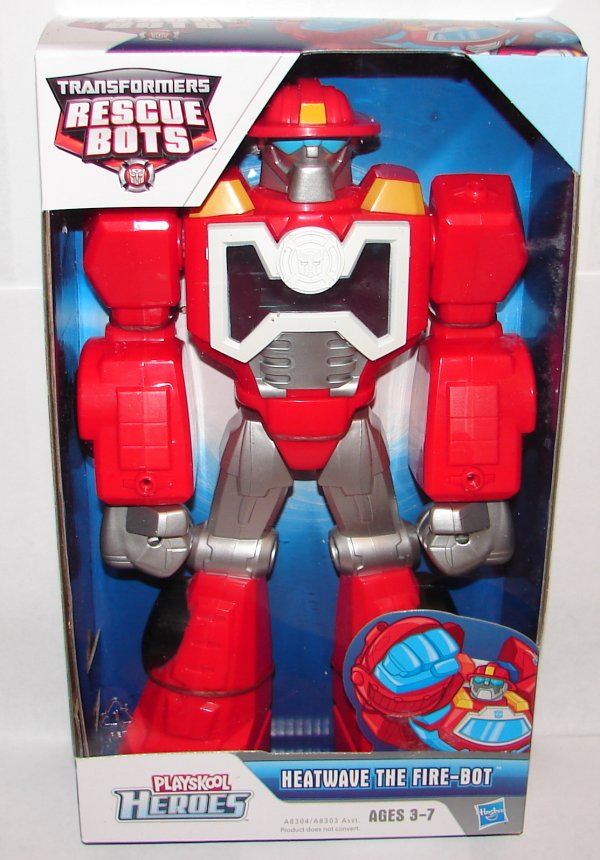 I like the head sculpt, but his chest looks nothing like Heatwave’s does in either the show or the other toys. 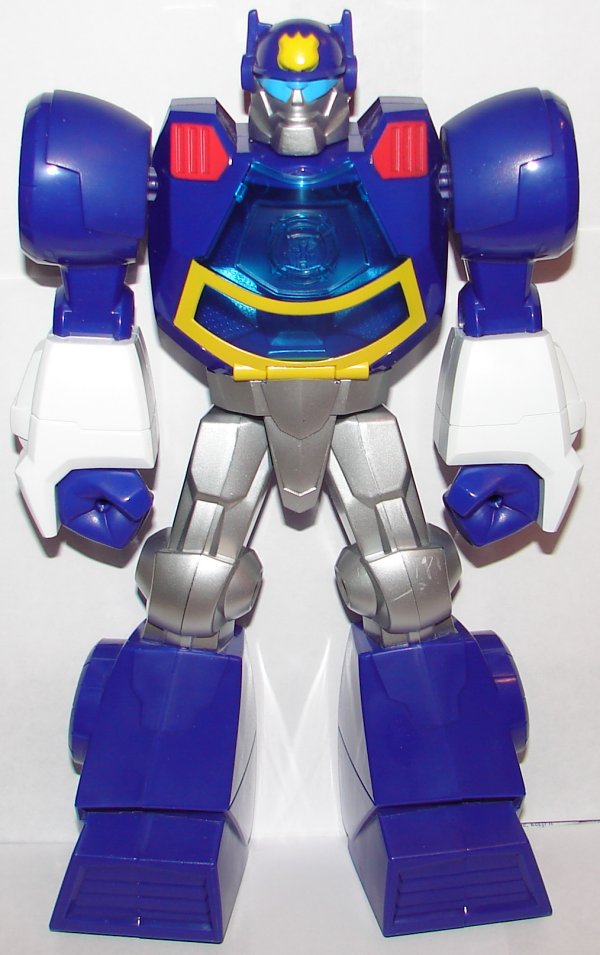 Chase looks a lot more like he does in the cartoon.  His head sculpt isn’t quite right though. 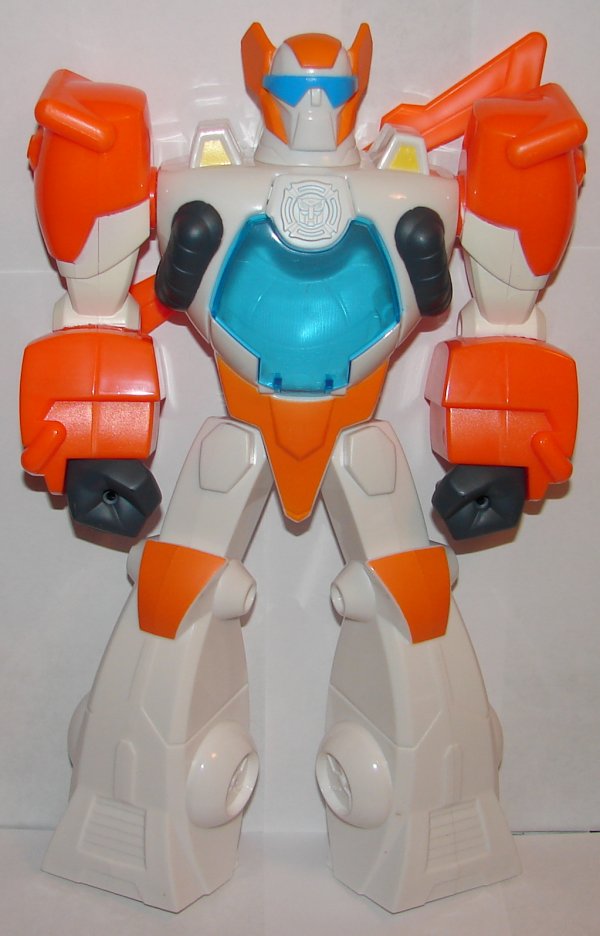 Blades is my favorite of the four.  He looks really close to his animated look.  Kind of unfortunate they bothered to give him a rotor that could rotate.  Would have looked better split hanging down on each side of his back like the animation.  Still looks great.

Overall: I can’t argue against a Prime that looks so G1.  As to the others, at $10, they aren’t that expensive, so again, can’t argue against them.  It’s just too bad that they went cheap on paint apps.  Theses would look loads better if they had painted their Rescue Bots Autobot logos.

I’m 36 years old, and I work in network tech support for a public school system. I am a huge fan of Star Trek, Transformers, Harry Potter, and Marvel Comics as well as numerous other fandoms. I’m a big sports fan, especially the Boston Red Sox and the New England Patriots. I collect toys (mostly Transformers but other stuff too), comic books, and Red Sox baseball cards. I watch an obscene amount of television and love going to the movies. I am hopelessly addicted to Wizard Rock and I write Harry Potter Fanfiction, though these days I am working on a couple of different original YA novels.
View all posts by lmb3 →
This entry was posted in Toy Reviews, Toys, Transformers and tagged Blades, Boulder, Chase, Epic Figures, Heatwave, Optimus Prime, Rescue Bots, Toys, Transformers. Bookmark the permalink.