I was unable to go to Dairycon this year, but I was able to obtain the exclusive toys and accessories.  So much cool stuff this year.  You can read the rest of my Dairycon 2014 blogs here.

Overdrive Convoy was the Dairycon 2014 Lucky Draw Raffle Exclusive.  This is an amazing toy, built from a Universe 2.0 Deluxe Sideswipe.  Let’s start with the packaging.

He comes packaged in an actual metal box.  I can’t say I’ve ever seen that before.  The artwork displayed in the window can be removed so you can see the toy in vehicle mode if you wish.  The art is fantastic.  As noted with the logo on the window, Overdrive Convoy is a member of Dairycon’s Fabulous Fourteen.

Overdrive Convoy is packaged with a number of weapons including a grill mounted machine gun, roof mounted twin electron cannons (which look awesome as Prime’s smokestacks in robot mode).  He comes with a neutron blaster, which only looks like a repurposed Jumpstarter’s weapon.  He also includes a bottle of Optimus Wine and the I.D.W. (Improvised Defense Weapon) AKA Prime’s Pole.  (Click the links for more information on these accessories.)

The wings for the flying vehicle mode plug into the roof gun (which also act as a flight pack when Overdrive Convoy is in robot mode). 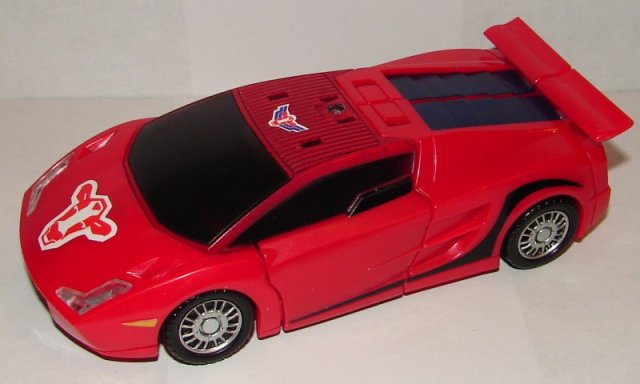 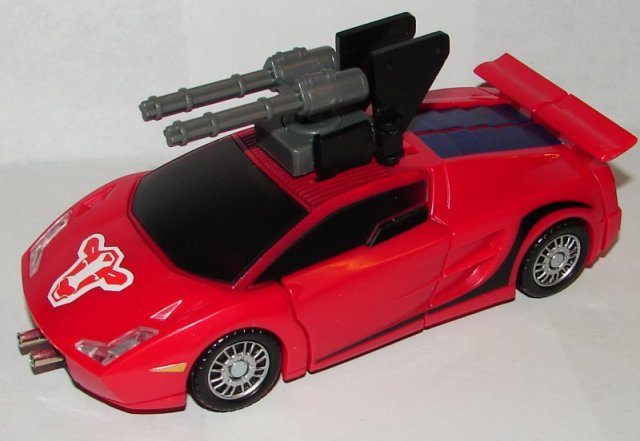 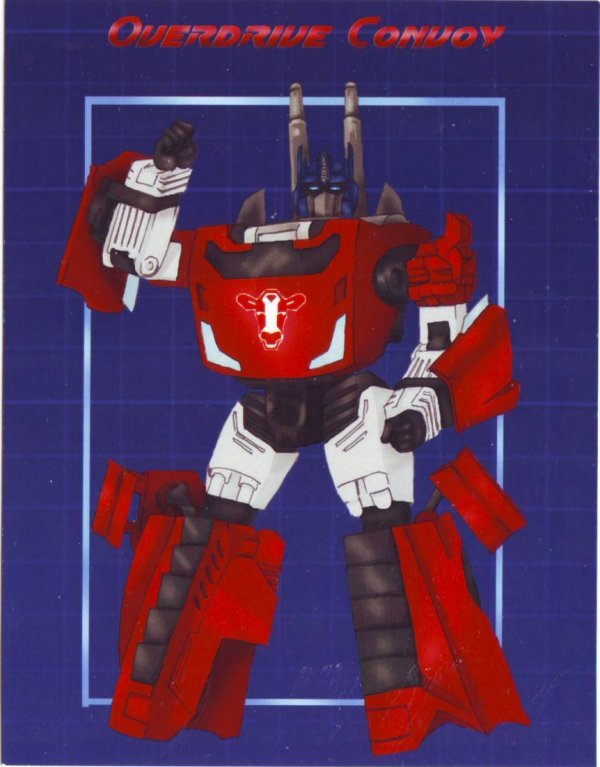 I have to say, this is a fantastic toy. The modifications are clever, all the parts have a purpose.  It’s a great blend of vintage and modern. You can clearly tell what the artist was going for.  This one definitely gets an A+.

I’m 36 years old, and I work in network tech support for a public school system. I am a huge fan of Star Trek, Transformers, Harry Potter, and Marvel Comics as well as numerous other fandoms. I’m a big sports fan, especially the Boston Red Sox and the New England Patriots. I collect toys (mostly Transformers but other stuff too), comic books, and Red Sox baseball cards. I watch an obscene amount of television and love going to the movies. I am hopelessly addicted to Wizard Rock and I write Harry Potter Fanfiction, though these days I am working on a couple of different original YA novels.
View all posts by lmb3 →
This entry was posted in Toy Reviews, Toys, Transformers and tagged Dairycon, Dairycon 2014, Overdrive Convoy, Toys, Transformers. Bookmark the permalink.