Links to all my previous Kre-O reviews can be found at the end of the blog. 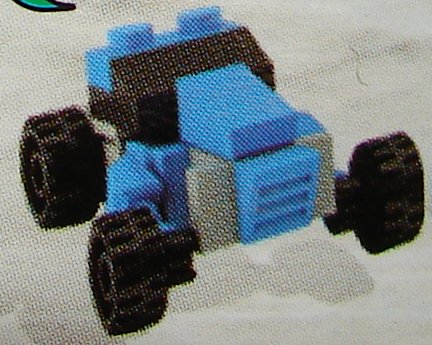 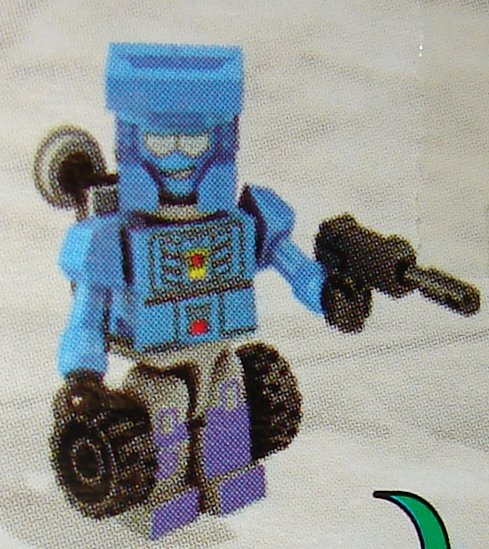 Beachcomber is one of two from this series I have yet to find.  His vehicle mode is okay.  You can only do so much to make him a dune buggy.  His robot mode looks nice and they did a great job simulating the G1 toy’s chest. 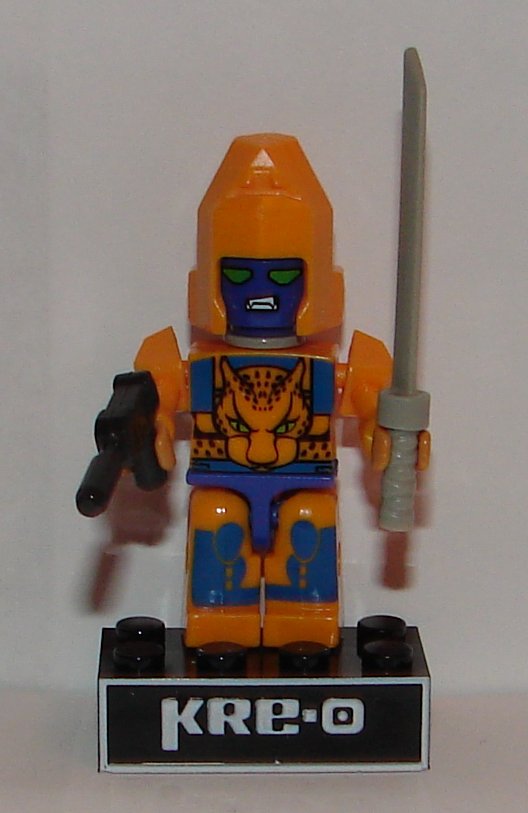 His vehicle mode is as good as can be expected.  I think I would like it a lot better if they had painted blue eyes on his animal head.  His robot mode has great art on his chest, but I don’t like the animal head sticking up on top of his head like that. 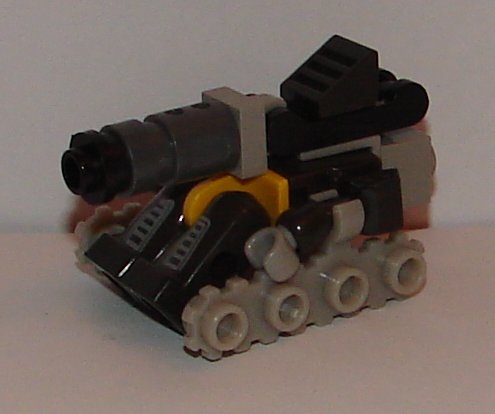 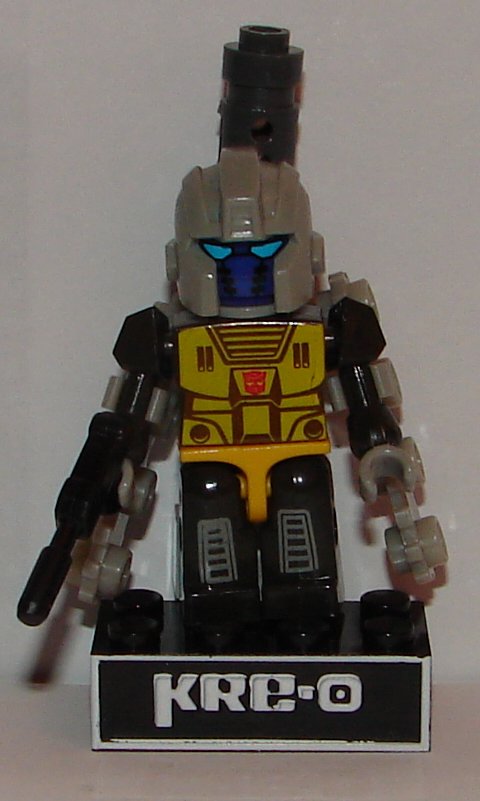 Guzzle is one of my favorites of the assortment.  I love the tank mode and he looks great in robot mode. 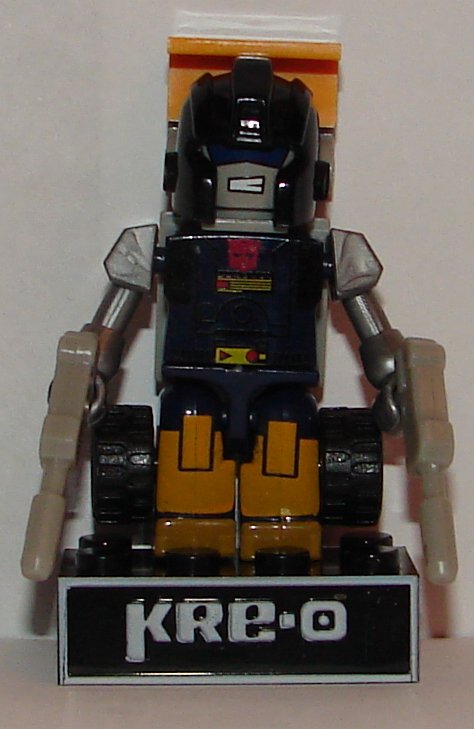 They get huge props for putting a partial hood on Huffer.  It would have been too much to put the full hood over his head, but they did just enough to make it work really well.  Love his vehicle mode too. 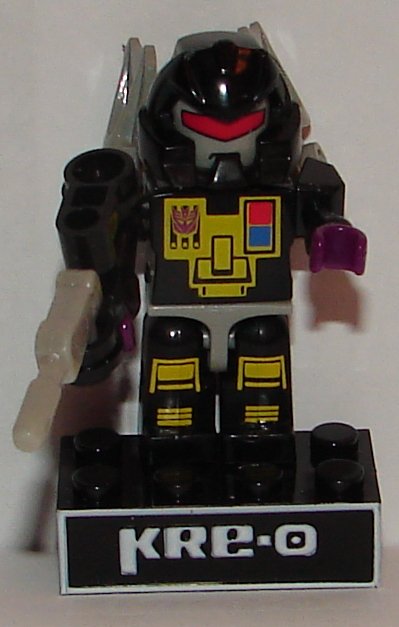 Kickback might be one of the best animal/creature Kreons they’ve made.  I love both modes. 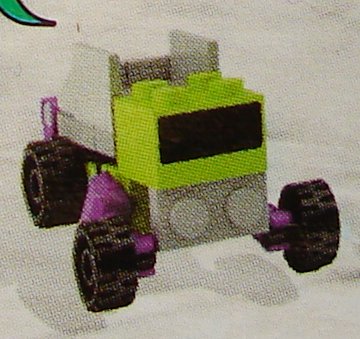 The other one I have yet to find from this series, Long Haul has an awesome truck mode.  I really love his robot mode, but I’m not sure why they gave him the hood like Huffer has. 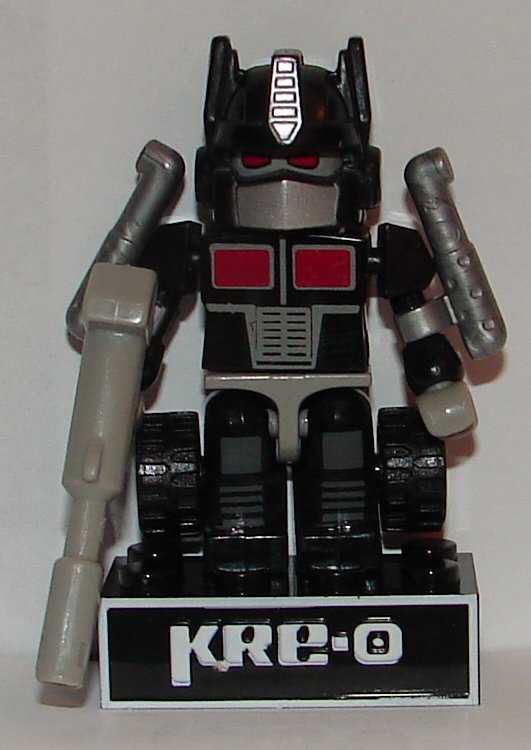 This one really pisses me off.  There are so many core characters who do not have Micro-Changers (Megatron, Soundwave, Starscream, Thundercracker, Skywarp, Prowl, Jazz, Ironhide, Ratchet, Bumblebee, many others, but most especially Optimus Prime) and yet we get Micro-Changers of secondary or even less important characters to the Transformers mythos.  Nemesis Prime is really great in both modes, but I will not be happy until we get an Optimus Prime Micro-Changer.

Nosecone might be the most interesting toy included in the series.  He is clearly meant to be the member of the Technobots, but we have not gotten a Computron set yet, nor has one been announced.  It’s certainly possible that he could be added into a revision assortment of the combiner sets.  It’s also possible we will get another full wave of combiners.  They still have not done Menasor yet.  The only other G1 combiner would be Monstructor, unless they decided to do G2 versions of some of them, which is possible as they did a G2 Devastator Kreon.  I tend to think it’s more likely that Computron will be added into the wave later, as they have also not announced a fourth series of Micro-Changer blind buys to include the fifth and or sixth members.  Certainly possible there is more to come though.  It seems to me that these have sold pretty well.

Back to Nosecone.  He’s really awesome in both modes, I love the colors.

Dirge, Ramjet, and Thrust all use the same mold in different colors.  I would have liked them to do some different wings, but no such luck.  Plus it still pisses me off that we got cone head Micro-Changers, but still no Starscream, Thundercracker, and Skywarp. 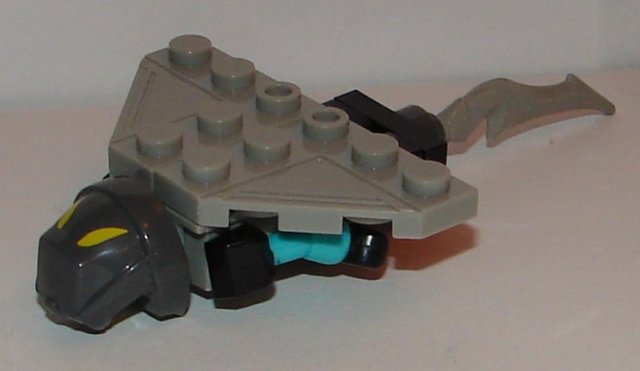 Seawing is probably my favorite of all the Seacons.  They did a really great job on his animal mode.  I love that they painted his eyes.  Robot mode is equally as great. 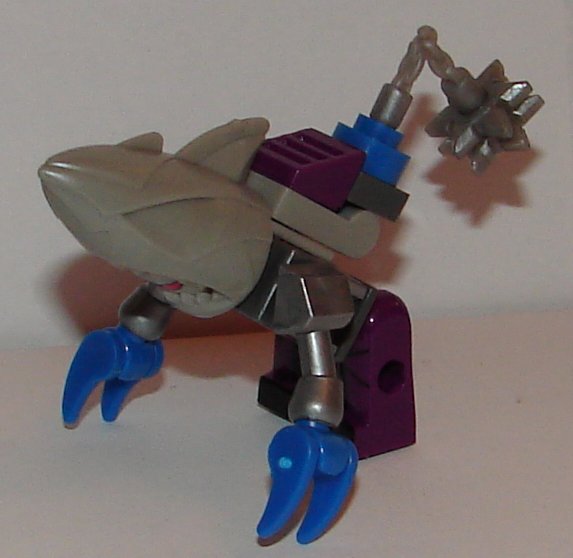 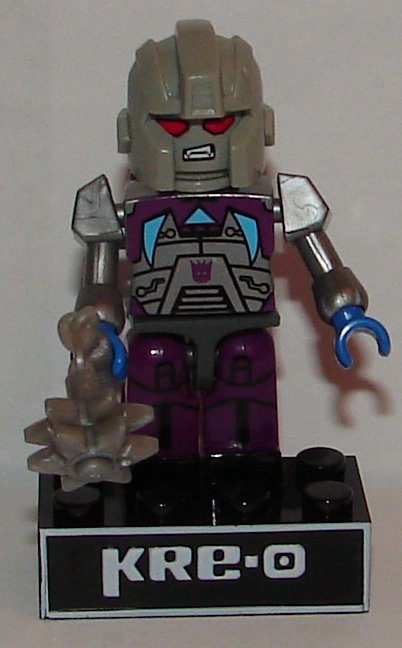 The sixth member of the Seacons, Sharkticon is pretty descent in robot mode.  Animal mode is okay, but not great.

See my comments above about Ramjet.

I’m 36 years old, and I work in network tech support for a public school system. I am a huge fan of Star Trek, Transformers, Harry Potter, and Marvel Comics as well as numerous other fandoms. I’m a big sports fan, especially the Boston Red Sox and the New England Patriots. I collect toys (mostly Transformers but other stuff too), comic books, and Red Sox baseball cards. I watch an obscene amount of television and love going to the movies. I am hopelessly addicted to Wizard Rock and I write Harry Potter Fanfiction, though these days I am working on a couple of different original YA novels.
View all posts by lmb3 →
This entry was posted in Toy Reviews, Toys, Transformers and tagged Beachcomber, Cheetor, Collection Three, Guzzle, Huffer, Kickback, Kre-O, Kreon, Kreons, Long Haul, Micro-Changers, Micro-Changers Collection Three, Micro-Changers Series Three, Nemesis Prime, Nosecone, Ramjet, Seawing, Series Three, Sharkticon, Thrust, Toys, Transformers. Bookmark the permalink.