I’ve put up reviews of all four Micro-Change Combiners, Bruticus, Devastator, Predaking, and Superion.  There are links to my other Kre-O blogs at the end of the review. 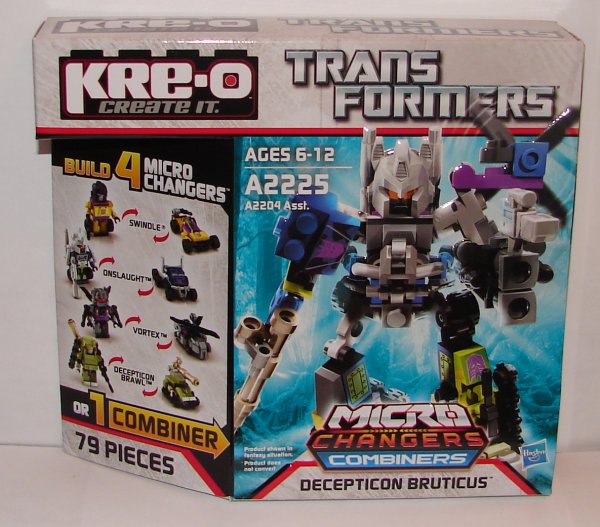 Swindle’s vehicle mode isn’t exactly a jeep, but it’s pretty cool.  In robot mode his chest art is covered up, but there is a piece with art that goes on it.  It’s not as nice as the art beneath, but it’s decent. 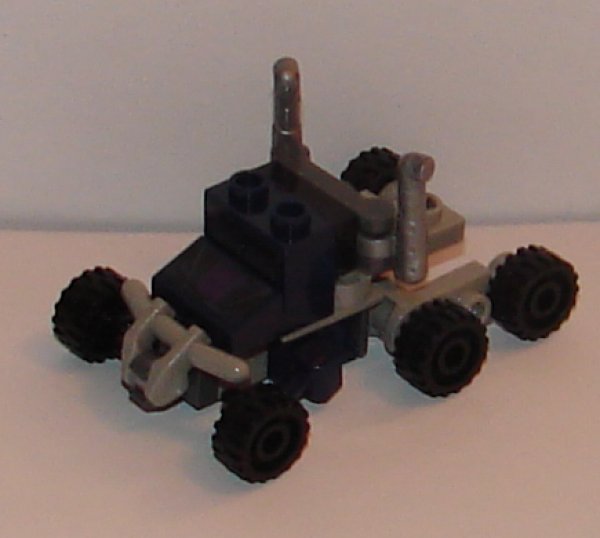 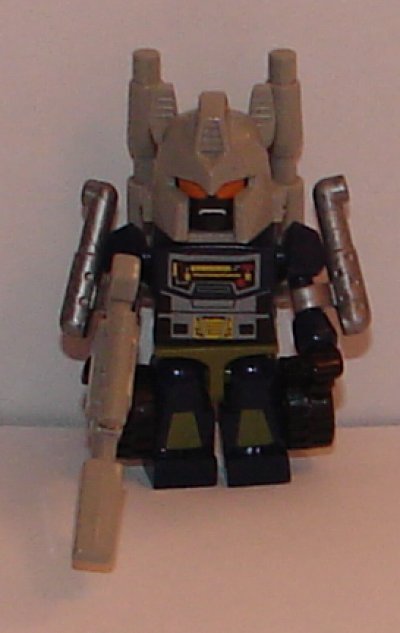 Onslaught has one of the best vehicle modes.  He’s pretty good sized compared to most.  His robot mode is simple, lacking many parts on his back, but his art is not covered up and he looks really cool. 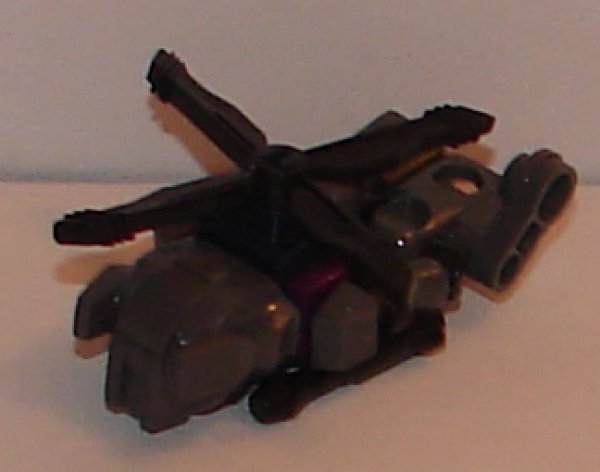 I like Vortex’s robot mode.  He even has a cannon on each arm like G1.  Helicopter mode is a total fail.  They needed something different on the front instead of the head and helmet. 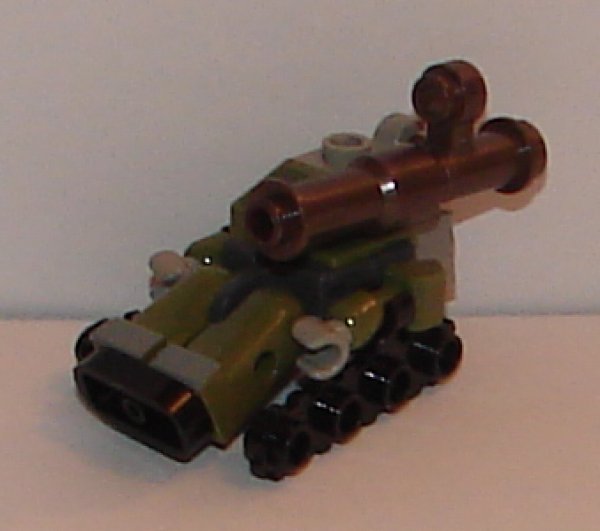 Tanks are one vehicle type they have done a great job with throughout the Micro-Changer line, and Brawl is no exception.  Unfortunately, they covered up his art in robot mode.

These combiners are awesome.  Bruticus has his cannons on his back, and, while his right arms bears no resemblance to Blastoff, the other arms are all G1 accurate.  The only thing that is a problem, and it is on all the combiners, is the lack of real hands.  The Kreon legs aren’t awful.  You’re dealing with a limited number of parts, so I can forgive the hands.

Overall:  This is a great set, and at $10-$12, you really can’t beat the price.  It should also be noted, that Blastoff is available in the first wave of Micro-Changer blind buys to complete the team.

I’m 36 years old, and I work in network tech support for a public school system. I am a huge fan of Star Trek, Transformers, Harry Potter, and Marvel Comics as well as numerous other fandoms. I’m a big sports fan, especially the Boston Red Sox and the New England Patriots. I collect toys (mostly Transformers but other stuff too), comic books, and Red Sox baseball cards. I watch an obscene amount of television and love going to the movies. I am hopelessly addicted to Wizard Rock and I write Harry Potter Fanfiction, though these days I am working on a couple of different original YA novels.
View all posts by lmb3 →
This entry was posted in Toy Reviews, Toys, Transformers and tagged Blastoff, Brawl, Bruticus, Combaticon, Combaticons, Combiner, Combiners, Kre-O, Kre-O Micro-Changer, Kre-O Micro-Changers, Kreon, Kreons, Micro-Changer, Micro-Changers, Onslaught, Swindle, Toys, Transformers, Vortex. Bookmark the permalink.