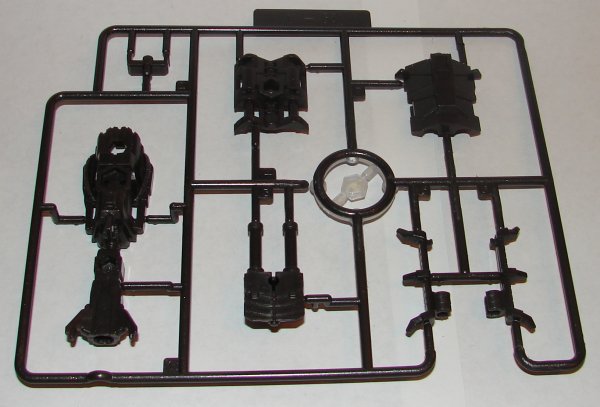 Weapon Mode: Bido is a cannon.  He is designed to replace the cannon that came with the USA Generations Fall of Cybertron Shockwave that his partner is based on.  I’m really impressed with the design of this one, as Shockwave’s USA weapon is very specifically shaped to fit inside his vehicle mode. 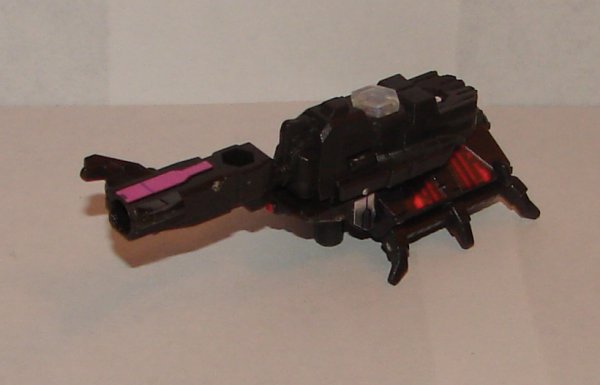 Robot Mode: Bido is a rhinoceros beetle and looks really cool.  He could have used a few more stickers, but it’s very nice.

Shockwave (Based on Transformers Generations Fall of Cybertron Deluxe Shockwave.)

It should be noted that in the USA this toy is not part of the Transformers Prime line, but comes from the Transformers Generations Fall of Cybertron line.  My assumption is that since Shockwave was in the Prime cartoon and he is a major Transformers character, that Takara really wanted to release a toy for Prime.  What I don’t understand is why they didn’t just make a new Shockwave toy.  They made a Breakdown toy just for the Japanese market, why not a Shockwave?  The only logical answer is that Shockwave’s appearance in the cartoon wasn’t something planned out when the toys were being designed so they didn’t create a Shockwave.  Since we know Shockwave will appear in season three, perhaps we will see a real Transformers Prime Shockwave down the road.

Click here for my blog about Transformers Generations Fall of Cybertron Deluxe Shockwave. 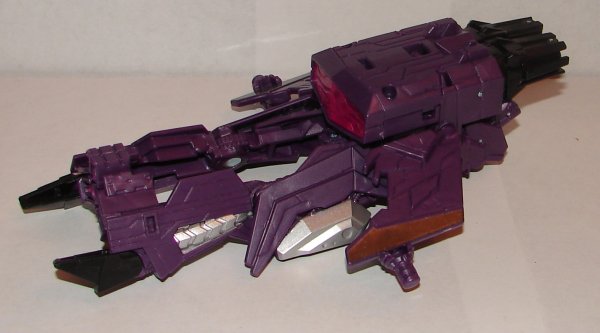 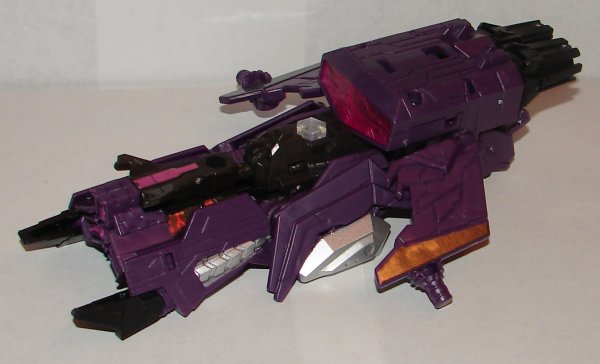 Vehicle Mode: Since a gun mode is out of the question, or at very least a difficult proposition, Shockwave was made into a jet or space ship (some kind of flying thing).  He retains G1 Shockwave’s signature barrel shape.  He’s really a very nice toy overall.  There is just one mold change from the USA version.  Arms Micron ports and pegs have been added to the end of his wings. 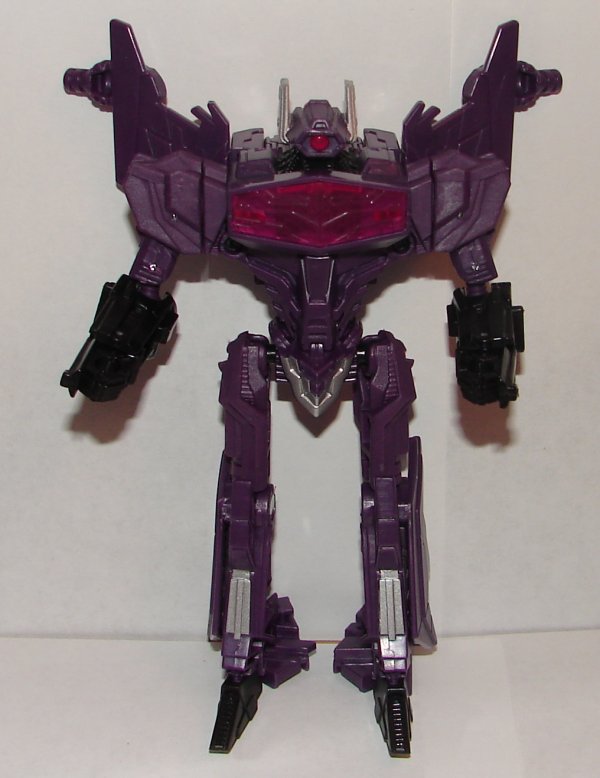 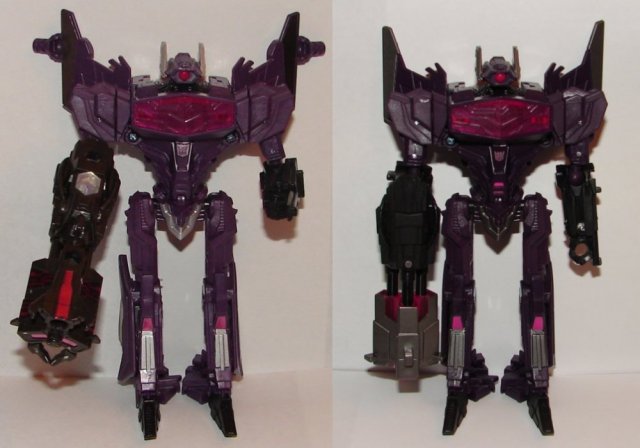 Robot Mode: All that can be said about his robot mode is that he’s perfect.  He is the perfect homage to G1 Shockwave (well, if her were a gun he could be more perfect, but it’s still pretty close).

I’m 36 years old, and I work in network tech support for a public school system. I am a huge fan of Star Trek, Transformers, Harry Potter, and Marvel Comics as well as numerous other fandoms. I’m a big sports fan, especially the Boston Red Sox and the New England Patriots. I collect toys (mostly Transformers but other stuff too), comic books, and Red Sox baseball cards. I watch an obscene amount of television and love going to the movies. I am hopelessly addicted to Wizard Rock and I write Harry Potter Fanfiction, though these days I am working on a couple of different original YA novels.
View all posts by lmb3 →
This entry was posted in Toy Reviews, Toys, Transformers and tagged Arms Micron, Bido, Shockwave, Toys, Transformers, Transformers: Prime. Bookmark the permalink.