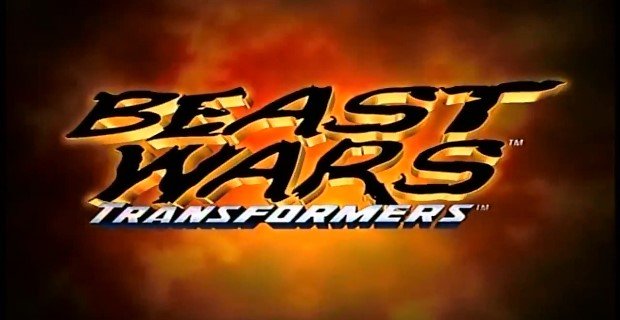 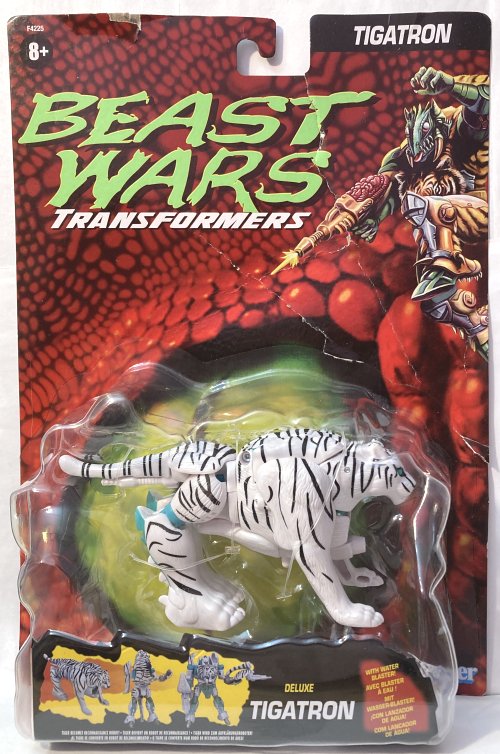 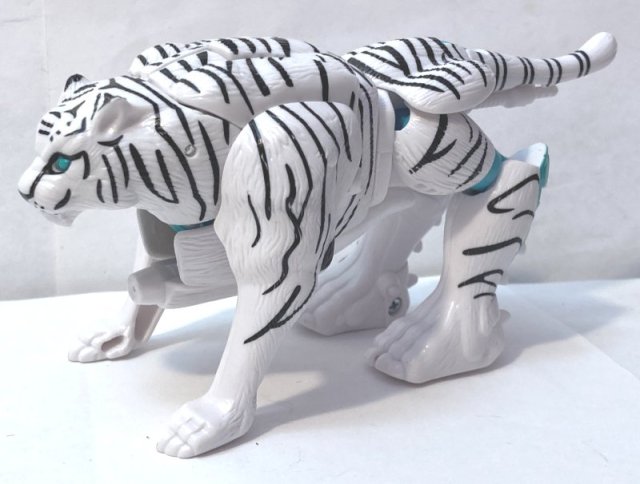 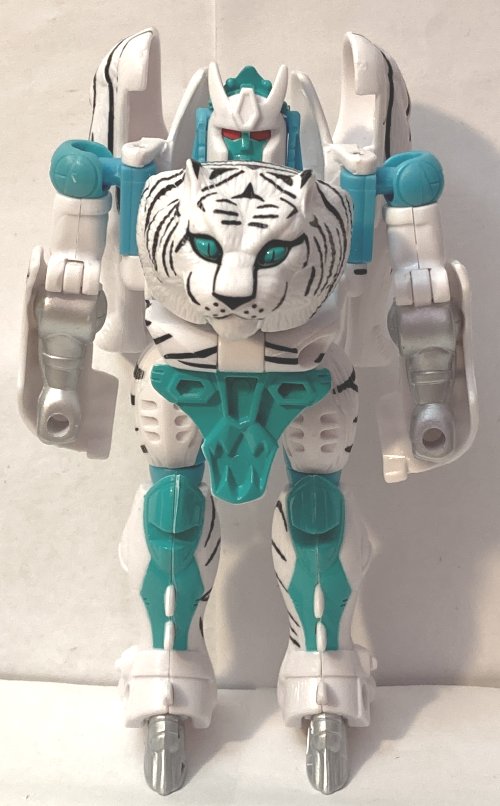 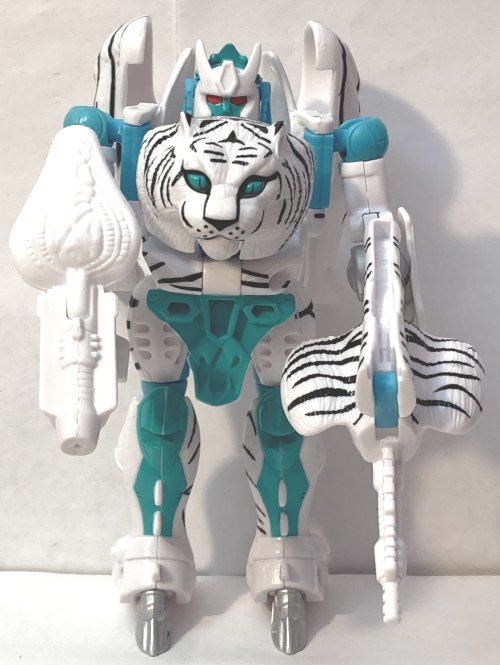 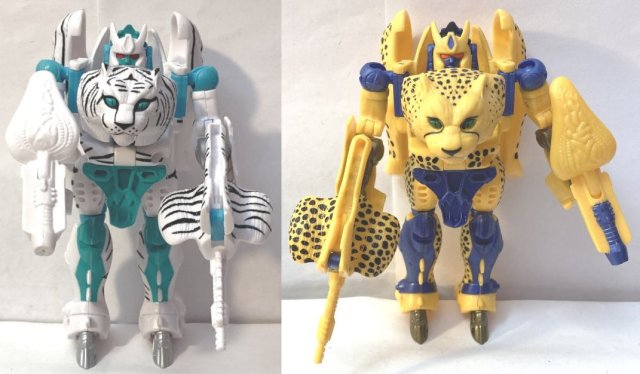 Tigatron is repainted from Cheetor. The original Hasbro version was cream, silver, and green. This Tigatron is based on the Takara paintjob replacing the cream color with bright white. He looks great, but Hasbro really missed an opportunity. It would have been great to finally have this toy with an accurate face.

Overall: Beast Wars may not be G1 (what is?), but it has some great toys. If you have an original Tigatron, you probably don’t need the reissue, but if you don’t, this is a great opportunity to get it considerably cheaper than a MOC original. Of course, it is the Takara paintjob, so if you don’t have that, it may also be worth picking up.

“Let the trails lead where they may. I will follow…” – Tigatron, Transformers: Beast Wars, Fallen Comrades

I’m 36 years old, and I work in network tech support for a public school system. I am a huge fan of Star Trek, Transformers, Harry Potter, and Marvel Comics as well as numerous other fandoms. I’m a big sports fan, especially the Boston Red Sox and the New England Patriots. I collect toys (mostly Transformers but other stuff too), comic books, and Red Sox baseball cards. I watch an obscene amount of television and love going to the movies. I am hopelessly addicted to Wizard Rock and I write Harry Potter Fanfiction, though these days I am working on a couple of different original YA novels.
View all posts by lmb3 →
This entry was posted in Toy Reviews, Toys, Transformers and tagged Beast Wars, Tigatron, Toys, Transformers, Transformers Beast Wars. Bookmark the permalink.