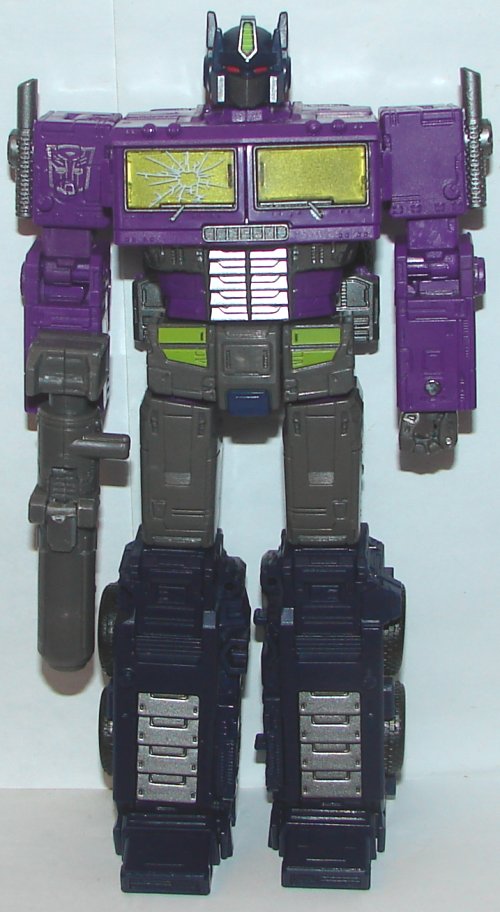 The specter of Anything-But-Fun Publications remains ever present, and thus we get more Shattered Glass. I guess it’s not so bad without the fiction, and they didn’t charge us $150 for $50 worth of toys, so it could be worse. Optimus Prime looks great. He has the broken windshield painted on. I wish just once they altered the mold to actually put the broken windshield in. Colors are perfect, and I love that they gave him the red eyes. 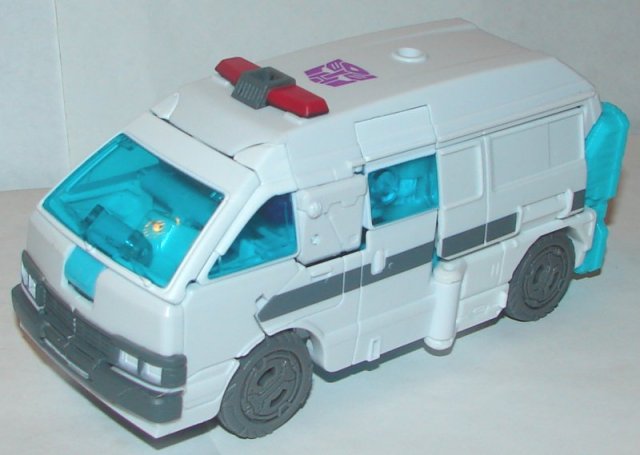 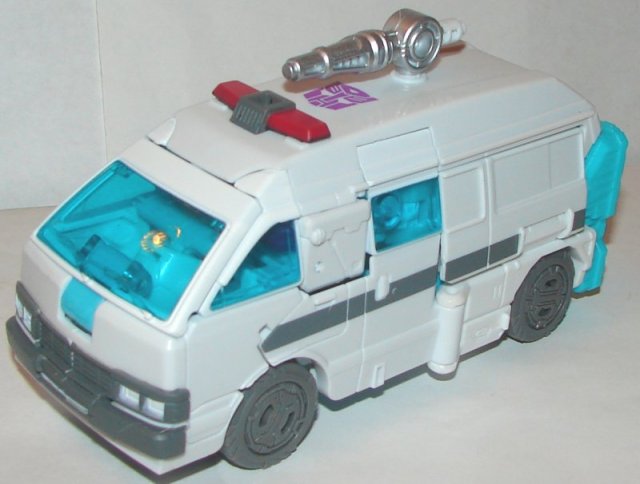 Ratchet looks pretty great, though I’ve never liked the dark face. I would rather his whole head be in darker colors. I love the darker blue windows. I wish they had used them on Ratchet and Ironhide. I really don’t like the blue feet because they look terrible in vehicle mode. Otherwise, he’s a great toy.

Overall: These are great toys, but unless you are a completist, or have some great attachment to Shattered Glass, you can probably skip it.