Toy variations happen for all kinds of reasons. Sometimes they are intentional. More often than not they are a mistake. Sometimes paint color changes happen because they get cheap and use less paint later in the run. Though we may never know exactly why some variations happen, we can usually figure out the logical progression of how a toy went from one version to the next. Then there is the Earthrise Bluestreak, Prowl, and Smokescreen variation that makes absolutely no sense at all.

As an example of a variation that makes sense, back in the good old days of Beast Wars, the original Dinobot toy did not have ratcheting (that click as you move them) shoulders. The repaint called Grimlock initially didn’t either, but then at some point there was a running change adding ratcheting to his shoulders. Late the Fox Kids repaint Dinobot only have ratcheting arms. This all made sense.

The first I heard of the variant on Bluestreak was after the USA version came out The first foreign release had open knees, while the USA version had closed knees. They added (at least that’s how it seemed to me at the time) a bit of plastic in front of his knee joint.

My assumption was that they had added the extra plastic to make it stronger. It’s clear plastic, so it tends to break more easily. It made sense. But that is not what actually happened. They actually removed the plastic to make him easier to Transform. I can see why they would. The closed knee versions are a bit difficult to get transformed without forcing the knees under his roof. How the open knee version came out first in foreign markets, and then the closed one came out in USA later, makes absolutely no sense. If it was just Bluestreak, it would have been weird enough, but both Prowl and Smokescreen come in both versions as well. I don’t know how that is even possible. Did they make half of each of them, change the mold, and made the rest? I wish someone could explain to me how this happened. 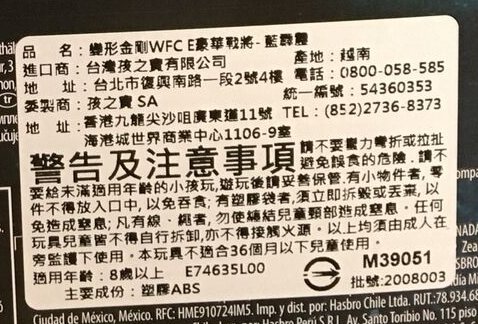 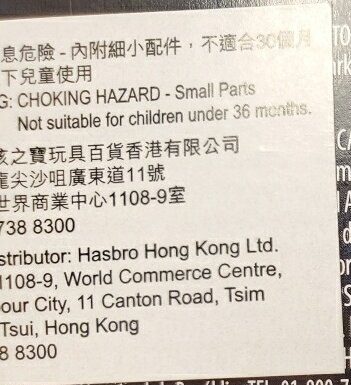 Bluestreak and Smokescreen are easy enough to see in package, and you can tell the foreign version of Bluestreak because at least some of them have a white sticker on the back. Not sure if they all do or not. Prowl is a whole other problem, as he is in a windowless box, and he’s crazy expensive now, presumably because he’s an Amazon exclusive and they didn’t make enough of them. I managed to get a Prowl on eBay at a price that makes me somewhat ill to think about.

Overall: Obviously this is for crazy completists only. I tried to pretend the Prowl variant didn’t exist until I saw a picture. As of now, I have not heard that any Barricades have this variation.