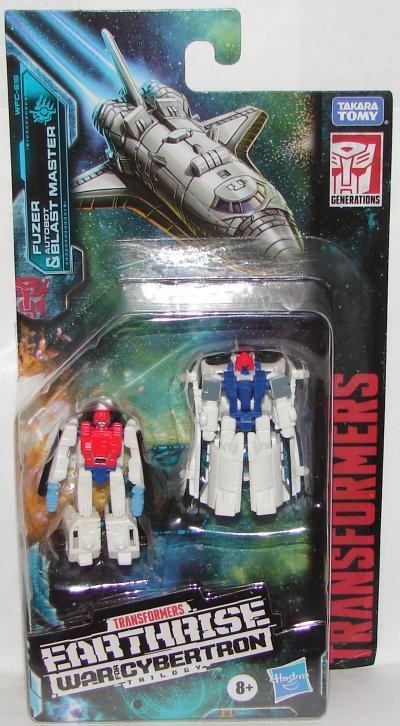 In robot mode Blast Master needed a few paint apps, he’s awfully plain. He’s also very back heavy, an does not want to stand up.

Phaser, or Fuzer, as they are now calling him, looks great. He has guns molded into his hand, which are the thrusters on the bottom of the shuttle.

Fuzer and Blast Master look AWESOME in shuttle mode. It carries the NASA logo, which I love. It would have been nice if they had given the shuttle a name. Unlike other Micromaster teams Astro Squad does not have a gun mode, at least not officially. Each half of the vehicle has a peg to become a gun separately or together, but they are not show as guns in the instructions. It may be that Hasbro realized the gun mode on the Battle Squad was just too stupid, and decided not to do that again. Though that would ascribe a level of awareness to Hasbro that I have rarely known them to have. 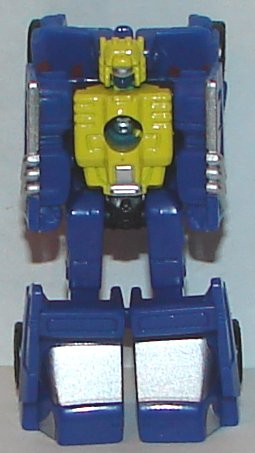 I’m not sure why they changed Ground Hog from purple to blue, but he looks great. I love the flames on his hood. In robot mode, in addition to the change from blue to purple, his yellow is now much lighter.

This “gun mode” looks like the result of a head on collision. It does not look like a gun.

Overall: These are all very cool toys, but Astro Squad is the must have.