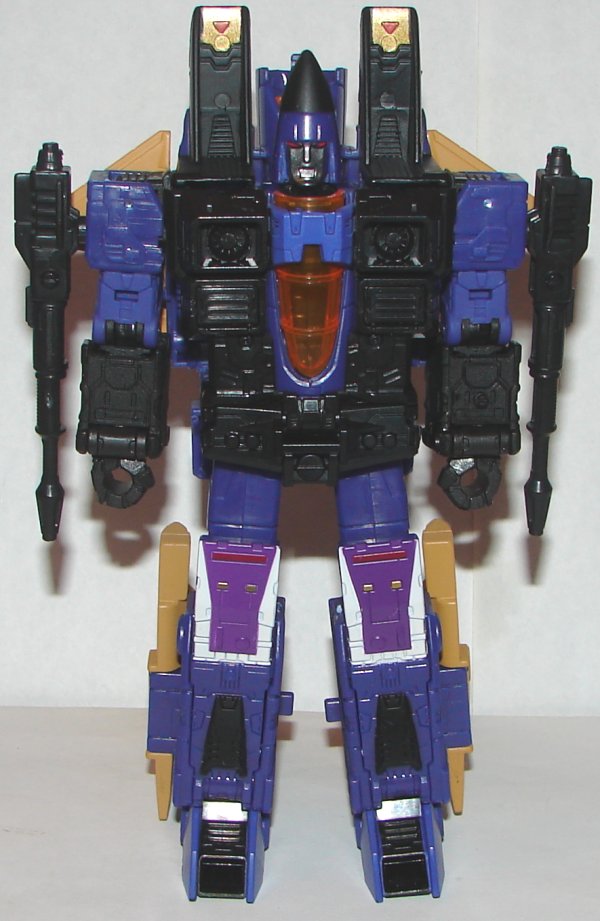 There is very little that needs to be said about Dirge and Ramjet. The new cone heads looks great, and their paint jobs are perfect. I just wish they had new weapons that more closely matched the G1, but that isn’t a huge thing. Now we just need Thrust. However, there is one problem with this set. 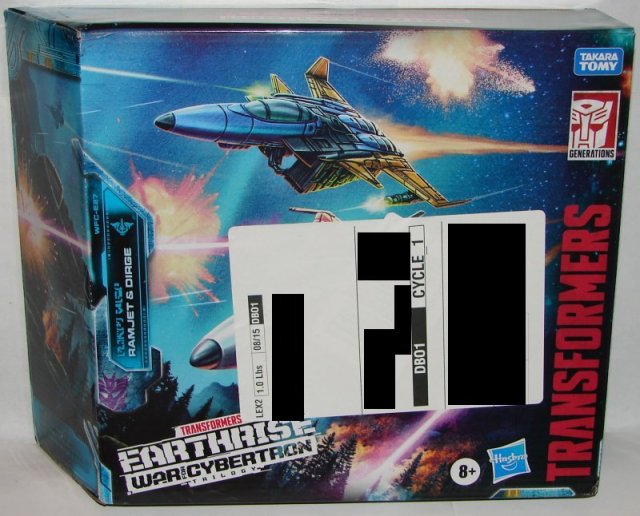 The idiots at Amazon stuck a shipping label on mine and mailed it like that. Even if I wanted to find a way to remove the label, the box is still beat to hell. One corner is basically rounded. This is not how toys should be shipped, and I let them know it even though I was going to open it and toss the box anyway. This is not an acceptable way to mail any product.