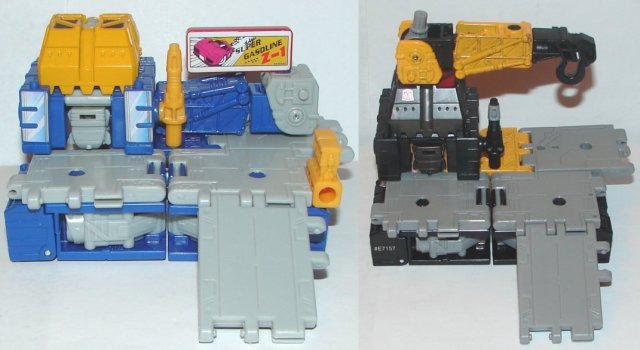 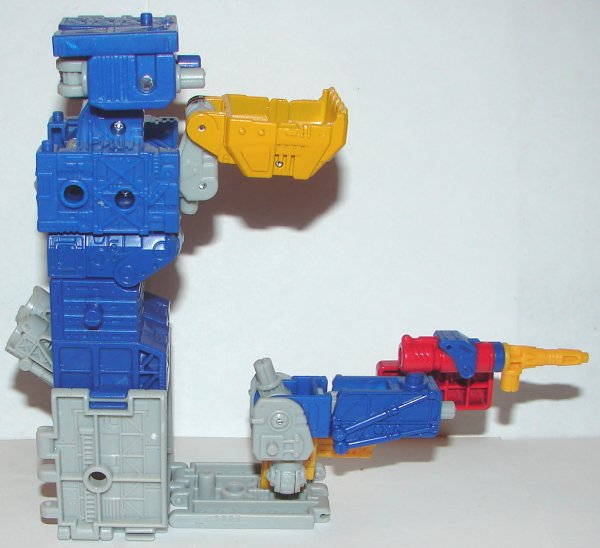 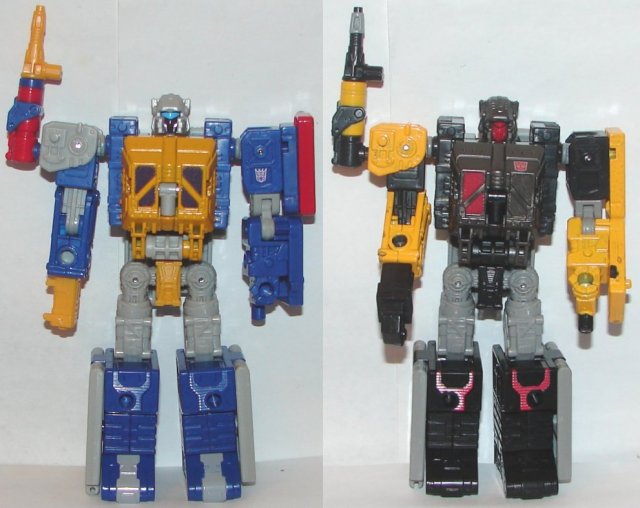 Greasepit has a few part differences from Ironworks, but he also has a completely different mode. Oddly, while he still has the ability to, his instructions do not show him as armor, so he doesn’t have that mode, which is a very strange choice by Hasbro. Greasepit is a gas station as opposed to Ironwork’s construction site mode. Ironworks hook has been replaced by a gas pump, and a sign has been added to his accessories. Like Ironworks he also has a Communications tower mode. His third mode is completely different from Ironworks. Where Ironworks became a bridge, Greasepit becomes…something else. Another gas station? I’m not sure. As far as his paint job, I prefer it to Ironworks, though both toys look great.

Overall: One of these toys is a must, not sure that both are though.