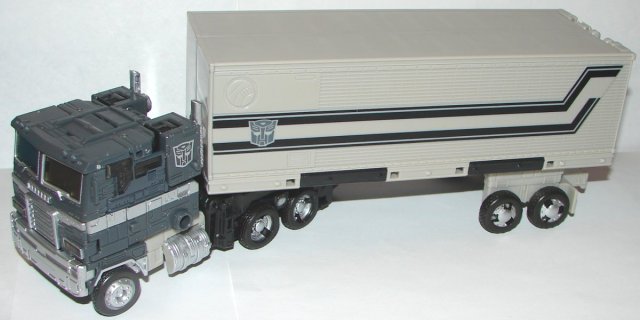 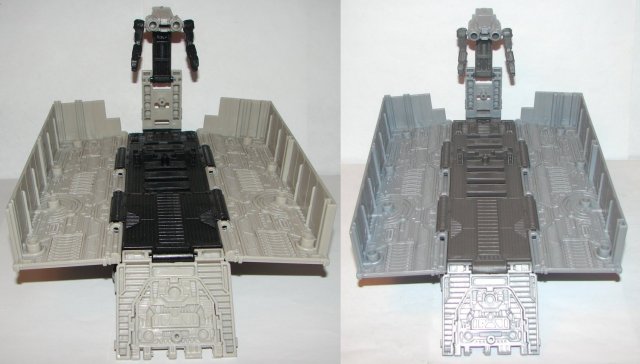 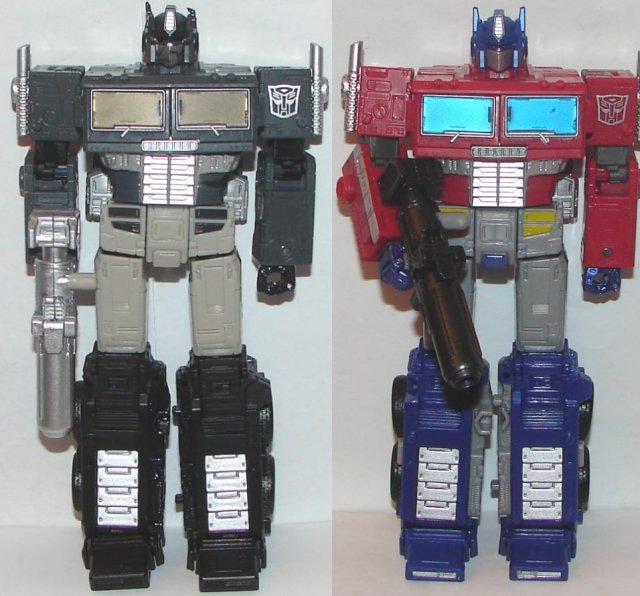 So much to say about this toy. This was supposed to be an Amazon Prime Day exclusive, but the day was pushed back, so the toy was to be shipped around then, but was ultimately pushed back a few weeks. Why they called this toy, “Alternate Universe” Optimus Prime, I don’t know. There were so many other options. Dead Optimus Prime, Sleep Mode Optimus Prime (as has been used in Japan), Transformers : The Movie Optimus Prime, Farewell Optimus Prime, or my personal choice, Your Hero Is Dead Deal With It Hasbro Is An Evil Corporation Who Does Not Give A Shit About Scarring You For Life And Just Needs To Make More Money Optimus Prime (YHIDDWIHIAECWDNGASASYFLAJNTMMMOP for short). You could come up with lots of them. The box is kind of cool. It looks like Optimus Prime’s chest with a grieving Hot Rod, Arcee, and Ultra Magnus reflected in his windows. Touching. The toy itself is Optimus Prime in grayscale. He does have a new battle damaged head that looks very cool. It’s sad they couldn’t at least paint on his fatal wound, or any other damage. But you know how it goes. When Hasbro decides to half ass something, they give it their all. Oddly, they have changed the wheels on his trailer removing the molded lug nuts.

Overall: This is not a bad toy, but it certainly feels like Hasbro didn’t know what else to use the mold for. They could have done The Return of Optimus Prime Optimus Prime in white, The Golden Lagoon Optimus Prime in gold, or give him a movie style paint job. I’d kind of like a G1 style Optimus Prime in movie Optimus Prime colors. The flames would look great, and you could do a lot with them on the trailer. These things would have taken imagination, and Hasbro’s clearly ends with, “I know, we can plaint it black!”