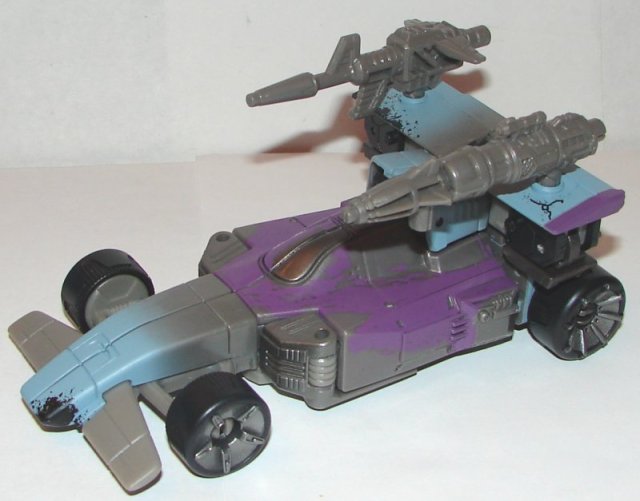 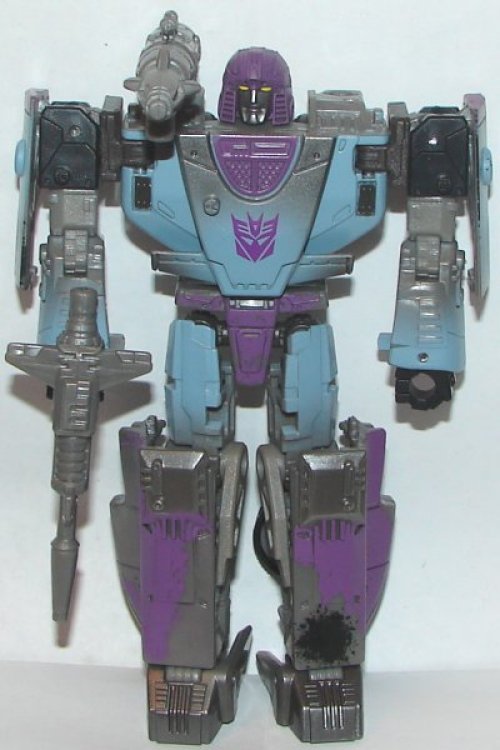 At least the paint job is original even if the concept isn’t. Mirage has never really been a Decepticon, but in the G1 cartoon (and I think the comic) they did stories where he “might” be a traitor, though he never really was. I assume we’re going to see something similar in the War For Cybertron series on Netflix, unless this was just the only idea Hasbro had to repaint the toy. They gave him a really cool paintjob, I just wish they had skipped the battle damage. I miss the days when we got toys without battle damage first, and then battle damaged versions as store exclusives.

Overall: This is a pretty cool version of this toy, but I wouldn’t call it a must have.