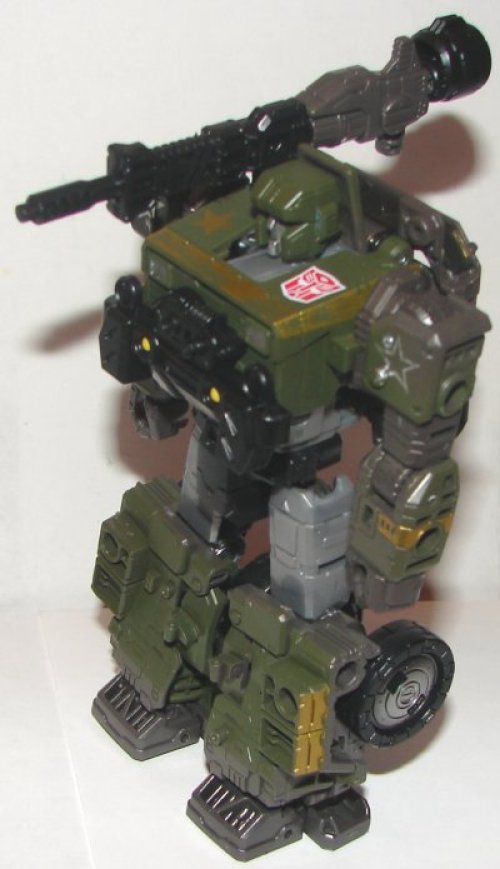 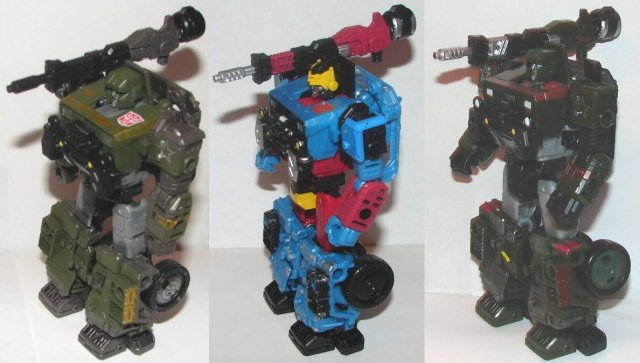 I’m not sure this should even qualify as a repaint. The colors are altered slightly, and it’s been made to look more battle damaged than the original. Frankly, the biggest change is removing the silver paint from his accessories, which really looked great on the original toy. They could have given us a non-battle damaged version, which I would love to have. I don’t get it. You do an exclusive line of toys based on the new cartoon, and give us basically the same toy we got previously with some black paint splattered on it, and other’s removed? That’s really the best they could do? What a waste. At least they could have done a line of repaints with some silly name prefix, like Electro Shock Hound, or Ultimate Battle Hound, or We Are All Out Of Ideas . At least the last one would be honest. To make matters worse, some have complained that Hound’s neck will break off.