Blackarachnia includes a visor and connectors to connect to…something. I’m not sure what. I don’t recall what that visor was for. It’s been a really long time since I’ve watched Beast Wars. She also comes with two additional faces and a second weapon with a string on it. This can use the string to hand from either in robot or beast mode. 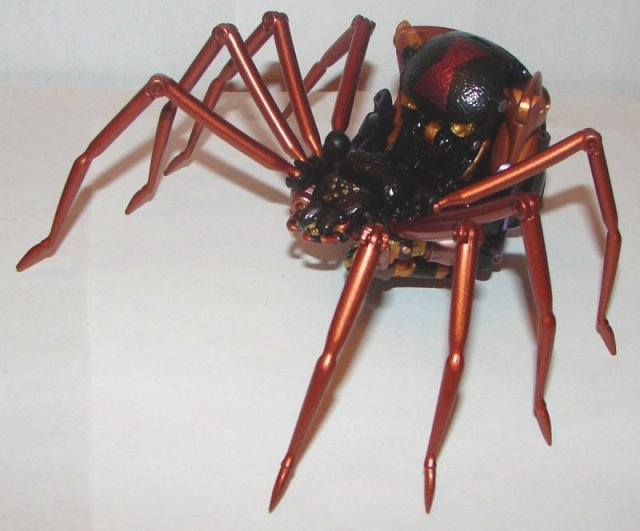 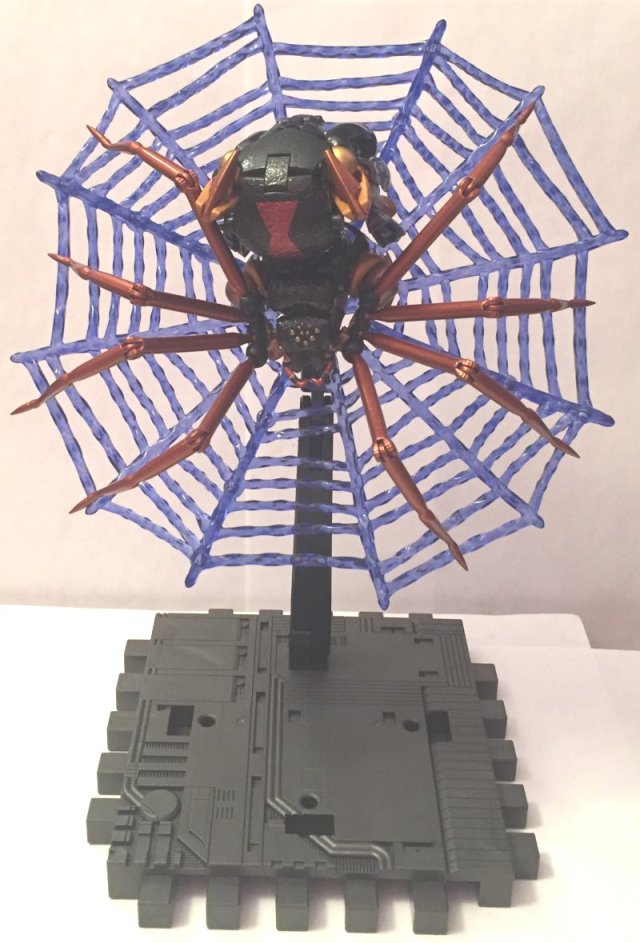 Beast Mode: Blackarachnia’s spider mode is…okay. Colors are perfect, and I like the spider face, but her robot parts are clearly visible on her abdomen, which is oddly shaped. It seems to stand upright. In the cartoon, it was more rounded and suck out back rather than up. Maybe this is how she stood in the cartoon, but it just looks odd to me. She comes with a stand and spider web. It’s not terribly well designed. Her gun plugs into the bottom of her beast mode on two thin shallow ports, and then that plugs into the connector in the middle of the web. She will stay on the web pretty well, but the two thin ports are pretty shallow, and it took me a few tries to get her on there. I then had to be very careful to hold her onto the web while I adjusted her legs.

Robot Mode: The most important thing to note about Blackarachnia is that she is not that hard to transform to robot mode. Definitely the easiest transformation of any Masterpiece Beast Wars toys. The only issue I had was figuring out how to get her breasts and head into position, but once I figured out they can fit through the bracket that holds her back, the rest was easy. Now, I don’t know about transforming her back. I have no plans to do that anytime soon, if ever. In robot mode Blackarachnia looks perfect. Absolutely perfect. Her colors, prefect. Her head sculpt, perfect.

Overall: The spider mode is good, but I just don’t love it. Her robot mode more than makes up for that, and I may be being hard on her spider mode because this toy does not feel worth $130, though she feels less overpriced than Beast Wars Megatron for example.