Until recently, I never knew that View-Master had a 3-D viewer that played sound, nor that they made a Transformers 3-D Cartridge Album for it. 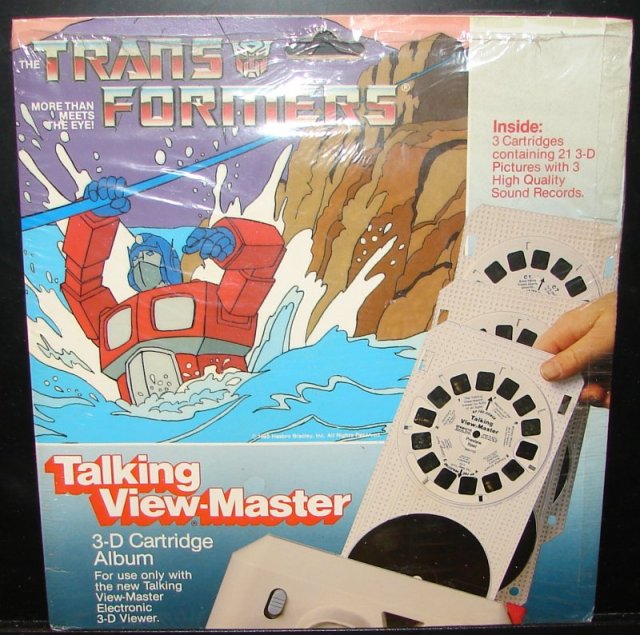 The first thing I noticed was that nowhere on the packaging does it say what episode or episodes this View-Master is based on. However, it’s not too hard to figure out. 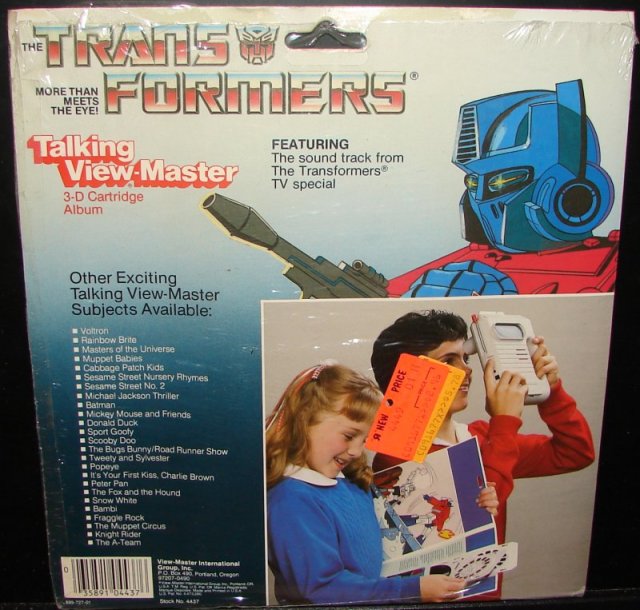 On the back cover it says that it features the sound track from “The Transformers TV Special.” Add that to the picture on the front of Optimus Prime in the water and him and Megatron in the art in the photo of the album with their axe and mace weapons, it’s pretty obvious this is based on the first three episodes of the series, “More Than Meets The Eye.” 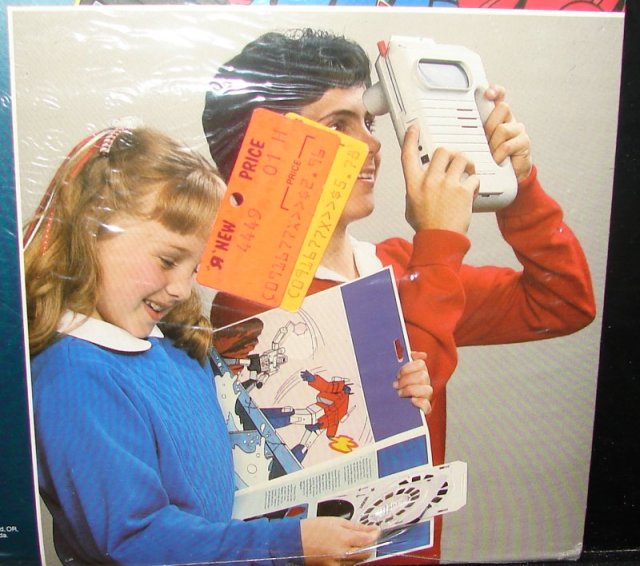 My copy is not sealed, the plastic along the top edge has been cut so I can remove the contents, but I can’t open the album. I thought about sliding it out, but I’m 90% sure I would shred the plastic it trying to put it back in. The album the girl is holding in the picture is not the final product. It was probably a prototype or mock up used for the photograph session. The actual album has an orange background behind Optimus Prime and Megatron as well as the typical Transformers block letter logo across the top. Unfortunately, I can’t read the text on the page opposite the art without removing the plastic, so I have no idea what that says. 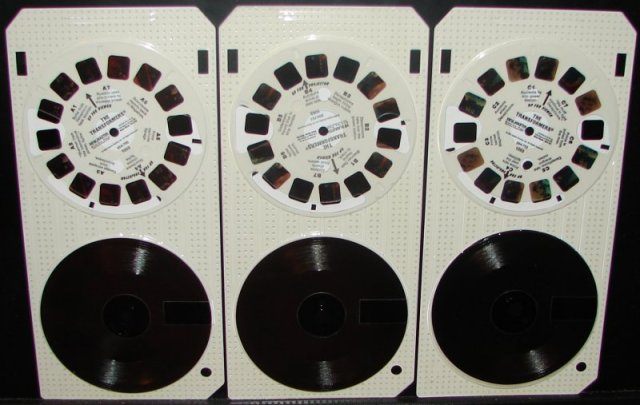 Having never heard of this viewer before, I found the reels themselves very interesting. Each reel is enclosed in a plastic holder along with a small record. (For those of you too young to remember records…you depress me. Google it. 🙂 I wish I had one of those players just to see what it’s like.