Hasbro is doing more almost unpainted Tiny Turbo Changers. It’s very exciting. (That was sarcasm, it’s not exciting at all.) A lot of these toys are nicely designed, but the paintjobs are appalling, though there are a few that are just barely sufficient, so that’s a nice change. I’d be happy to pay $4 each for these instead of $3 if they were correctly painted. It should be noted that this is the first series of these since The Last Knight Series 1 (the first series of Tiny Turbo Changers) to not have any repaints. You’ll want to read the note at the end about that before you give Hasbro any credit. Anyway, on to the reviews.

Blackarachnia looks great, something I don’t think I’ve ever said about a Tiny Turbo Changer. She could use some more paint apps in robot mode, but she has just enough to look great. I love the design of the mold.

The mold looks great, the paintjob is a joke, though better than some others believe it or not. At least they painted his front windshield.

Are you kidding me? Three paint apps if you include his wheels (which should be automatic on every one of these vehicle modes), red stripes on his hood and blue on his eye sand forehead. None of his windows are painted. He’s basically an unpainted prototype, which is doubly unfortunate, because I love the mold. 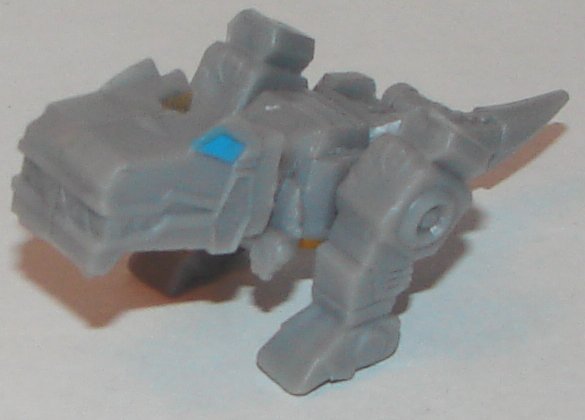 Like Blackarachnia, Grimlock is pretty great. He could have used a couple of more paint apps in T-Rex mode, and I’d love to have his head painted black.

Such a well designed mold, that looks like garbage. Was this designed by the same person who decided that Titans Return Blurr and Scourge should be all blue? God this sucks. A few paint apps and this might be awesome.

Jetfire’s design is great, and his paint apps are almost sufficient, but not quite. Had they painted his boosters red, I would consider him painted enough, but as it is, he’s not.

So Megatron’s tank mode is…there. He’s basically a gray platform with a gun lying on top. In robot mode he’s not too bad. I’d complain about paint apps, but why would you bother put any on his formless vehicle mode? Robot mode could have used a few more, but Hasbro would not want to risk a toy being above average. (Again, sarcasm.) 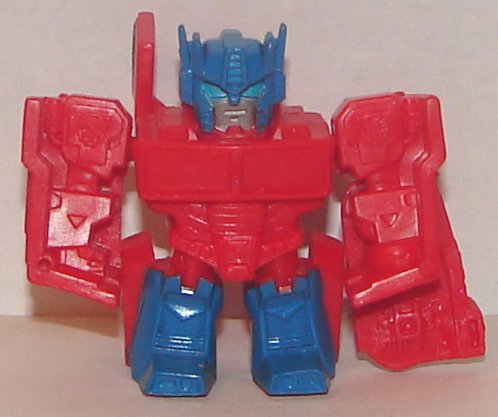 In vehicle mode I like the mold, but the paint job is crap. If the windows and grill/bumper were painted it would look pretty good. Not sure why his fenders are red, that makes no sense and seems to serve no purpose. In robot mode the paint apps are completely insufficient. They gave him his axe for his left hand, but it looks like crap. It’s molded on a flat panel. Had they painted the axe, it might be half way okay, but as is it looks like crap.

Are you kidding me? They didn’t even paint his wheels. The mold looks great in both modes, but the paint apps are a joke. This one is a crime. 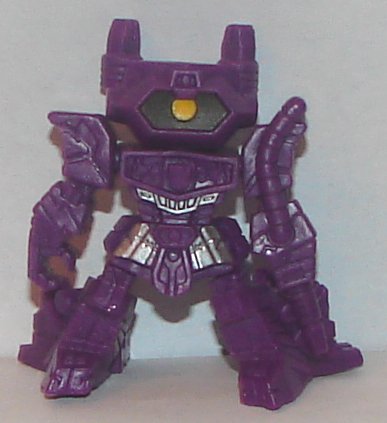 Shockwave looks great in robot mode and has barely acceptable paint apps. In vehicle mode, if you can call it that, he looks like a pile of garbage. He is supposed to have four legs in tank-walker mode and only has two. 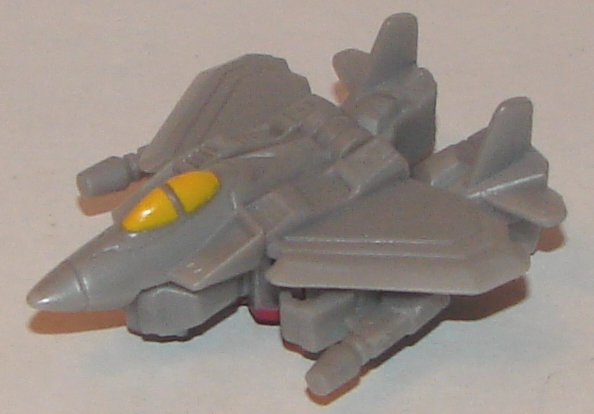 It goes without saying that his paint apps are woefully insufficient. At minimum he needed red stripes on his wings and his whole head painted. It’s a great mold though, and if they were to be painted correctly, I’d love to have all the jets from this mold.

Overall: Yet another series of poorly painted toys. Hasbro has been phoning these in since the first series, and now they’ve decided not to even try. Series two will include only four new molds, and the other eight aren’t even repainted (at least as far as I know). That’s right. Eight of these same toys will be part of series two.

I’m 36 years old, and I work in network tech support for a public school system. I am a huge fan of Star Trek, Transformers, Harry Potter, and Marvel Comics as well as numerous other fandoms. I’m a big sports fan, especially the Boston Red Sox and the New England Patriots. I collect toys (mostly Transformers but other stuff too), comic books, and Red Sox baseball cards. I watch an obscene amount of television and love going to the movies. I am hopelessly addicted to Wizard Rock and I write Harry Potter Fanfiction, though these days I am working on a couple of different original YA novels.
View all posts by lmb3 →
This entry was posted in Toy Reviews, Toys, Transformers and tagged Blackarachnia, Bumblebee, Cyberverse, Drift, Grimlock, Hot Rod, Jetfire, Megatron, Optimus Prime, Prowl, Shockwave, Soundwave, Starscream, Toys, Transformers, Transformers Cyberverse. Bookmark the permalink.