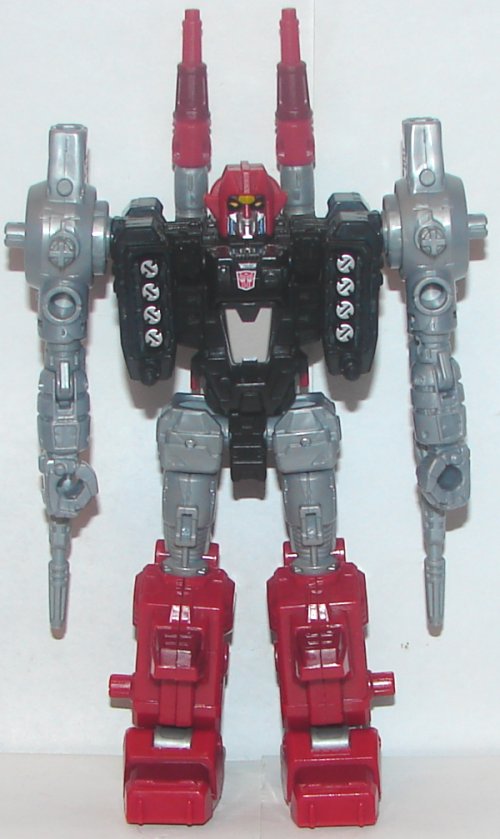 Cromar is based on the G1 Powerdasher plane version. This is doubly bizarre as Sixgun was supposedly a tank, even though he clearly isn’t a tank. I like this mold even better as Powerdasher than I did as Sixgun. I think the mold looks a lot better in these colors in both modes. What really make this toy is the new head sculpt, and even more than that is the perfect paintjob they did on his face. It looks just great.

Overall: I love that the Powerdashers are getting homages. They are pretty much a footnote to the G1 Transformers line. I give Hasbro credit for this, but when you look at how badly they failed in other areas, homages the Pretenders, giving us just a handful of them for example, the good just doesn’t outweigh the bad, but this is a great toy.